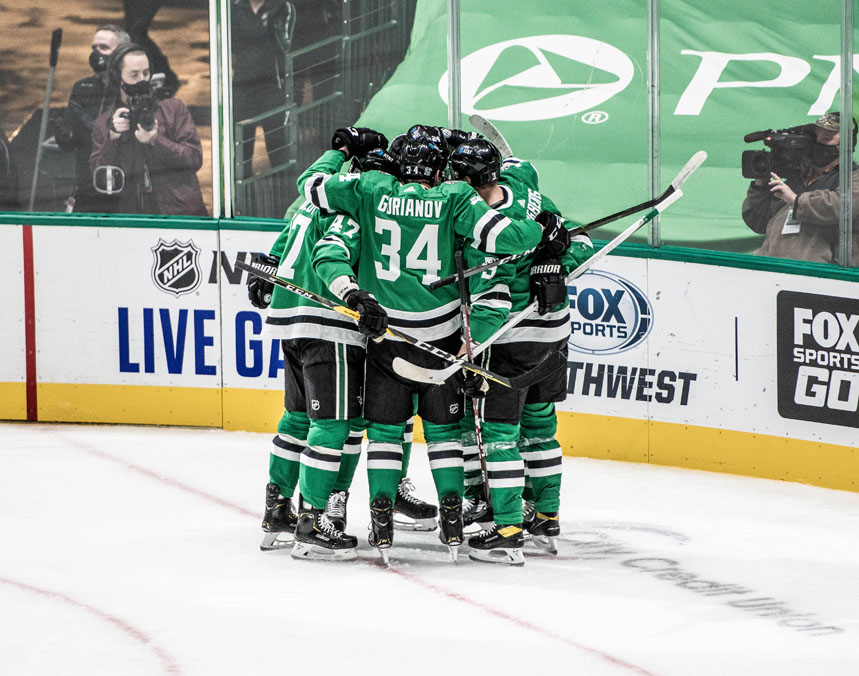 It wasn’t pretty- but for what felt like the first week all season, the Dallas Stars truly took care of business.

Matched up with the rebuilding Detroit Red Wings in a playoff style four game home-and-home set, the Stars even ousted their overtime woes for a pair of wins beyond regulation and straight domination in Tuesday and Saturday’s wins.

After six straight against lowly Columbus and Detroit, the rubber hits the road with four matchups against three of the top four in the top-heavy Central division this week.

Here’s how each unit breaks down entering the penultimate week of the regular season as Dallas continues to try to catch the Nashville Predators for the division’s final playoff spot.

As Dallas continues to await the possible return of Tyler Seguin, the Stars attackers seem to finally have found a groove. Dallas reamed 11 goals past a patchwork Detroit defense in the first three games- but ran into an absolute brick wall in the Red Wings’ journeyman netminder Jonathan Bernier- who stole the show with a whopping 50 saves in defeat before Jamie Benn’s overtime winner- only Dallas fourth overtime win in 15 tries.

Jason Robertson, Joe Pavelski and Roope Hintz have been the Stars’ offensive bell cows skating on the top line- and all scored goals to start the week. Denis Gurianov- who set the tone last week with three goals in two games, also added a big goal.

In wins this week, Dallas’ blue line was nothing short of dominant- despite a banged up Miro Heiskanen. The 2019 All-Star missed the second night of the back-to-back in the home games against Detroit, but Dallas backchecking didn’t suffer- suffocating Detroit attackers for just 17 shots and a whopping +35 shots margin.

From an offensive standpoint, Mark Pysyk- who was Dallas lone free agent addition last offseason- scored just his second goal of the season to level Saturday’s game. General manager Jim Nill and co. looked smart for holding onto wiley veteran Jamie Oleksiak at the deadline after he scored his fourth of the season in Tuesday’s win.

This week was a tremendous struggle for Dallas netminders, for one reason- Thursday’s game. In a 7-3 drubdefeat, starter Anton Khudobin allowed three goals on just eight shots- including this bizarre softy for Richard Panik’s first since being acquired from Washington.

Richard Panik gets his first as a Red Wing! Three goals in the first for Detroit!#LGRW pic.twitter.com/Qw4Z9R7QLG

The performance was one of the Stars’ only games this season where its goaltending looked like a liability. Oettinger entered in relief and allowed three more Red Wing tallies before and empty netter to seal the deal.

Khudobin bounced back in a big way, stopping 15 of 16 in Saturday’s OT win, but was helped heavily by the massive ice tilt toward Dallas’ end. Rookie Jake Oettinger started Tuesday’s win on the back-to-back for his only start of the week.

Detroit isn’t exactly a good measuring stick for Dallas in special situations, as the Wings sit 25th in killing opponent penalties in the NHL. Even so, the Stars struggled with the man advantage on the week. Dallas got one power play marker in Monday’s win, and scored twice on the power play in Thursday’s blowout loss- about the only thing that went right in that contest.

After leading the league for weeks with 11 power play  goals, Chris Kreider of the New York Rangers has finally caught Dallas’ Pavelski for the league lead. “Power play Joe” hasn’t tallied a marker since March 25 against Tampa Bay.

This is finally looking like the Stars team many expected entering the season. At the perfect time, this group has a clear task and is putting the much-maligned narratives that have plagued the defending Western Conference Champions far behind them. The COVID delay? The team has remained healthy over the past few weeks. The injury bug? Seguin could be back soon. Failure to win in overtime? Dallas won twice this week in the extra sesssion. Failing to capture games in hand? Dallas did so Saturday night while fourth-place Nashville set idle.

The opportunity is there- now it’s on the Stars to step up and punch above its weight class and seize the fourth spot.