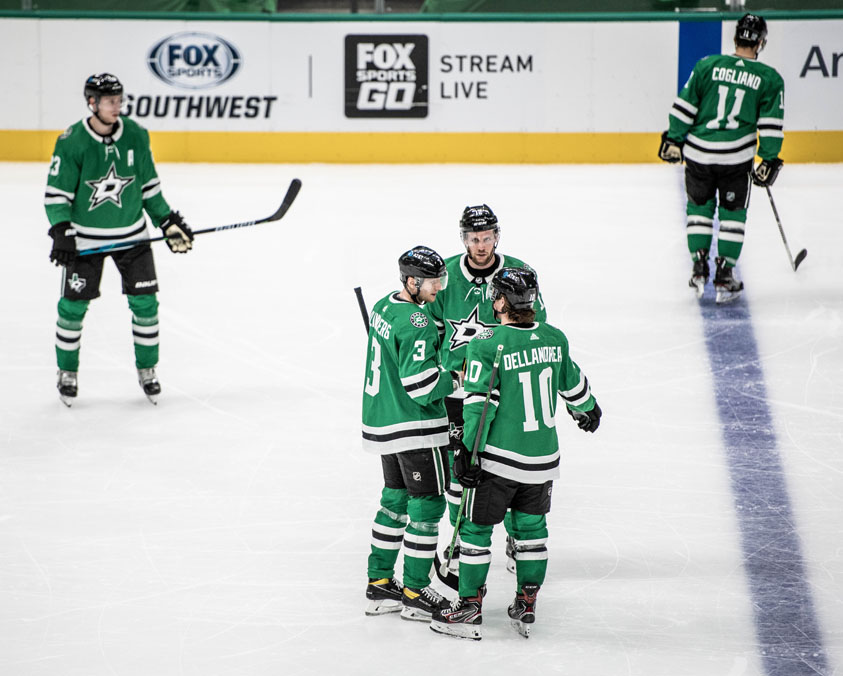 The Dallas Stars, still chasing that evasive fourth playoff spot in the NHL’s Central Division, appear to be getting hot at the right time.

Dallas has taken points in eight of its last ten, winning at a 6-2-2 clip in the month of April after falling below NHL .500 at the end of March. It’s been a rocky Western Conference Championship defense for the group that pushed Tampa Bay to six games last fall, but now the Stars sit just three points behind Nashville.

Here’s how each unit is looking as Dallas looks to extend its six-game point streak.

Against tough competition, Dallas is still struggling to score. But against the weaker opponents in its division, the Stars are taking care of business. Joe Pavelski and Roope Hintz (when healthy) continue to produce the bulk of the offense from the top line, while rookie Jason Robertson- who is putting pressure on Minnesota’s Kirill Kaprizov for the Calder Trophy- continues to thrive. The award for the league’s top rookie is still Kaprizov’s award to lose, but without Robertson’ 12 goals and 20 assists, it would be a dark picture for Dallas’ offense in 2020.

Even Denis Gurianov, who had taken a big step back after leading the team with 20 goals last year, had a great week- scoring three goals in the weekend sweep of Columbus.

Dallas has maintained its forechecking identity even during its lowest lows in the 2021 season- but has really come into elite form in the current point streak. Dallas has held every team- including bonafide playoff contender Florida- to two goals or less in the past six games.

Andrej Sekera has returned from injury to give the Stars blue line a lift. He’s now paired with Sami Vatenen- an NHL veteran who skated in his first games in victory green this week after being Dallas’ lone trade deadline acquisition from New Jersey.

A switch has flipped for the Dallas power play. After racing out of the gate and free falling for several weeks, the Stars continue to push the right buttons on the power play and currently rank top-six with the man advantage at 24 percent. Though he hasn’t tallied a marker with the man advantage since March 25, Pavelski still holds the league lead with 11 PPG’s.

The problem all season, however remains to be the penalty kill- which is stuck in neutral, checking in at 18th in the league at 79 percent.

Dallas agressive forechecking and healthy defensive pairings definitely deserve the credit for suffocating its last four opponents- but you can’t win games without goalies keeping pucks out of the net. And rookie Jake Oettinger and Anton Khudobin are doing just that. Moreover, head coach Rick Bowness finally seems to have found a consistent rotation for the two- something that has eluded the group for most of the season.

Ben Bishop was ruled out for the season in a statement from general manager Jim Nill last week, so Oettinger will continue to get a well-deserved extended run as the Stars backup, and open up endless debates about the possibility of a three-goaltender rotiation going into next year.

Has it still been a disappoitning season for the Stars? Absolutely. Injuries and a sandwich schedule thanks to a deep run in the 2020 Stanley Cup Playoffs and COVID-19 have limited Dallas from reaching its full potential, but in the end, this group is just three points away from being right where it should be.

A four-game, playoff-style series with the last-place Red Wings is a huge opportunity for Dallas to finally pass Nashville for fourth place in the playoff standings. The Stars have relished being re-aligned in the new division format in the head-to-head, topping Detroit all but once in four 2021 matchups.