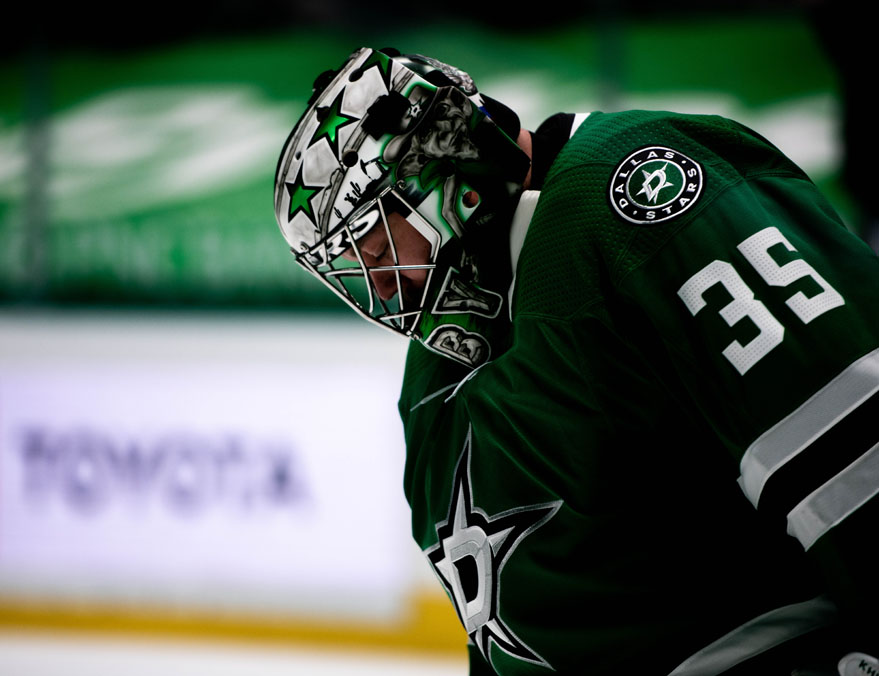 It’s no hyperbole to say that things have gone from bad to worse for the 2021 Dallas Stars.

After a week-long delay due to the unprecedented Texas winter storms two weeks ago, the Stars returned to action in desperate need for points.

After a promising start to a four-game Florida road trip, things quickly unraveled, and Dallas left the matchups with the Panthers and Lightning grabbing just two of a possible eight points.

Now, the Stars sit at NHL .500 with a 6-6-4 record, good for last in the Central division. A 4-0-0 start provided cushion for the team’s losing skid- but all those wins came against cellar dwellers Detroit and Nashville.

It’s also definitely worth noting that Dallas has played just 16 games- the least in the league, and three less than any other team in its division.

The Stars have plenty of games in hand to catch up, but at this point in the season, the 2020 Western Conference Champions, who entered the year with playoff expectations at minimum, currently sit well outside the top four positioning needed to seal a postseason

Dallas has taken a firm step back into mediocrity offensively- currently sitting dead center in the NHL with 2.88 goals per game. Its offensive struggles came to a head in Saturday’s loss- a 5-0 shutout in the first rematch of the 2020 Stanley Cup Final.

The Stars are desperately missing Alexander Radulov and Tyler Seguin. Radulov is on injured reserve hasn’t played since Feb. 12. Seguin hasn’t seen the ice all season after recovering from a torn labrum, and depending on the course of the Stars season, might not at all in this abbreviated season.

Roope Hintz has also missed time with several injuries. Despite how good Joe Pavelski has been- 11th in the NHL with 10 goals, including a league-leading eight on the power play, it simply hasn’t been enough. Dallas generated just 20 shot attempts in Saturday’s loss after struggling to get any consistent offensive presence going against Florida.

Head coach Rick Bowness did not mince words when asked about Thursday’s 3-2 collapse. The Stars shut out Florida for 50 minutes on top of Wednesday’s shutout and simply lost any semblance of defensive intensity in the meltdown.

Bowness: "There’s got to be some ownership taken here. You look at who let us down again tonight: the veterans. They did. The defense, it has to be better than that. Can’t get beat off the boards. Can’t be turning pucks over like we did."

The cushion Dallas had as a unit is running thin after it exploded to start the season. The Stars went 0-6 with the man advantage against Tampa Bay on Saturday. It’s still a top-five unit because of those early scores, but aside from Pavelski, has shown clear signs of regression.

As for the penalty kill, the numbers have stayed relatively the same. Dallas checks in at 18th in the league, killing off opponent power plays at a 78 percent mark. The Stars are definitely getting beaten in 5-on-5 more than special situations in recent weeks.

Anton Khudobin was the best thing about the Stars in the past week. He recorded a whopping 49 saves in Monday’s loss but didn’t get any help from his offense. In Wednesday’s win, he got three goals in support and spun a 42-shot shutout, his finest performance.

After carrying the team to such a degree, it’s no wonder he was gassed by the time Saturday night’s drubbing rolled around.

Jake Oettinger even came on in relief in the 5-0 loss. Dallas’ rookie netminder has been a revelation with a 2.31 goals against average and .913 save percentage provides a much-needed ray of optimism for the future of the organization. He’s showing starter potential- which the Stars will certainly need once its current 34 year old goalies retire.

Bowness’ willingness to speak candidly with the media and call out underperforming veterans is respectable- but there’s definitely been head-scratching decisions.

For starters, Dallas goalies are not being rotated on a consistent basis. It’s been for Khudobin to establish any consistent rhythm with such inconsistent playing time. Some of that has been out of Bowness’ hands- the COVID pause, Khudobin’s suspension due to a late practice arrival, and the ice storm break, for example. It seems like the Stars could benefit from more regularity in net.

Other moves, like slotting Justin Dowling, who boasts just one goal on the year and no career power play goals, have left fans puzzled.

The Stars have been hit hardest by scheduling inconsistencies- but time is running out for excuses. Dallas will play 40 games in 70 days, with only one instance of multiple days off between contests. Chicago is winning at a playoff pace, and if the Stars have any chance of catching up and grabbing the Central’s fourth playoff spot, all-around improvement has to start this week.

Home matchups against slumping Columbus and free-falling Nashville will are a great opportunity to right the ship.