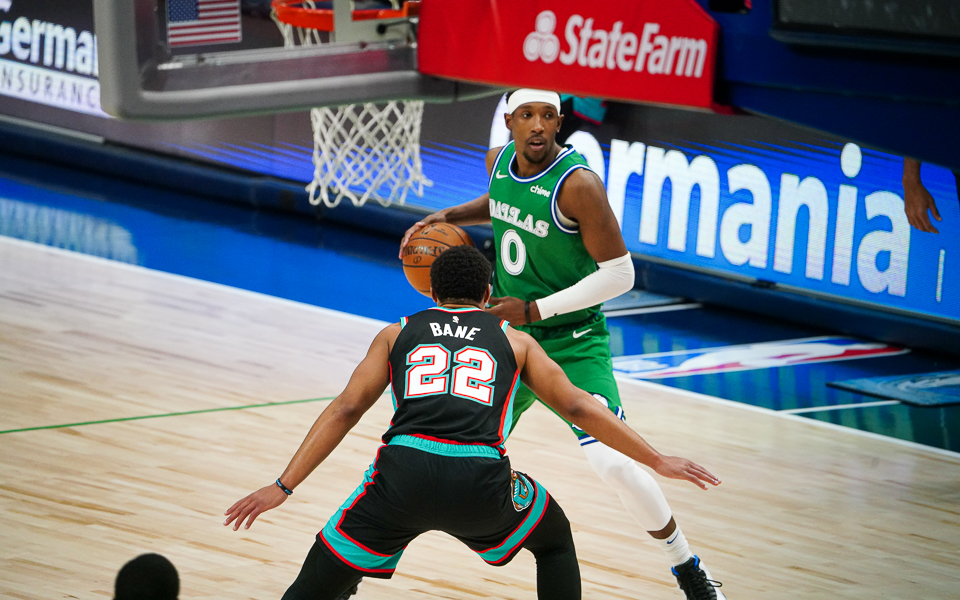 The Dallas Mavericks (14-15) will welcome the Boston Celtics (15-15) on the second night of a back-to-back, fresh off of a 102-92 win over the Memphis Grizzlies (13-14) behind huge contributions from role players and a defense-first approach.

Josh Richardson started out of the gates gunning from deep, nailing three in a row to finish the first quarter with 11 points as the Mavs finished at 37.5% on three-point attempts for the night.

Dallas held a 26-13 lead after the first frame and relied heavily on Tim Hardaway Jr. and Jalen Brunson to continue carrying the load on a rare occasion when Luka Doncic wasn’t the obvious star of the night.

Can Dallas overcome the back-to-back to make up ground in the standings?

The eight-day hiatus for the Mavs while Texas forgot how to weather properly clearly didn’t affect their energy level, constantly hounding ball-handlers into tough mid-range shots and forcing Memphis into shooting a paltry 6-31 from three.

While the production and intensity was all there for the matchup against the Grizzlies, the Mavs are currently 1-4 on the second night of back-to-backs and can’t afford to lose any ground in the standings.

Boston will be without defensive menace Marcus Smart which is a relief, but Dallas will have its hands more than full attempting to stop budding stars Jayson Tatum and Jalen Brown from exploding without having a certified wing-stopper.

With only five games remaining in the first half of the season, a win versus the Celtics is a must as they sit only one game behind the eighth-seed Warriors while now tied with Memphis at ninth among the Western Conference.

Firepower off the bench

Rick Carlisle and the Dallas Mavericks have often made great use of their bench players over the years, but never have they had the opportunity of holstering two offensive weapons such as Brunson and THJ.

Brunson may be undersized in today’s position-less era at 6’ 1’’ and 190 pounds, but watching him on the court brings to mind another bulldog of point guard; Kyle Lowry, listed at 6’ 0’’ and 196 pounds.

While neither player necessarily mirrors the other in play-style or leadership tendencies, they both have an uncanny knack for post-ups with such strong frames at the guard position while routinely probing the paint without being hindered by touch fouls and collapsing help defenders.

Of the 29 games played this season by the Dallas Mavericks, Luka has led the team in scoring all but seven times.

Doncic’s sidekick Porzingis has finished as the high-man three times, Brunson once as the lead point guard when Luka was sidelined, and THJ three times as the primary sixth-man.

To have a player willing to come off the bench that can score at the caliber of a current All-NBA triple-double machine is something not to be taken for granted.

Timmy is seizing his role as a flamethrower off the bench, averaging 17.7 points on 44% shooting from the three-point line over the last nine games since fully settling into his support role.

Is the Mavs defense better without KP?

In the 17 games Dallas has played with Kristaps Porzingis in the lineup, they have held their opponent to under 100 points just two times.

In the 10 games without KP, the Mavs have held opponents under 100 four times, which isn’t an extremely alarming sample size, but it does evidence a growing trend.

With recent reports that the Mavericks have been quietly feeling out what Porzingis would fetch in a trade shows that the front office may also see the unfortunate side effect of deploying an in-theory mobile big man who may no longer be able move confidently on the court.

A roster shake-up of that size seems unlikely, especially when seeing the chemistry on and off the court between KP and Luka, as well as his monster contract.

But team defense will only be as good as its weakest link.