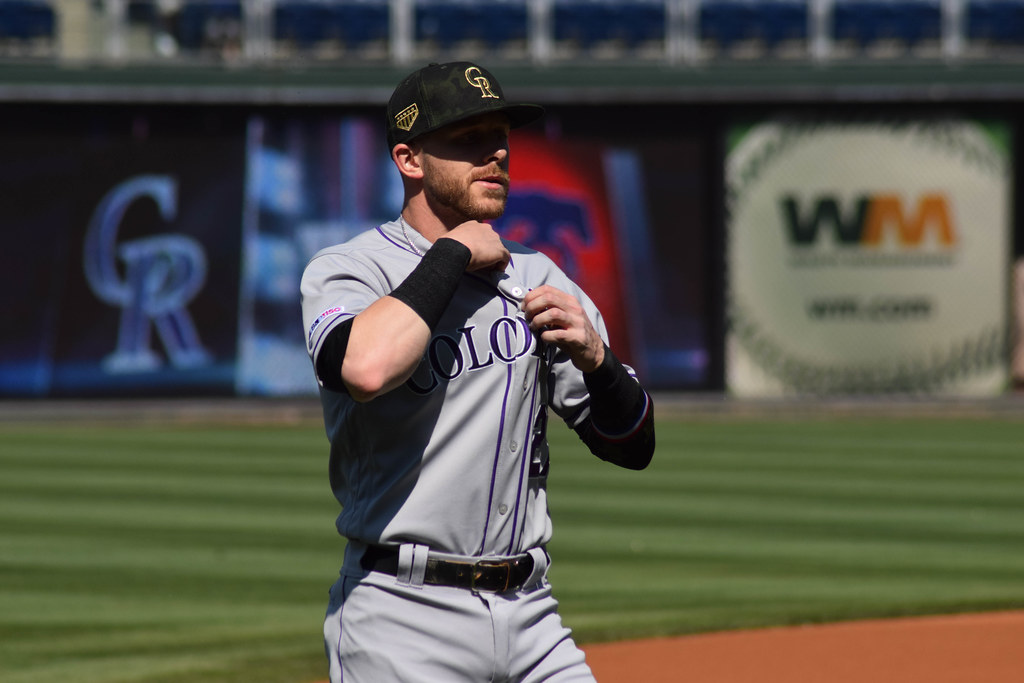 Just look at what the Rockies’ star third baseman did against Texas in its season-opening series win at Globe Life Field last weekend. In a weekend where runs were at a premium, Arenado still reached five times in the three-game set in the first real look it him in 2020, not to mention a homer in the second exhibition game last week.

He might not need introducing to Rangers fans, either. After falling out with Colorado management last year, the Rockies publicly-yet, reluctantly- put Arenado on the trading block. St. Louis was the early frontrunner- and Texas was at least a consideration- despite the rumors developing more into a joke in their later stages.

Eventually, Colorado decided to hang on to the face of its franchise, and decided to honor the massive extension Arenado signed in February 2019, mending the relationship between both sides and killing any trade rumors.

Soon after, Texas addressed its need at third base with Todd Frazier, who has shared time there with Isiah Kiner-Falefa in 2020. But that doesn’t mean that the team’s long-term peripheral goal of filling that position with a Colorado slugger is completely dead.

Instead of settling long-term, Texas should pursue Trevor Story to fill its long-standing need at third base.

Arenado’s infield compatriot probably doesn’t need introduction to Rangers fans, either- especially with the way he punished Texas pitching over the weekend.  He went 3-for-9 with four walks, two homers- both Sunday- and three RBI.

Story is a natural fit for Texas given his background. He went to Irving High School in the Dallas-Fort Worth area, and grew up watching and rooting for the Rangers before being drafted by the Rockies in the first round of the 2011 first-year player draft.

On a Rangers team that already has a decent amount of room on the salary sheet, and could have even more wiggle room if even ONE of its payday-due starting pitchers in Lance Lynn, Mike Minor or Corey Kluber walk, taking on Story’s contract could be feasible.

Story’s also shown consistency at the plate in the first five years of his career, albeit playing half of his games at hitter-friendly Coors Field. He got out to a red-hot start in his rookie season in 2016, racing out to 27 homers in just 94 games before an injury ended his season prematurely. Since then, he’s made consecutive All-Star Games and put two seasons of a .900-plus OPS.

Defensively, the possibility of Story’s fit with the Rangers gets a little fuzzy. Story’s a natural shortstop and has only played that position in his career with the Rockies- however- he played second and third as high as Double-A in Colorado’s system.

A transition to third base isn’t likely, but it’s more likely that if the team acquired him, Texas would move him to third base than Elvis Andrus- who is on the wrong side of age 30- and hasn’t played any other position than shortstop since his rookie season in 2009.

He’d be hard to pry away from the Rockies, but the Rangers have far more to gain than lose pursuing the 27-year-old.  His bat would go a long way to filling in the cavernous hole at third left since Adrian Beltre’s retirement, and if the team can overlook the questions in the field, this could be its best option for a long-term replacement.

Furthermore, Story would also fill a rare role as one of the league’s few  home-grown stars of a franchise that could develop into one of the league’s better players over the next decade. And much more than a consolation prize for losing out on the Arenado sweepstakes.