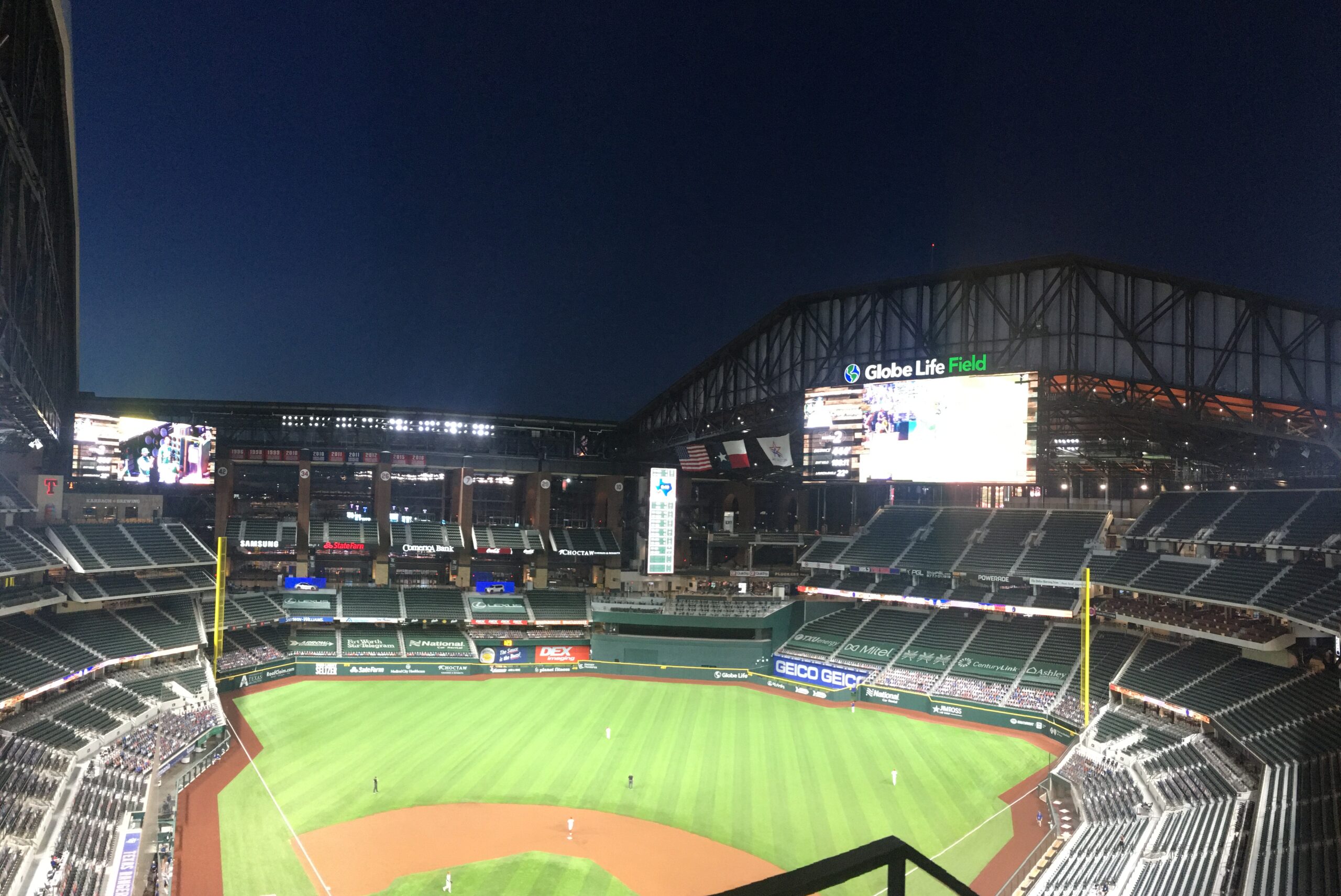 The end of the season means everyone can relax and let their mind drift away while the holiday season starts. The Texas Rangers, on the other hand, went half a HAM sandwich to start December with moves including bringing on a new general manager, multiple trades, and a lot of pondering.

Our own Dylan Duell  dissected a move that fans expected three and a half months ago (or at least the give and not the take). The Rangers sent their 2020 ace, Lance Lynn, to the White Sox for Dane Dunning and Avery Weems. Dunning pitched in seven games in 2020 and also threw in the decisive game three of the Wild Card round. Here’s a guy (now I sound like Cris Collinsworth) that Texas can insert into the back end of a makeshift rotation and, of course, rock the badass shades.

The Rangers and Mariners trade is a curious one from Seattle’s perspective. Sure, the Mariners’ bullpen had an AL worst 5.92 ERA in 2020, but they gave up a highly touted young prospect who ranked number twenty-two in the Mariners’ system. José Corniell is a guy who has on paper average stuff and possibly a decent changeup. However, at a young age of 17, there’s room for monstrous growth. The likelihood of keeping a Montero for an extended period was slim. Therefore, taking two (expected) minor leaguers for Rafael Montero is a plus for the Rangers.

Does Leclerc auto win his job back or does Jonathan Hernandez have something to say about that? # https://t.co/u63uAVR3Rw

On Friday, Texas completed the Todd Frazier trade with the Mets from back on deadline day 2020. The team announced they acquired Ryder Ryan from the New York Mets. Ryan spent 2019 in AA with the Binghampton Rumble Ponies (beautiful name) with a solid AA season and an improvement compared to his 2018 AA campaign. He’s a double Cleveland Indian draftee (2014) after he declared to play his 2015 and 2016 ball at the University of North Carolina and Cleveland redrafted him in 2016.

Everyone I speak to, and even Dahl himself, showed complete bewilderment that the Rockies non-tendered David Dahl’s contract. It may be a blessing in disguise for the Texas Rangers. Dahl’s one-year deal could be the beginning for a Texas tenure and there might have been a few hints this was a good match. First, Dahl’s wife, Jacquelyn, is pregnant, and her due date is coming up within the next forty days. Her family resides in League City and then there was apparently a semi-sales pitch from Joey Gallo. According to Ken Rosenthal, Gallo and Dahl were teammates in the 2011 US eighteen and under team. A combo with Joey Gallo saying he loves being a Texas Ranger and the move may be the stepping stone for an extension. Other factors come into play, and the Rangers and Scott Boras typically don’t see eye-to-eye.

Teammates once again! Let’s get it💪🏼

It was a rough go for Scott Heineman, and I mean in the sense of security on the team. Scott made the Opening Day roster in 2020 and was on the roster until he got sent to the alternate training site in September. Chris Woodward said he wanted to give Scott more chances because his playing time was short. However, his contract was non-tendered. He resigned to a major league contract, and the club designated him for assignment. After that, a deal was struck between the Rangers and Reds (all of this in a fortnight).

The Rangers received Jose Acosta from Cincinnati. In 2019, Acosta hit .390 overall and had an OPS of over 1.000 between the Dominican League and the Arizona League. Baseball America awarded Jose a Dominican Summer League All-Star in 2019. With the 2020 shutdown, Acosta didn’t get the work needed, but the Rangers felt like they couldn’t find a complete fit for Heineman.

In his press conference Tuesday, Chris Young pointed out that many of these deals nearly completed before he came aboard. With that in mind, the Rangers’ activity these next few weeks will likely dwindle while the club discusses other options. A few of these deals came based on the opportunity (like Nate Lowe and David Dahl), and others were completing trades months ago. Free-agent signing and player placement look to be next on the list. Three rotation pieces are still in question, the Rangers’ designation of closer is still up in the air, and only two of the eight positions on the field are confirmed. Welcome to rebuild 2020-2021!