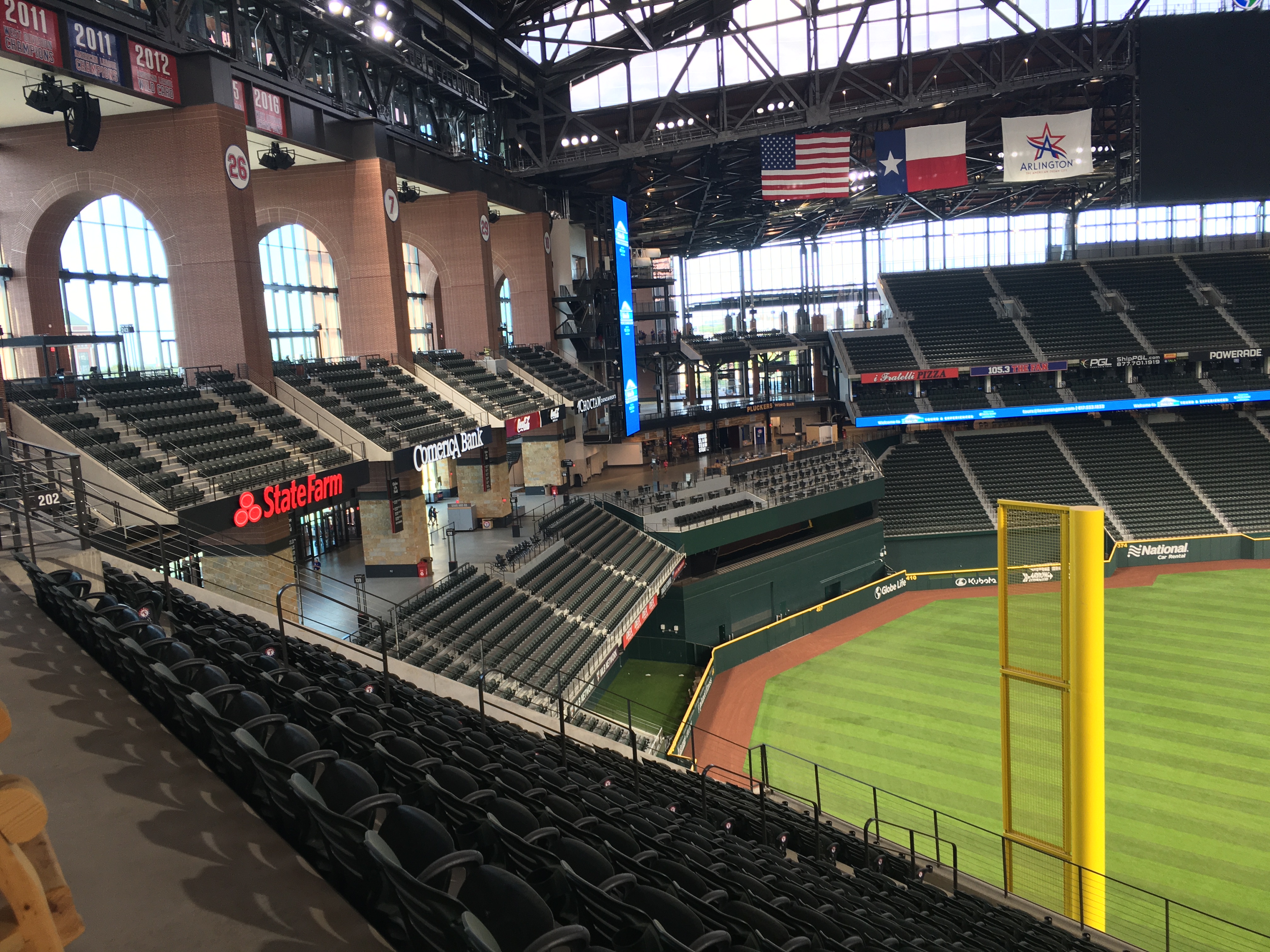 Summer Camp begins for the Rangers; four things to pinpoint before the season starts

Summer Camp begins for the Rangers; four things to pinpoint before the season starts

Summer Camp, Spring Training 2.0, or whatever you want to call the next twenty days, starts on Friday. Most Rangers have arrived in the Arlington area to get the 2020 season underway, but with some eerie feelings. It’s unclear how long baseball continues and if the abbreviated 2020 season can finish on schedule. Chris Woodward met with the media on Thursday. He went over strategic aspects, the plan for Summer Camp, and the safety protocols the team will make. Here are a few things that stood out during his press conference:

1. Even though Camp is shorter, coaches will get a good look at the players

Between the start and finish, Camp lasts a little less than three weeks. There’s a chance that the Rangers’ Camp may end sooner (outside of health reasons) if the club is scheduled to start the season on the road. The Rangers requested that the club begins the 2020 season at home. Though it’s uncertain with the MLB schedule still in the works. According to Chris Woodward, the first few days will resemble simulated games. However, on Sunday, the club may begin real-time games, including running, defense, etc.

Despite the shortened time, the entire two and a half weeks include intrasquad games. The positive side to intrasquad games means that, at the minimum, eighteen hitters get a shot per day and several pitchers too. “I feel like a lot of younger guys, including the guys trying to fight to make the team, will get plenty of opportunities, probably more so than if we were in a normal spring training setting.” Early indications look like the club will play fourteen-sixteen half innings, at least at the start of Summer Camp.

A warning to the West. pic.twitter.com/bya01ytKD5

2. How the team handles safety protocols

Based on Chris Woodward’s press conference Thursday, he seemed pleased about how the players are following the safety protocols and makes it a point of emphasis. “The biggest point at the beginning of this is making sure when they step through these doors, they understand what is expected from them, from a protocol standpoint. We need to be safe and make sure we take care of each other.”

#Rangers Chris Woodward said guys are wearing masks, taking concern and the responsibility to be safe (Even more inclined on the safer side).

The only thing that has become minor detail is the social distancing where guys have to separate (understandable when you haven’t seen your teammate for three-plus months). The Rangers took the health protocol packet and highlighted the points that affected the players the most and sent it to them. While expected to go over the entire document, the club posted the critical points throughout the clubhouse (according to Woody). The club isn’t taking anything lightly for the next three to four months, and if anyone knows how hard the healthcare workers work daily, it’s Chris Woodward.

3. The main crew will still get their playing time.

It’s a delicate juggling act for any organization to adapt to a shortened training session. However, Chris Woodward felt confident that the leading position players and the primary pitchers would get their standard tune-up work. He also feels poised that the fringe players, who may make the roster, will get a shot. The intrasquad game format helps all thirty teams because it gives organizations a chance to work out their needed players. Also, it provides an opportunity for young fringe players to face big league pitchers and hitters. It’s unclear how the intrasquad games will set up (like rookies vs. veterans format or playground-style), but Woody mentioned he would let the players have fun with it. I think playing time won’t come as an issue in the next few weeks.

4. A dark horse could make the club.

Every Spring Training, a player from underneath blossoms and barely makes the club, whether it is a comeback veteran or an underrated rookie. In Spring Training, Adolis Garcia or Demarcus Cousins were candidates to fill that role. Since things got held up, another opportunity hits, especially considering rosters start with thirty in the first two weeks of the season. Keep an eye on a young prospect that might make a splash in the upcoming weeks.

I imagine the lineup and rotation will structure the same way as anticipated. The plus side is that a couple of guys nursing injuries (Willie Calhoun and Jose Trevino) look good to go to start another round of season preparation. Again, there’s a lot of uncertainty with players testing positive, but the Rangers are ready to get things started.

One other thing Woody raved about is the preparation between his players during this stoppage. He feels it's "an advantage" of where his players are right now (some much further ahead than expected). It's just about riding that momentum to the hopeful finish line #Rangers