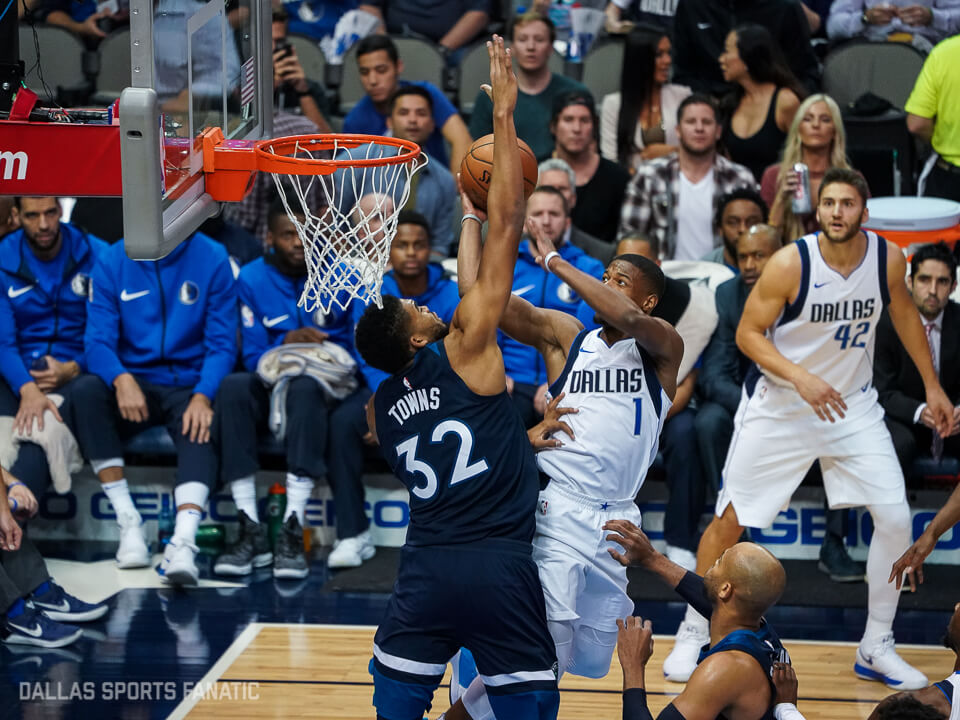 T-Wolves serve as a cautionary tale for the Mavericks

T-Wolves serve as a cautionary tale for the Mavericks

Friday night the Mavericks will play host to the Minnesota Timberwolves. The two teams are, quite clearly, headed in opposite directions.

The Mavericks currently boast one of the five worst records in the the league, while Minnesota is jockeying for a playoff spot in the gauntlet that is the Western Conference, sans their best player.

The Wolves are loaded with shiny toys in Andrew Wiggins, Karl Anthony-Towns, and Jimmy Butler. Things that Mavericks fans yearn for, and understandablely so.

Two of those young stars were acquired with the number one overall selection in the draft, and Butler was nabbed for last years No. 7 overall choice and talented two guard Zach Lavine.

And some see that collection of talent as a justification for intentionally losing games.

Be awful, obtain high draft picks, then boom! Contender status. It’s that easy, right? After all, Mark Cuban even admitted to subscribing to this type of thinking. He’s 600K short because of it.

But Wolves fans might caution you, it’s not always that simple. While they celebrate performances like the 56 points Karl Anthony-Towns hung on the Atlanta Hawks Wednesday night, they likely haven’t forgotten what had transpired the last 13 seasons.

Yes. It was 13 seasons of praying on ping pong balls for the Minnesota faithful. Something that the Mavericks could be headed towards.

And that’s the caveat with this new-age rebuilding, or “tanking,” as the kids call it. It’s just not as linear as it’s made out to be.

You have instances like these Wolves or the Magic, who haven’t played playoff basketball since 2012. Or you can look at teams like the Philadelphia 76ers who are set up to compete for years, as reasons to “embrace the tank.”

A rebuild was long overdue for the Mavericks. So officially committing to this journey is a step in the right direction. But when you are watching and wishing for guys like Towns and Wiggins on Friday night, remember that’s just what this is.

A journey, with an unknown destination.