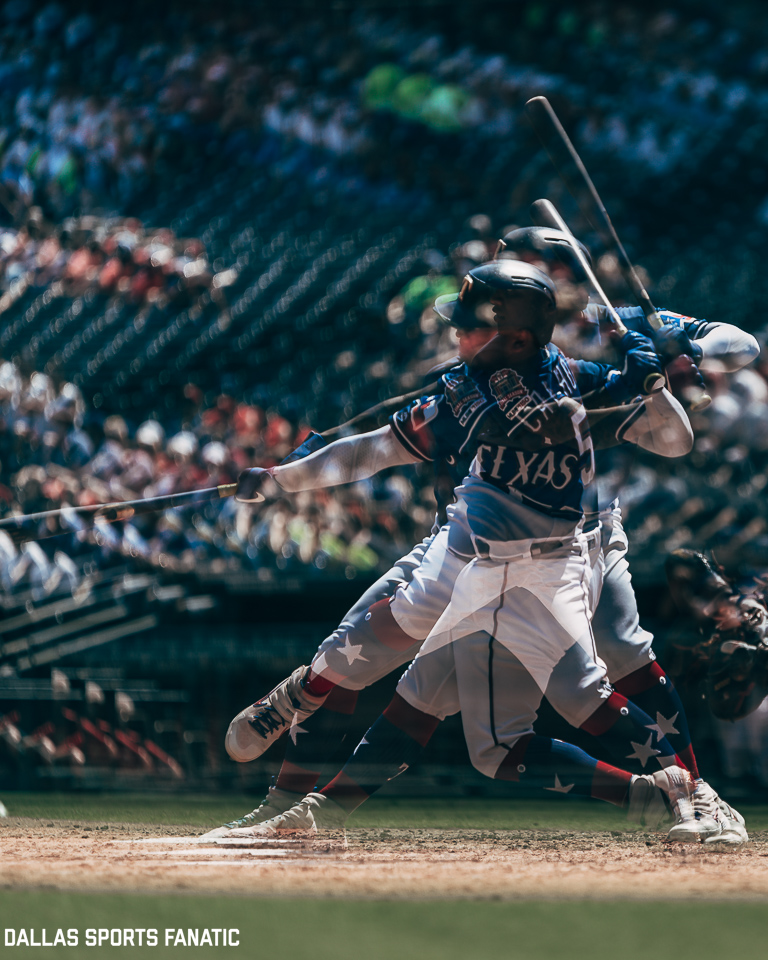 Rangers Q&A with Sean Bass of The Ticket

Rangers Q&A with Sean Bass of The Ticket

The 2019 season is coming down to its final month and the Rangers organization has showcased a lot throughout the year. The showcase didn’t just come from the talent the major leagues, but a lot of excitement came from AA Frisco and AAA Nashville. I talked to Sean Bass, host of Diamond Talk on Sportsradio 1310 Ticket and frequent play-by-play voice for Frisco RoughRiders games, about this season and what to expect next year.

How would you assess the 2019 Texas Rangers season as a whole?

Bass: [It’s] not bad for a transition year. [We] got to see a number of possible future pieces, [and] maybe figured out what we don’t have in Odor and Mazara.

Out of the AA Prospects who have made their MLB debut this season, who has impressed you the most?

In two big-league starts, Burke has allowed just one run in twelve innings. In those twelve innings pitched, Burke walked five and struck out nine while allowing six hits.

Another MLB start, another solid outing for @BrockBurke1

It was another impressive day on the bump for the rookie 👏@Rangers | #TogetherWe pic.twitter.com/Jnn4vcHAyM

Who do you see as the future third baseman in this organization?

Bass: I would like to think Josh Jung. It’d be nice to hit on a 1st rounder for once. Don’t sleep on Sherten Apostle.

Who’s the most significant trade piece the Rangers can offer this offseason?

Bass: [Either] Minor or Lynn,  but [the Rangers] won’t do that. Probably [ends up being] Mazara.

Which Rangers prospect do you look forward to watching in September?

Palumbo left last Tuesday’s game against the Angels with a blister on his left thumb. The speculation is that he may get one start in September, but no confirmation has been made. The injury occurred after a rough first inning but settled down in the second inning on August 20th.

Where is the ideal spot in the lineup for Nick Solak and Scott Heineman? Where is the perfect place defensively for both?

Bass: [I] still need to see more from both [Heineman and Solak] at the plate and in the field.

Who should Rangers fans be pumped to watch throughout the minor league organization in the next coming years?

Outside of air conditioning, what is the most exciting aspect of the new ballpark that you’re excited for?

Bass: I am curious to see how the park will play. Once we know that, we can figure out how the club can attack free agency in the future.

The rosters are set to expand on Sunday, September 1st and the players, coaching staff, and fans show are excited to see what the future looks like for the Texas Rangers. The organization’s farm system is filled with immense young talent that is worth checking out, especially in AA with the Frisco Roughriders.

You can check out Sean Bass during the morning Musers from 5:30 AM until 10 AM on 1310 the Ticket, and also on Diamond Talk after every Rangers weeknight home game. Plus check out Rangers on Deck, a weekly podcast getting you up to speed on the organization from the minors to the majors. Also don’t forget about the second annual Flinger Dinger Derby.