Well, well, well.  Another season of Mavs basketball is upon us.  It’s been a long summer given that the Mavericks missed the playoffs for the first time since 2000.  We watched the worst possible NBA Finals matchup imaginable for Mavs fans and we lived to tell about it.  Spurs couldn’t beat the Heat.  We did once, just saying.

But down to brass tacks here; (For the record, its “tacks”, not “tax”.  I just learned that today).  The Mavs have had another offseason of rebuilding and cleverly working around the CBA.  Like I’ve said from the beginning, Mark Cuban was proactive in his approach to this starting after the 2011 title season and we will soon reap the benefits.

By now you know of the additions. Monta Ellis, Jose Calderon, Samuel Dalembert, Devin Harris, Gal Mekel, Wayne Ellington, Dejuan Blair, Ricky Ledo, and Shane Larkin……whew, I’m out of breath.  Obviously, we’ve improved at the guard position with basketball IQ and scoring.  I honestly have no idea what to expect with the Center position, but we’re about to find out.

Healthy Dirk – It’s a fact that Dirk wasn’t 100% last season after his early knee surgery.  He even came back earlier than he wanted to because the team was in a tailspin.  He never quite hit his stride until late in the season; The Bulls game in April comes to mind.  Dirk is an NBA superstar, with him on the floor and healthy, there’s always a chance for a “W”.  Based on Wednesday night’s pre-season game vs. Grizzlies, I’d say we can expect vintage Nowitzki this year.

Monta Ellis – Monta gets buckets.  We all know this.  He was 11th in the league last year with 19.2 points per game.  This is the legit scoring option that Dirk has needed for years.  Of course he has to shake the reputation of a “bad shot taker”.  Ellis has been known to hog the ball at times and take bad shots early in the shot clock.  Perhaps it was the fact that he played for mediocre Bucks teams.  Perhaps.  But I expect him to spread the floor and create more for everyone.  He’s got some defensive skills at times when he’s engaged.  Ellis was 4th in steals last year with 2.06 per game.  And for crying out loud, can we finally have a PG that can get into the lane a score?!?  Mavs were in the bottom of the league in free throw attempts last year and have had a reputation for years of shooting jump shots rather than penetrating.  Let’s hope Monta changes that.

Jose Calderon – Calderon is a smart and unselfish player.  In my opinion he’s the perfect counterpart for Monta Ellis.  He’ll find the open guys, averaging 7.1 assists per game last year.  But the main element that Calderon brings to the team is his 3pt shooting. He led the league last year in 3pt percentage, 46%.  Although he only had 282 attempts.  Regardless, if he’s making 3’s AND finding open players for shots, he’s the next best thing to Jason Kidd we’ll ever have (minus the defense).

Vet presence of Vince Carter and Shawn Marion – I love these guys.  Shawn Marion may be one of the most under rated defenders we’ve ever seen, although he may have lost a step.  He can also go on spurts of scoring in the paint.  Vince Carter has refined his game with age, becoming a legit 3pt threat, with flashes of high flying dunks.  Both these guys will be instrumental in holding this team together, along with Dirk.  Great guys to have in a team huddle.

Rick Carlisle – I mentioned earlier the reputation of Monta Ellis across the league for his questionable shot taking.  If anyone can regulate on that, it’s Coach Carlisle. I think some of us take for granted the greatness of Rick Carlisle.  He doesn’t make excuses and he’ll tell his players what he thinks at all times.  If they’re hurting the team, he’ll tell them that.  He’s respected among every one of his players and there has been absolutely zero drama on the bench or locker room while he’s been the head coach of the Mavs (minus Lamar Odom).

If a player like Dalembert decides to take some plays off and get lazy, Carlisle will make it known that it’s not acceptable. As long as we have a coach of his caliber, we’ll always be competitive.

THINGS THAT SCARE ME:

Health – Mavs don’t have much room for error.  If Dirk, Dalembert, or Monta Ellis goes down with injury for an extended period of time, we could be in trouble.  Losing Dirk or Ellis would results in decrease in offense production.  And losing Dalembert would be a loss in size underneath the basket.  Only other options at Center are the undersized Dejuan Blair, Brandan Wright, and Sarge. Speaking of Brandan Wright, he is currently wearing a sling for a reoccurring shoulder injury.  I would’ve actually had Brandan Wright in my list of “Mavs positives” but the injury could be nagging throughout the season.  I hope he can be as productive as we had hoped.

Tough Western Conference – As usual, the Western Conference is loaded with talent.  Just as it has been in past years, the West will be strong in all 8 spots.  Nearly every Western Conference team can upset the other on any night.  Yes, even the Hornets Pelicans.  I don’t see any one team running away with the conference this year as every team has clear advantages and disadvantages.  Will make for a great season.

Samuel Dalembert  – Given our brutal history of centers, Dalembert could easily be our 2nd best center since Tyson Chandler.  And Dalembert hasn’t even played a single regular season game with us.  But I worry about his motivation.  He’s said in the offseason that he’s ready to prove his critics wrong, but he was already called out by coach Carlisle for being out of shape after the preseason opener vs. New Orleans.  Although he had a decent follow up game, I still have concern that he will play up the level that we need down low.  We’ll need him to grab more boards than Kaman and Brand could, and we’ll need him to be a presence in the paint to keep guards from driving through the lane like it’s the H.O.V.  And we’ll need that on a consistent basis.  We have no way of knowing how effective he can be until there are a few more games to judge.

Defense/Rebounding – No question that rebounding was our Achilles heel last year.  We couldn’t grab a board to save our life.  Seemed that the ball would bounce right to an opponent or our guys were wearing oven mitts and couldn’t catch a basketball.  Call it luck or lack of hustle, but we didn’t rebound.  Defensively, we had a few moments of success, but for the most part it was the ‘Ole defense as we let guards penetrate and take advantage of slow defenders.  Another neat thing we did last year was foul a lot.  Opposing players were always on the line or in the bonus because the Mavs had to resort to fouling as a means of defense.  We couldn’t stop anyone.  Carlisle has already mentioned that defense would be emphasized in training camp.  Let’s hope it pays off.

Jae Crowder – Crowder had an interesting season last year.  Many times when he’d take a 3 I’d yell at my TV. “No No NO” as the shot would clang off the iron.  Other times I would encourage him to shoot the 3.  He seems to be a streaky shooter.  But for his size I’d like to see him be a bit more aggressive offensively.  And also mix it up a bit more on defense.  I want him to get in the paint and grab some boards as well.  Crowder has great potential and could be a real force off the bench.  If anyone can get that out of him, it’s Carlisle.  Crowder is also a cerebral player and is willing to do everything asked of him.  I just hope we see the results this year. 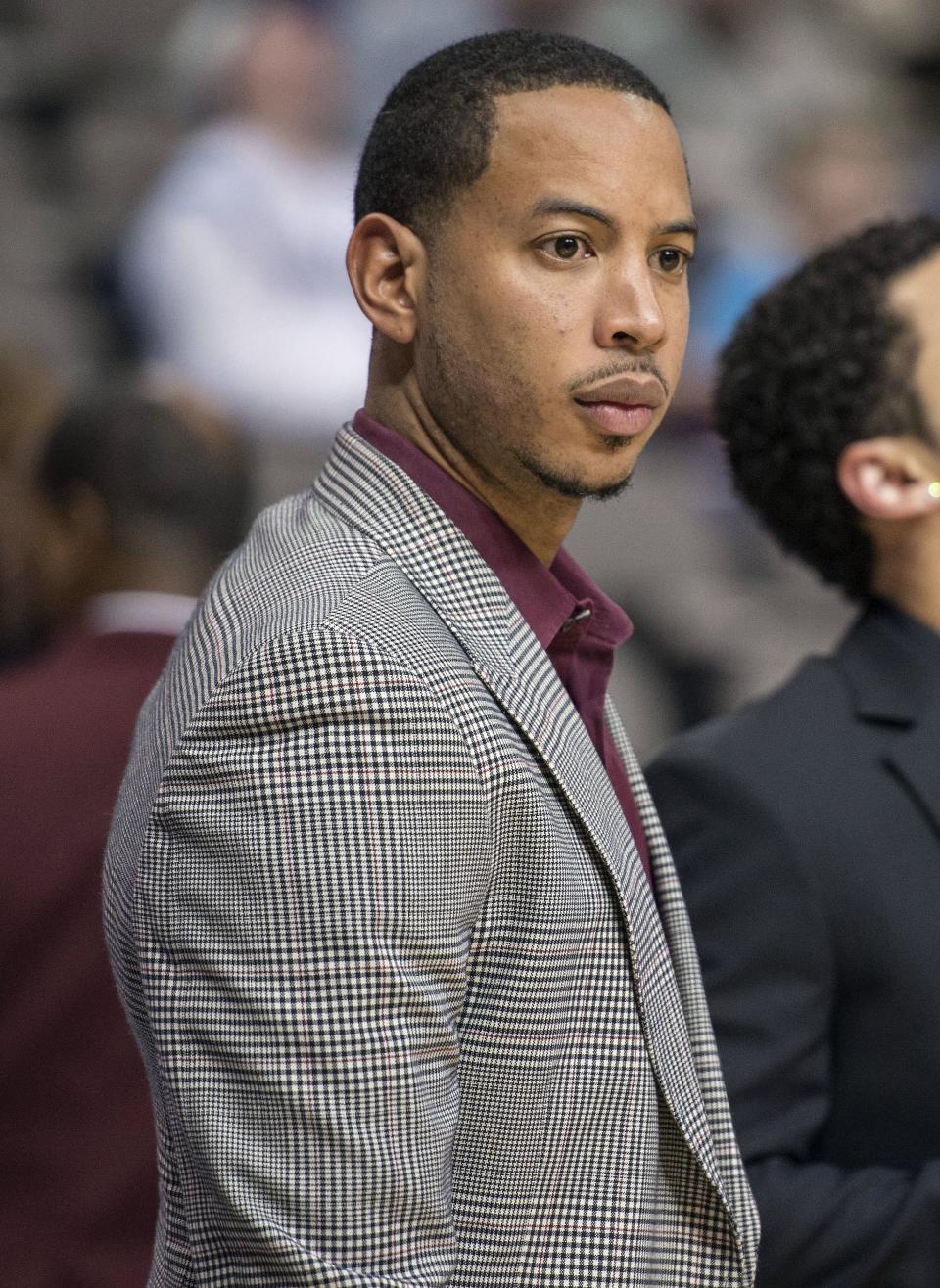 Devin Harris – I loved the news when we got DHarris back.  I was actually against trading him at the time to bring in an older Jason Kidd.  I know, how stupid could I be?  But all is well and he’s back in a Mavs uniform.  But he has a foot injury that we don’t know much about yet.  He could be back early in the season but how effective can he be?  Will it be a nagging injury? Will he be as quick in the paint as he once was?  Will he still be a good defender moving side to side?  We just don’t know.  If he’s healthy and has a full recovery, then the Mavs will be as stacked as any team in the NBA at the guard position.

The 2013/2014 Mavericks have a great foundation.  This is one of the most exciting teams in recent Mavs history due to the scoring potential.  But there is some left to be desired on the defensive end of the ball.  Hopefully Carlisle can get the team to commit to stopping the ball and creating a fast paced offense like we’ve seen before.  We’re in a much better spot than we were 12 months ago.

Fan of the Mavericks, Rangers, and Cowboys since birth. And by “Fan”, I mean that I can’t sleep or function the next day if my team loses. That kind of “fan”. I sports-cried during the Mavericks 2011 championship and the Rangers 2010 ALCS win. But I sports cried harder when the Rangers lost the 2012 World Series. That kind of “Fan”. Attended Texas State University, Eat ‘Em Up Cats! Father of 2 daughters and a husband to wife, Traci, Baylor Grad! Sic ‘Em! Follow me on twitter, @TCinDallas