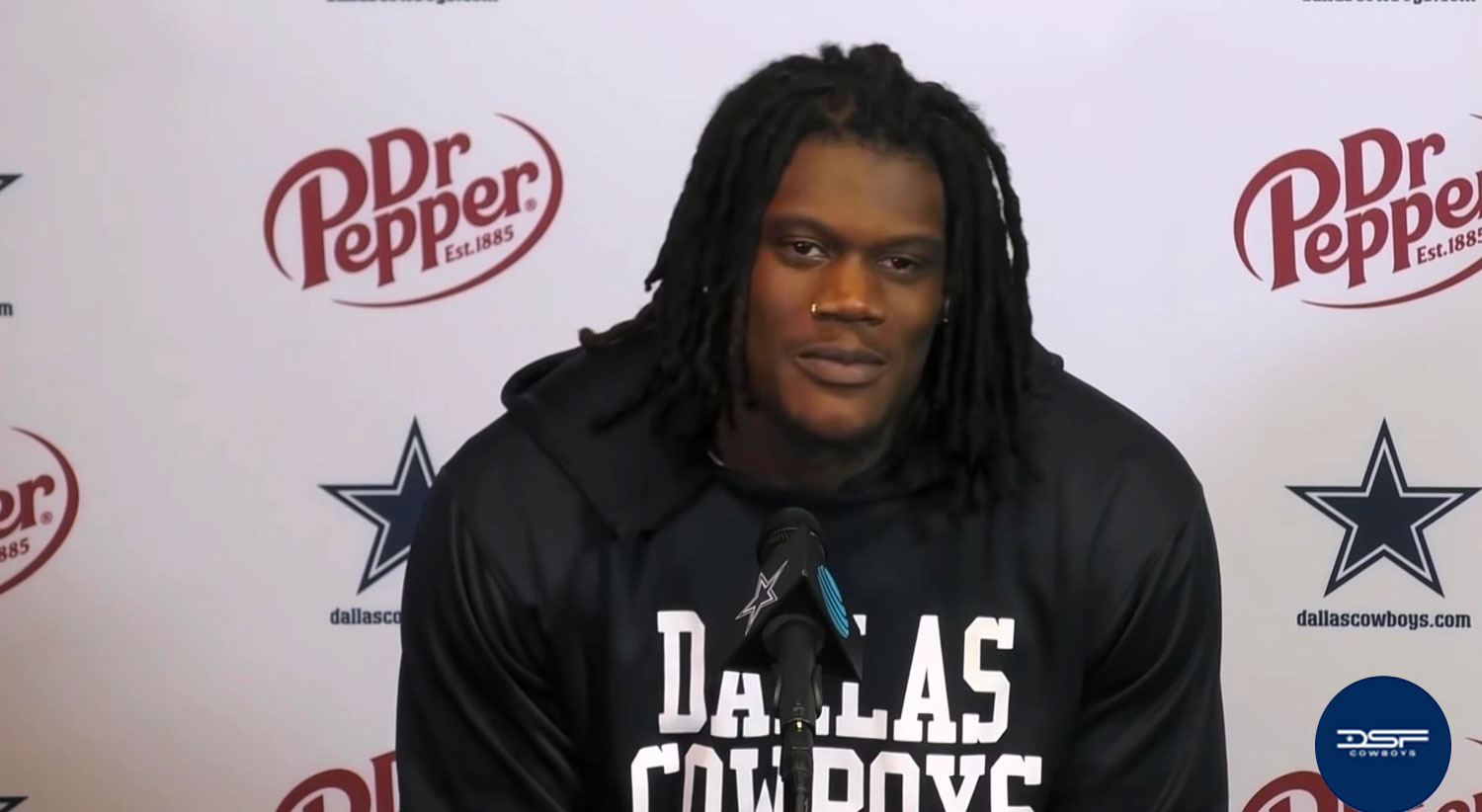 Team Overview: How the shorthanded Cowboys can rebound in Los Angeles

Team Overview: How the shorthanded Cowboys can rebound in Los Angeles

Michael Gallup will miss about a month, La’el Collins is suspended five games, and Randy Gregory is on the COVID-19 List. Dallas is no stranger to playing shorthanded, but how can the Cowboys make up for three starters?

As much as the loss may hurt and as much as Head Coach Mike McCarthy’s team isn’t in this for moral victories, it was difficult to come away from Thursday without some optimism about what this team is capable of. Dak Prescott looked like an elite quarterback and not a man playing for the first time in 11 months after a traumatic injury. The defense was able to create some turnovers. Dallas almost escaped a complete hornet’s nest with a massive win. The team out there on Thursday was a team that is capable of doing some damage in the NFC.

That optimism was short-lived. In a span of mere hours on Friday, it was announced that wideout Michael Gallup will miss three-to-five weeks with a calf injury and that right tackle La’el Collins had been suspended for five games. And the optimism of reading the transaction report of All-Pro guard Zack Martin being activated off the COVID List was even more short-lived as you read further and saw that defensive end Randy Gregory was added to the COVID List.

Sitting at 0-1, Sunday isn’t a complete must-win for Dallas given the new 17-game schedule. Winning in Los Angeles (albeit in what is sure to be a pro-Cowboys crowd) against a rock-solid Chargers team is a tall order. But Dallas needs to get in the win column and build some momentum before heading into a relatively (it’s still the NFL) easy portion of the schedule. Doing so shorthanded won’t be easy. Here’s how Dallas can replace the three starters:

Gallup is probably the Cowboys’ third best wideout, but is a great second option on most teams. Amari Cooper and CeeDee Lamb are going to have to shoulder more of the load. Cedrick Wilson has shown flashes in the past. This is one I’m not as worried about for the Cowboys on Sunday. You do need three good pass-catchers to be a real threat but a committee of Dalton Schultz, Blake Jarwin, Wilson, and Noah Brown should be able to hold down the fort until Gallup returns.

It does sound like Cedrick Wilson will be given most of the opportunity. “(Cedrick) will step right in there. No issues,” Cowboys offensive coordinator Kellen Moore said. “No concerns. He’s the utility guy.”

Moore called a masterful game Sunday, and Prescott helped it look even better as he made great checks based on Tampa’s looks all night. They’re going to need to bring their A-game once again and provide another great performance to get a win. Though there might not be as many deep shots and instead shorter routes to get the ball out quicker because Dallas will (likely) be without its right tackle.

The Cowboys’ right tackle was popped with a five-game suspension due to missing drug tests. There is not much clarity on how exactly this happened, and Collins is appealing, but I wouldn’t anticipate him in the lineup until we hear otherwise. This one is the most alarming of the three starters expected to be missing, as there is now a massive mismatch on that side.

The Chargers have one of the premier edge rushers in football in Joey Bosa and I imagine he is licking his chops at the thought of a backup tackle. Dallas certainly has some options to go out there against the Chargers. Some are clamoring for a “best five” approach in which Zack Martin to moves to right tackle and Connor McGovern stays at right guard. This is probably the best option, as Martin was fantastic in his brief stint at right tackle in 2020. The Cowboys signed veteran swing tackle Ty Nsekhe in the offseason and he is an option. He has been solid in recent years but did have a rough showing in the preseason. Terence Steele is another option that played a lot of snaps in 2020.

Asked about the potential approach, Moore said, “We’ll keep our options open.” This is a much different tune than McCarthy’s immediate shooting down of the idea of Martin at tackle last year. Given Martin’s reported reluctance to move outside and McCarthy’s reluctance to do it last season, I imagine Dallas at least gives Nsekhe the initial nod. Dallas should still be prepared to kick Martin outside given the bear of a matchup with Bosa.

Gregory was poised to finally have an impact in what feels like his first normal season in years. The pass rusher tested positive for COVID-19, despite being asymptomatic. Gregory is vaccinated and can play Sunday if he can produce two negative tests separated by 24 hours. He could still play, but that isn’t the case as of now.

Dallas will look to offseason acquisition Tarell Basham and Dorance Armstrong to fill the void left by Gregory if he can’t go. They would line up primarily against rookie left tackle Rashawn Slater. The Chargers’ first-round pick was awesome in his debut. He didn’t allow a single pressure and was Pro Football Focus’ second highest graded rookie offensive tackle. To do so against primarily Chase Young in your debut is impressive.

With a pair of backup defensive ends that primarily stop the run, going up against what appears to be a fantastic rookie tackle, Dallas is going to have a difficult time putting pressure on Justin Herbert. It would be a great development for Dallas if Gregory is able to play.