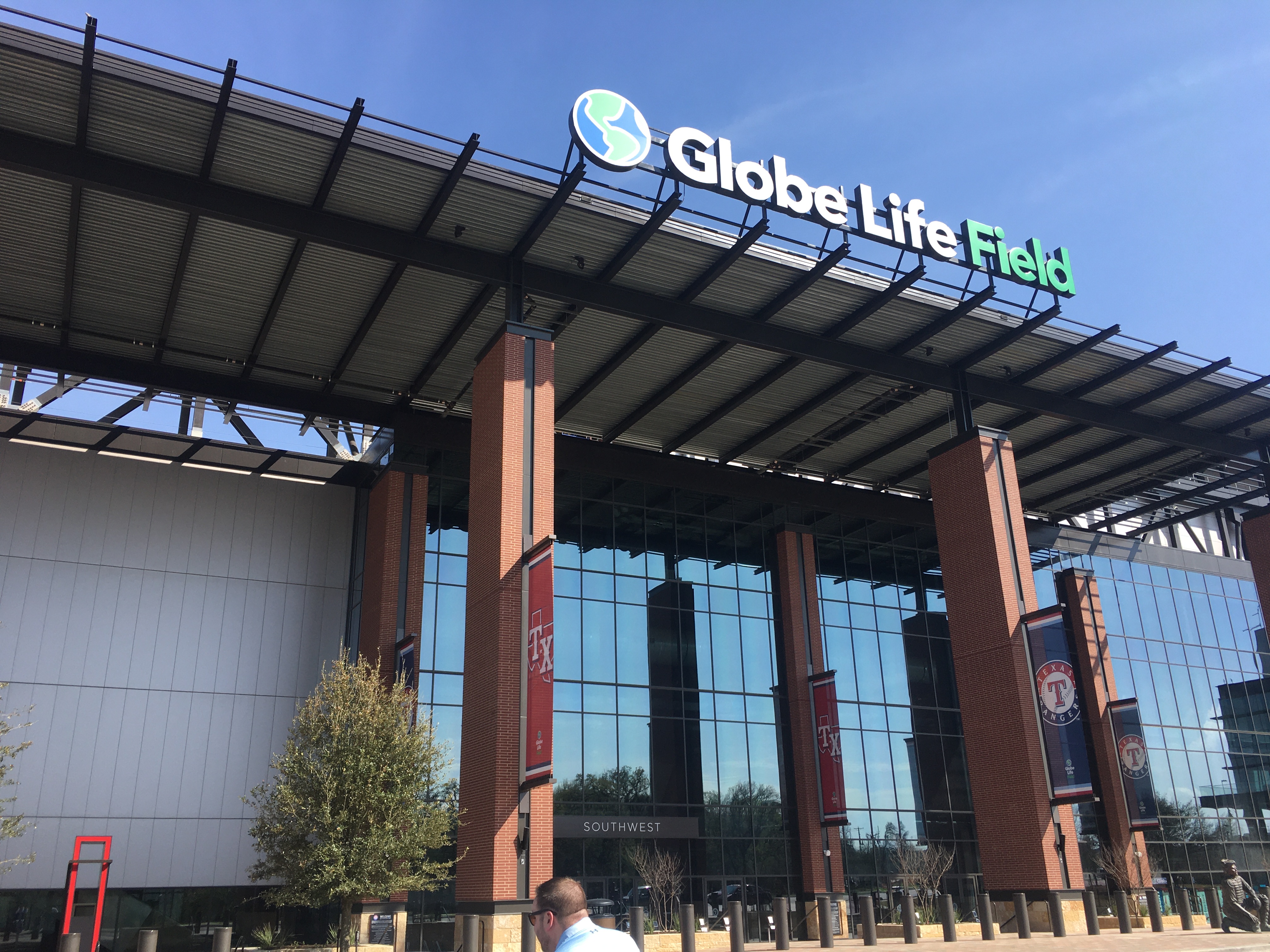 The Dallas Influencers in Sports and Entertainment held a virtual speaker series featuring Texas Rangers’ CFO Kellie Fischer. She discussed the new Globe Life Field and what it looks like, when baseball will resume, and what she is missing from game days.

Fischer can’t wait to show off the new ballpark to fans and enjoy a nice hot dog and beer. “I am absolutely thrilled to have spent so much time on it and can’t wait to show it off.” She believes the speakeasy in premium seating will be the coolest part of the ballpark and no other ballpark has one. The air-conditioning at the ball park will “be worth it” and she is excited for fans to be able to experience Rangers games during those Texas summers without melting. The roof itself is 5.5 acres of steel that moves in one piece to open up the building.

Her communication with the league office is consistent and constantly evolving.

“It is in a plethora of different ways, but to kind of piggy-back off of what you said in terms of it feels like everyone is just speculating. That feels that way because that’s in lot in part to the truth that we don’t know exactly how this is going to end. I give a lot of credit to the league though. I feel they are doing everything they possibly can to get baseball playing. It is important we believe for the country. This is something we are all hoping for, and when I say we I mean the whole collective Major League Baseball and all of the thirty baseball teams. Communication is happening on multiple different levels. First and foremost to each of the thirty team owners, there are multiple calls that are handled with that very tight, small group of people. Those are the real decision makers in the process in terms of the league.”

She has daily communication with her team and her counterparts at the other teams. Each department is trying to work together with themselves and other teams to ensure when baseball is able to be played again, they will be ready. Zoom calls have been a part of daily life.

“We are thirty unique teams though, so we are not at all identical, but we are all doing what we can.”

While each of the teams are competing on the field to ultimately walk away as the World Series champion, they are working together to ensure the league is functioning as best as it can to provide the greatest product for fans.

“We do it all the time whether it is during this situation or not. We compete on the field, we do not compete off the field. That’s why we want to constantly be talking to each other, using best practices in any way we can.”

She also discussed the amazing work the Texas Rangers Baseball Foundation is doing during this time. A few years ago they were able to build a $15 million academy in West Dallas to help youth. To date they have impacted over 40,000 kids. They have indoor and outdoor facilities that can be used any time of year. There is a learning center and a life skills area and it is a safe space for kids to go. It is open to anyone and is truly impacting the lives of children throughout DFW. The Texas Rangers and Dallas Stars are also partnering with DISE and the North Texas Food bank to match donations received through the link on DISE’s website. They also donated 1,000 masks to the City of Arlington and are working on getting food to local hospitals.

While baseball is on pause, the league and teams are still going full charge to figure out how to get baseball back so fans and players alike can enjoy the roar of the crowd or at least watch it on tv.