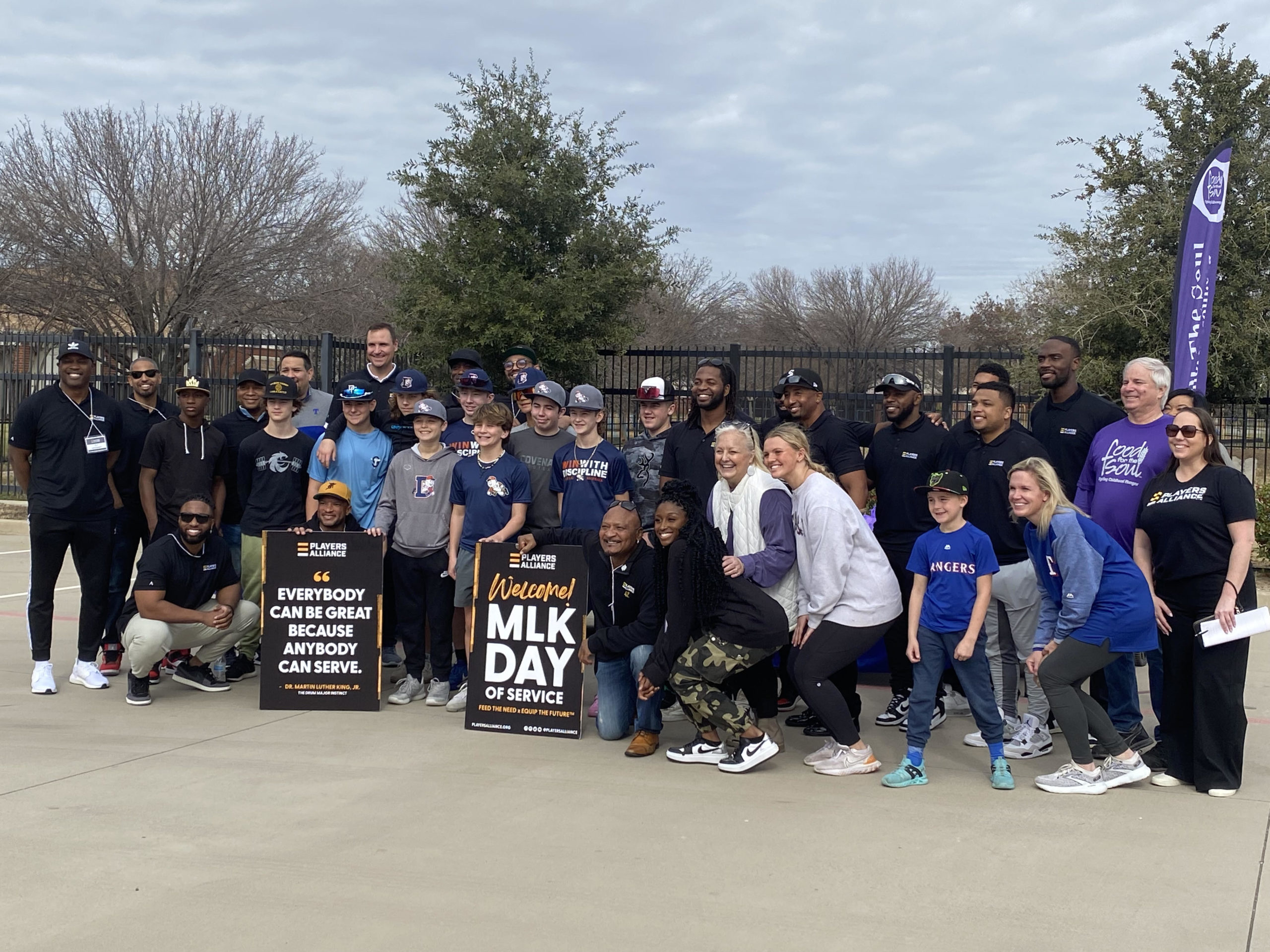 “That’s what Martin Luther King is about, serving. So it was important for me to be a part of that and to give back to the community and just be present and represent part of what’s important to me,” Rangers third base coach Tony Beasley said on Monday. The Texas Rangers Baseball Foundation partnered with Food for the Soul and The Players Alliance on Monday to hold a day of service to the Dallas Fort Worth community.

“It’s always important to give back,” Marcus Semien said. “I think that there are a lot of people in the community that need help, especially during these times. [You] think about the holidays; there are times where people don’t have a lot.” Taylor Hearn, Chris Young, Beasley, Semien, and former Ranger Willie Calhoun, arrived to distribute food to cars. 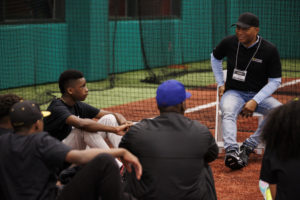 Following the distribution, Hearn, Beasley, Semien, and current and former players interacted with fifty Texas Rangers Youth Academy athletes who participated in the Players Alliance Equip The Future Program. The Program is a mentorship gathering where current and former MLB players give these young athletes insight to help them prepare for challenges on the field and off. “Being a kid growing up in Dallas, I like giving back to my community. [Monday’s event] is something when I got with the Players’ Alliance; they’re really big on giving back to the community. So this is something I never like to miss out on,” Rangers’ 2022 Roberto Clemente Nominee Taylor Hearn said. 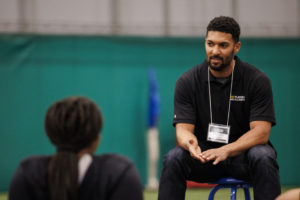 For Taylor Hearn, it’s intriguing because when he grew up (as a Rangers fan), he never met a Texas Rangers player. “It’s kind of crazy but cool,” Hearn told me. “I do the high school tour, and I go to a bunch of high schools and work out with the kids. It’s fun to give them the knowledge I’ve learned from playing pro ball.” Tony Beasley said when interacting with the kids, you never know who you’ll inspire or what difference you’ll make as kids look up to athletes. “It’s important for us to be present and to be positive and make sure that we have an impact,” Beasley said.

To Hearn’s point, hearing advice from big league players playing on National Television as opposed to a coach sticks out more. “I love it because those kids are always looking for anything. Anytime they get knowledge from a major league baseball player they see on TV, they have a difference to retain than what the coaches say sometimes,” Hearn said. 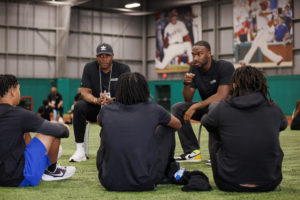 As the calendar hits mid-January, Pitchers and Catchers report in a month. One key during this offseason compared to last year (from a schedule standpoint) is no lockout. No lockout meant smooth communication between the organization and the players, which made it difficult, especially with the new signees. Now, with a beefed-up roster and coaching changes, a traditional offseason makes the roster and coaching transition smoother. “[Last Year during the lockout] we could not communicate with our players, so there was a disconnect between staff and players in the organization,” Beasley said. “This year, everything is all-inclusive [and] we’re able to touch our players to be a part of their training and all their season needs.”

With the roster moves made this winter, I asked Taylor Hearn about his and his teammates’ feelings for the upcoming season. “It’s a different energy, like last year when we signed Seager, Semien, Kole, and Jon Gray, the energy was different,” Taylor Hearn said. “It’s really different now; everybody’s like, oh crap, we’re going to surprise people this year.”

For Marcus Semien, there’s excitement, but it’s also about going out there and playing good baseball. “I like the way our pitching staff looks compared to last year. Even the guys that we had last year are going to be better too. We have a deeper group [, but] position players just need to get better. Everybody needs to stay healthy and work hard, and we’ll see where we are,” Marcus said.

Per Rangers GM Chris Young, Mitch Garver is on track in his rehab and if all goes well he’ll be ready to catch for Spring Training and the regular season.

We all need to take a page from Tony Beasley for today’s thoughts. Stop, reflect, and do whatever we can, as individuals, to bring that smile to someone’s face. You never know when that one extra step or mile will impact someone’s life. “It’s always better to give to than to receive.”