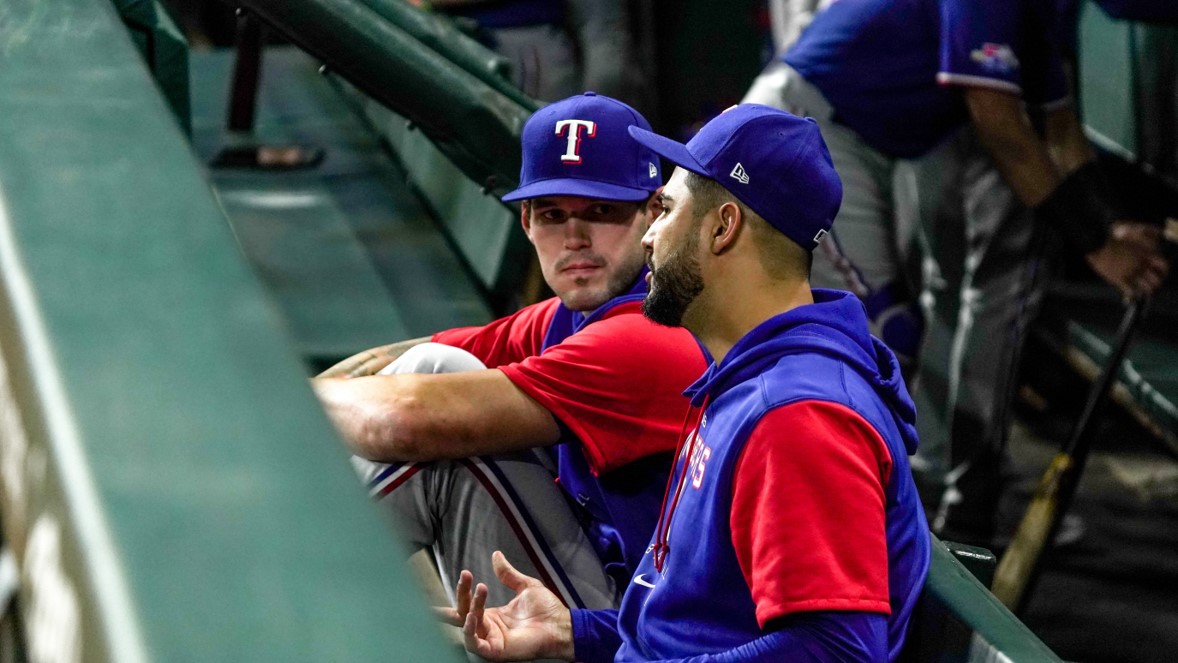 You asked, and I answered. Welcome to “Ask Alex, offseason edition.” The Division Series is wrapping up, and the Rangers have many questions they are pondering now. I’m sure Rangers fans are asking those same queries as well. So on Twitter, I opened the floor, and here is what I came up with.

The next TX Rangers manager is…?  (@KRobnrockin)

The next TX Rangers manager is…?

Honestly, the arrows point to Bruce Bochy, and he is a front-runner to the Rangers. I would say the ball is in his court. It’s not like Bochy has been absent from baseball for the last three seasons. With the San Francisco Giants, Bruce has served as a special advisor. Therefore, he’s been around the current environment of the game. Tony Beasley has interviewed for the job, and while I think he did a decent job taking over, I think the Rangers want to go a different direction (still wanting Tony to be on the coaching staff).

Another name was Mark DeRosa, but considering he’s managing the United States team in the World Baseball Classic, that possibility is dunzo. But I know this; a general manager doesn’t fly to Nashville to meet with someone if they aren’t serious about a candidate.

Do you think the Rangers will interview Wash? (@bzincked)

Do you think the Rangers will interview Wash?

I think the Rangers will interview Ron Washington, but I feel weary about the situation. Let me be clear. I love Ron Washington, and he’s a delight to be around and talk to. Seeing him in April with the Braves and the smile on his face, along with the chuckles, he’s a joyful human being. However, I’m going to use another relationship analogy. Let’s say you and your ex (person A) broke up on good terms. You then end another relationship (person B) because you didn’t see it going anywhere, and now you’ve come across person A. You talk to person A, and some slight feelings come back. Do you rekindle a relationship with person A on the possibility things change? Or do you leave it well and maybe find a person C who that potential partner may better suit for you? That’s where I’m at with Ron Washington.

Ron Washington and Tony Beasley have similar personalities and ways they coach the game. In this day in age, I feel that analytics plays a big part. While there needs to be emotion and thinking with your mind rather than a scientific formula, I think there needs to be common ground. I get a terrible feeling that if Ron Washington and the Rangers reunite, it won’t end well, despite the stars aligning.

Do the Rangers re-sign Martín Pérez, and does he continue to pitch like he did this season? (@ksvulcan)

Do the Rangers re-sign Martin Perez and does he continue to pitch like he did this season?

Martín Pérez loves the Texas Rangers, and the Rangers adore him. Thus, I see an extension happening, especially since Texas didn’t jump the gun to move him at the trade deadline (they weren’t in the race either at the deadline too). I think what could create a roadblock is the years on the extension. Martín and I are both in the 31-year club, so the Rangers may want to do a one or two-year extension, while Pérez may eye a four-year extension. I do believe a deal gets done, but not without some negotiation by both sides.

As for Martín’s potential 2023 success, I don’t think he’ll put up precisely the numbers he put up in 2023. He got out of the gate in Spring Training late, which helped his durability throughout the season. Pérez finished off strong, but in his last start did tap out after 77 pitches which was a bit unusual (it’s a nitpick). I’m curious, considering the Rangers will play all 29 teams and fewer divisional games, how that’ll affect starters facing divisional opponents, as their starters won’t face the Mariners or Astros six possible times. I don’t believe Martín Pérez goes off the road in the other direction, but a 2.89 ERA in 196 innings is a difficult task to duplicate for anyone.

Should Bubba Thompson be a starter for the Texas Rangers, or should he just be a base running and defensive outfielder substitute? (@phil_philar)

Should Bubba Thompson be a starter for the Texas Rangers, or should he just be a base running and defensive outlfielder substitute?

It’ll depend on Bubba’s Spring Training. Looking at the Rangers’ outfield core, you have Leody Taveras, Eli White, Bubba Thompson, and Adolis García. Kole Calhoun also won a gold glove in the outfield; you forgot about that, huh? Anyway, I asked Chris Young if he feels the current Rangers outfield is sufficient, and while he said they’ll look to add in any spot for depth, it’s one I took as “if we add outfielders in free agency, it’ll likely be minor league deals.” That’s not exactly what he said, but it didn’t appear the Rangers are actively searching for an outfielder.

Therefore, the Rangers may go with what they have, and it’s a damn good outfield core defensively. For Bubba, I like him in the ninth slot. With bigger bases next season, his speed will create havoc and give RBI chances in the third inning for Marcus Semien, Corey Seager, and Nathaniel Lowe. The new skipper may even consider Bubba at the top of the lineup, which creates havoc out of the gate. I wouldn’t limit Bubba to a late-inning guy, but I think the only way he misses the Opening Day roster is with an awful Spring (or if everyone else excels in March).

What FA pitchers do you feel we will hone in on, other than Kershaw? (@OKC2025NBAChip)

What FA pitchers do you feel we will hone in on, other than Kershaw?

Looking at the free agent class, I think it’ll depend on who the new manager brings in. A couple of names that intrigue me (from out of the blue) are Noah Syndergaard and Ross Stripling. Noah rejuvenated his career with a 3.83 ERA and, the best part, eighty innings. Of course, the velocity is down, but Noah is pitching more effectively on the corners and utilizing his secondary pitches well. Syndergaard’s ground ball to flyball ratio decreased over time, and in a ballpark like Globe Life Field, that’s a benefit. I think Noah fits well and is an excellent compliment to Jon Gray (both on the mound and in the hair department).

Ross Stripling had a terrific year for the Toronto Blue Jays. A 3.01 ERA in 134 innings and, of course, was teammates with Corey Seager in Los Angeles and Marcus Semien in Toronto. I do think Toronto may pounce on Stripling, but he’s a Texas A&M graduate, and the guy is from Bluebell, Pennsylvania. It doesn’t get any more Texan than that (his nickname is Chicken Strip too). Nevertheless, Stripling has a good arsenal of pitches, and as a right-hander, I think he fits nicely into this rotation as a third starter moved to second.

Guys, I think the Rangers should go after one, MAYBE two starting pitchers in free agency (if they extend Martín Pérez). You get Martín, Gray, one or two spots, and mix in Glenn Otto, Dane Dunning, or Cole Ragans to fit the mix. If I had to pick between the two, I’d go with Syndergaard. He’s younger, a left-hander and suitors will likely be more hesitant based on his injury history. It’s a great sign Noah threw 134 innings this season and earned himself a spot in someone’s rotation. My thoughts on Clayton Kershaw: Unless it’s a one year deal, or two with minimum pay, the Rangers should pass on him.

What if anything do you miss most about games at The Ballpark in Arlington? (@kenschultz_)

What if anything do you miss most about games at The Ballpark in Arlington?

I had a conversation with some folks in the press box towards the end of the season. I asked what’s something distinctly that separates Globe Life Field from other ballparks? There was a lot of thinking on that question. Look, I love the roof and not having to worry about rainouts, potential storms, and heat waves. Plus, of course, the players love it too. But, Globe Life Field doesn’t have many distinct features, while the old ballpark had a fantastic exterior, the office buildings in the hitters’ view, the hill in center field, and it felt more massive on the field than Globe Life. I think that’s what I miss most about the old ballpark.

I will say this in the new ballpark’s defense if you can, please watch a game with the roof open. The sunset reflecting off the right-field jumbotron is gorgeous. It’s also included more Taylor Swift, Backstreet Boys, *NSYNC, and Jonas Brothers music so my music heart loves Globe Life Field more. Unfortunately, it is missing through a pool like at Chase Field. I thought maybe the bullpen guys would break out an inflatable pool in the final game of the season, but it was a no-go.