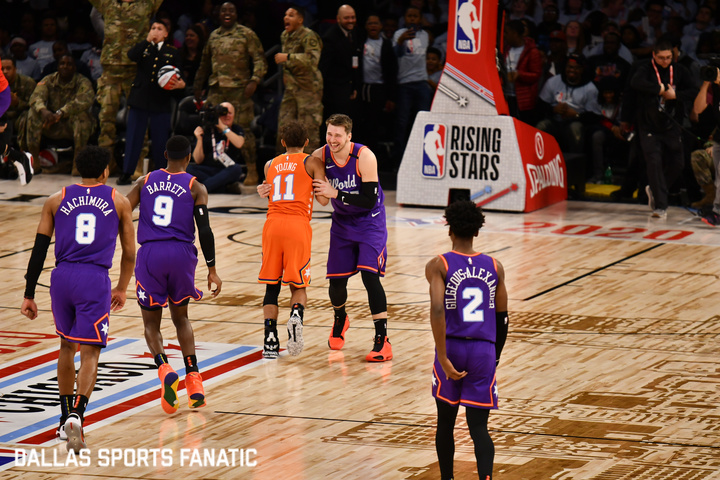 The best of Luka Doncic in the NBA Rising Stars game

The best of Luka Doncic in the NBA Rising Stars game

After Luka Doncic made his triumphant return from an ankle injury on Wednesday night against the Kings, it was clear he would be ready to participate in this weekend’s All-Star festivities in Chicago.  His first event to participate in was the rookie/sophomore game dubbed the “Rising Stars” game between Team USA and Team World.

Doncic would finish with 16 points and 5 assists on a somewhat-surprising 24 minutes that tied several others for a game high. While Luka isn’t the athletic specimen that can throw lobs to himself off the backboard for a dunk, his game can still translate to some pretty fun highlights in a laid back exhibition setting.

And from Slovenia… ✨@luka7doncic | @Chime pic.twitter.com/mujaqzDrEM

Luka and Trae are having too much fun. 😆😆 pic.twitter.com/t6ZCFKzkI4

Luka throws it down and hangs on the rim! 💪@luka7doncic | @Chime pic.twitter.com/InjS26tuG0

While Luka and Team World ended up on the wrong side of the board, it definitely seemed to be a night of smiles for Doncic and the rest of the league’s young stars.

Luka will get to soak in Saturday night’s festivities from the sideline before playing in his first career All-Star game on Sunday as a starter.