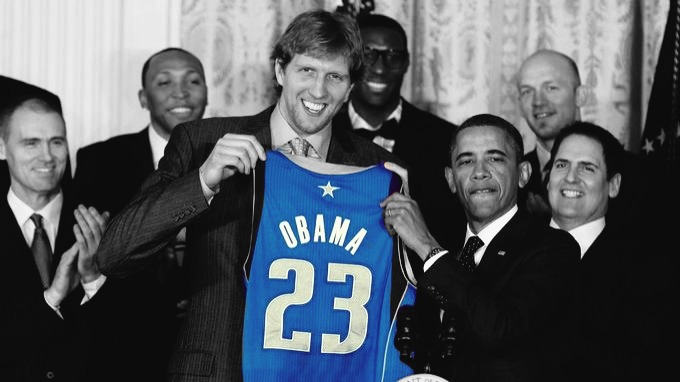 The Government Cabinet of the Dallas Mavericks

The Government Cabinet of the Dallas Mavericks

Often described as one of the best owners in all of sports, Cuban has put this roster in position to contend for a title year in and year out, and has provided it’s fan base a reason to believe each and every year. He is outspoken, a smart businessman, and overall a huge fan of sports. He takes great pride in running this organization, and wants nothing but the best for them and it’s fans.

Working hand in hand with President Cuban, Donnie is just as responsible for everything that happens behind the scenes. While the Mavericks have swung and missed on multiple top tier free agents in the last three summers, he has still managed to help put the team in a position to win each season, and this year has this Mavericks team deeper than ever, and one of the best overall rosters in the league.

Not many coaches in this league can take an entirely new roster each season, and find ways to get them rolling right out of the gate. Coach Carlisle is one of those select few. He’s taken the weapons that President Mark Cuban and VP Donnie Nelson have given him and put his creative genius all over them, resulting in an NBA Championship back in 2011. He doesn’t often get his due as one of the elite coaches in the game, but that’s just fine with him.

Speaker of the House – Dirk Nowitzki

While Dirk might not be the loudest or most vocal member within the Mavs organization, his leadership by example along with actions on and off the basketball court speak volume levels few in this league can reach.

The Mission of the Department of Defense is to provide the military forces needed to deter war and to protect the security of our country. Tyson Chandler, much like the DoD, has a similar mission: to protect the security of the paint. It is his responsibility to make sure those around him are doing their job to defend the basket. He is the final stop. The buck stops with him. This means as he goes, so does the Mavericks defense.

Department of Health and Human Resources – Casey Smith As head trainer of one fantastic Mavs medical and training staff, Smith has an incredible track record of keeping players healthy, maintaining that healthy as well as assisting players through rehabilitation back from the occasional injury. Most notably his ability to thus far keepTyson Chandler, the vital defensive piece to this team’s title aspirations, essentially injury free as a Maverick.

The Department of Tranportation serves the US by ensuring fast, safe, efficient, accessible and convenient transportation. Monta provides the same services for the Mavericks as he cuts, drives and weaves his way into the middle of the opposing defenses. His service allows Dirk, Chandler and others to enjoy wide-opened jump shots.

Chandler Parsons is one-half of the famous Chandler & Chandler: Maverick Justice firm. This organization brought in Parsons to restore order on the court at the small forward position. He enforces punishment to the opposing defense with his ability to play coast-to-coast and finish at the rim, as well as dial up from long distance.

After finally finding his role for this Mavs team last year, “The Wright Stuff” has been a beast in the interior.  Whether it’s displaying his freak athleticism during alley oops or rejecting someone’s shot he has helped protect our interior. Shooting 75% this year and averaging 10 points and 1.5 blocks he has helped secure the paint for the Mavs.

Aminu or “The Chief” may have finally found his niche for this Mavs team.  His incredible length, along with speed and defensive ability have led to a surge in minutes for the 24-year old. He seems to have locked up the first forward role off the bench over Jefferson and Crowder. Our “Chief of Staff” gives Dirk needed rest without a huge dip in production.

There’s nobody in this league who displays 110% on the court more than Jae Crowder. Whether the Mavericks are trailing by 20 points or denominating a team, Crowder’s effort coming off the bench in lopsided games is outstanding.

Department of Veteran Affairs – Richard Jefferson, Jameer Nelson, Charlie Villanueva As an organization to never shy away from veteran presence and stability, the Mavericks once again did their due diligence in adding the services of Jefferson, Nelson and Villanueva who have all now been in the NBA 10 or more seasons contributing on other teams as core members, but now play a smaller role for a realistic shot at the greater goal – a championship.

Who do you call when you need young talent at an affordable price? Greg Smith and Ricky Ledo are the right men for the job. These players can give this organization offensive and defensive production when their name is called.