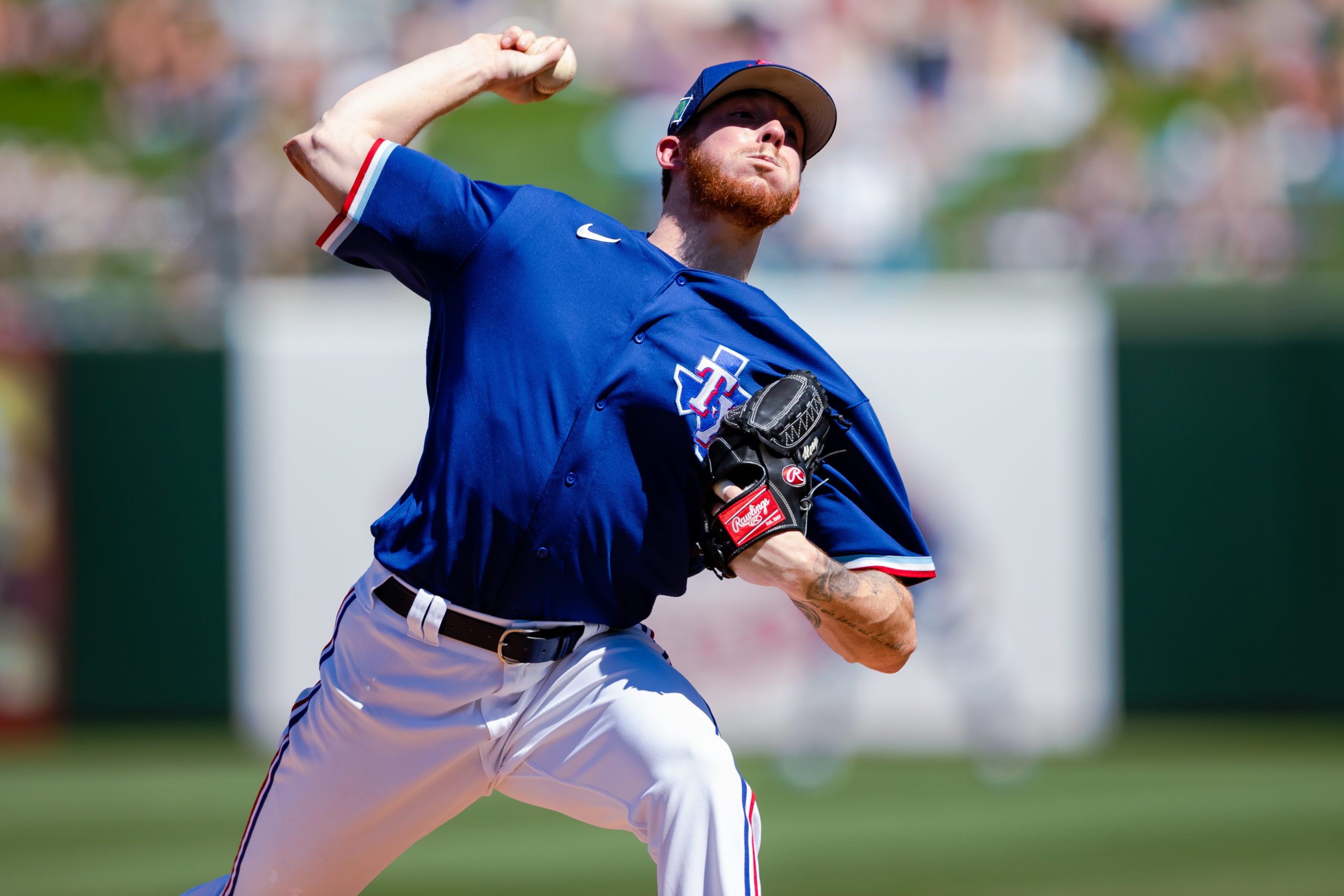 The competition for the Rangers fifth starter remains heated

The competition for the Rangers fifth starter remains heated

The Rangers’ fifth start battle is intensifying. The four pitchers in the final running are AJ Alexy, Spencer Howard, Kolby Allard, and Glenn Otto. Each of these pitchers shows improvement (from a physical and/or mental side) from last year to this year. “It’s the best-case scenario for us that they’re all ready,” Chris Woodward said. “They’re all pitching well, ready, and dialed in. Unfortunately, we don’t have enough space on our roster to have everyone on the team.” But, by all calculations, each of those guys may have one more start to tip the scales in their favor.

We’re time traveling back to 2021, where Kolby Allard earned one of the final spots on the Rangers’ 2021 Opening Day roster. One year later, Allard is on the fringe again. “I think there’s a lot of things in baseball that are out of your control in the whole grand scheme of things,” Allard told me. “I continued to try to go out there and make myself better and let the chips fall that way,” Kolby said that he’s in a better spot physically than last year, plus he put on a few more pounds. On the mental side for Kolby, it was about evaluating what happened last year and what transpired during the struggles down the stretch in his first full Major League season.

Allard pitched in one Spring Training game and an intrasquad game Sunday in the past week. In his five innings, Kolby allowed one run, four hits, walked a batter, and struck out five. “I think I’m in a good spot,” Allard told me. “Body feels good, and stuff feels pretty sharp.”

Three innings for Kolby Allard and he struck out a few, allowed a walk, four hits, and picked off a dude. #Rangers

I feel like Spencer Howard can provide the most dominance from a pitching arsenal standpoint out of the four guys in this competition. However, the inconsistencies provided a rough 2021 campaign in the majors for Spencer after he joined the Rangers. “I feel pretty under control just in and around the zone,” Howard told me. For Spencer, entering the 2022 camp, his focus was more on the mental side. “The things I’ve been working on for the past couple of years is getting into my default pitching mode,” Howard said. “I don’t feel like [it happens] in the forefront of my brain when I’m pitching. I can actually just go out there and compete.”

Because of the limited time, Howard has made one appearance. It was an impressive two innings where he struck out three hitters. In his March 24th outing against Oakland, Howard didn’t allow a single baserunner to reach. Spencer Howard was the main piece for the Rangers in the Kyle Gibson deal.

Spencer Howard is not messing around today, two innings of quality work.

“AJ Alexy went nine up and nine down yesterday, and he may not make our team.” Well, it’s a possibility, but Alexy’s Spring may be the most dominant of any Rangers pitcher overall. For AJ, the difference between 2021 and 2022 is confidence. “You always get those pre-game jitters, I definitely did in New York, but I try to work on my mental game more and stay focused,” Alexy told me. “I’m pretty happy with where my pitches are, and it’s just refining them and tweaking them to get them more in the zone.”

In Alexy’s five innings of Spring, he’s allowed one hit, no runs, one walk, and only need forty-right pitches to accomplish this. So does Alexy does he have the edge for the fifth spot? Well, Chris Woodward didn’t go that far. “I wouldn’t say frontrunner, [but] he did pitch good,” Woody said after Sunday’s game. If Alexy can command all of his pitches and avoid walking batters, he’ll be a presence on the mound.

They both have come against Arizona FYI.

Otto took the Rangers’ fans by storm in his big league debut, shutting down a formidable Astros lineup. However, he skidded to end the season after that, but it all was a learning experience for Glenn. “The guys around me, the staff here, make sure we learn from the moments where we fail,” Otto told me. “Last year [I] had a lot of outings that I wish went the other way, but they were learning moments.” At the top of Otto’s lessons list is trusting his stuff. Plus, attacking with his pitches as much as possible and letting his pitches play out. “Getting into those deep counts and knowing that I have the pitch to get out no matter who’s in the box, not trying to do ore, extra, etc.,” Otto said.

Glenn Otto’s Spring numbers should come with a small disclaimer. It’s no offense to the Diamondbacks, Athletics, or Royals, but Otto faced a near full White Sox lineup and a near-full Mariners lineup. I asked Woodward Sunday if he takes any stock into who each faces and their lineup. “There’s definitely some stock into that. That’s something as a big-league pitcher. You’re going to have to face them. The more times we get our young guys in front of those guys, the better.” Although the command was still a little off, Chris Woodward saw improvement on Monday’s outing from Otto. “Overall, it was a better outing. After Monday’s game, Woody said he looked like he was in more control of his stuff,” Woody said after Monday’s game.

The ball actually landed on the back of Glenn Otto's leg just above the ankle (had a shiny red spot). Glenn says he's all good.

Otto also chuckled "If I was a better athlete, I would have found a better way to get the glove in front of it." #Rangers https://t.co/WfgPgBDmMe

Chris Woodward said on Monday that the decision might not even dial down to performance. Instead, the lucky winner could be determined by matchups and how the fifth starter fits the team. “How do you tell a guy you didn’t earn it?” Woodward said. “That’s not reality. A guy may have earned it. I just sent down Josh Smith. The guy is the best player in Arizona. I think some of these pitchers are going to fall into the same situation.” There may be a slight chance two of these guys will make the club, but there will undoubtedly be some difficult conversations happening in the next week in Rangers’ camp.

My prediction at this moment: AJ Alexy