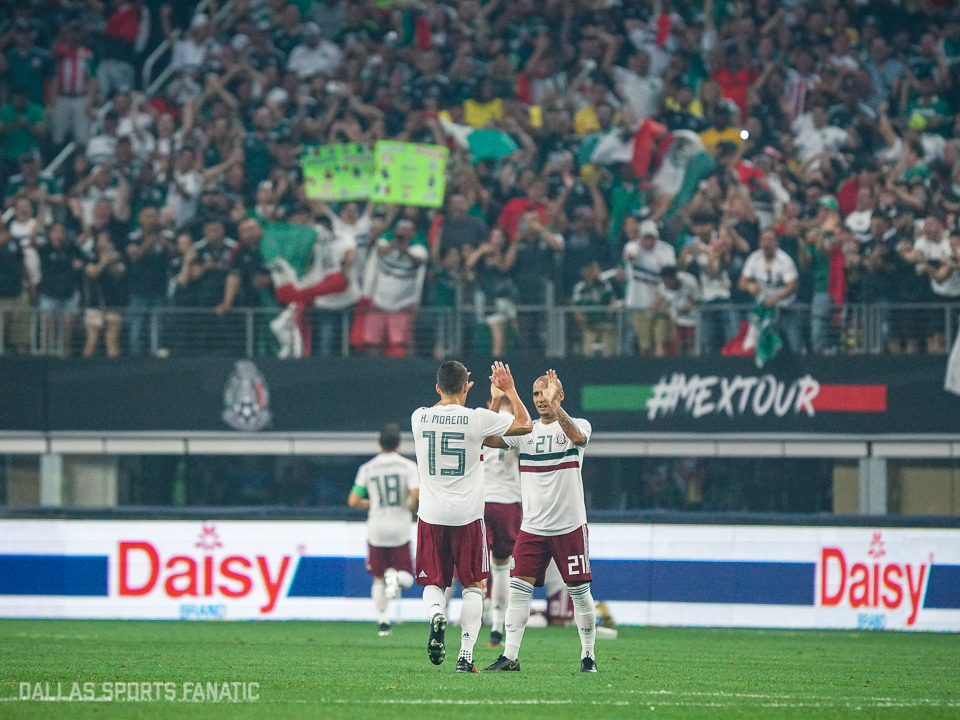 With all semifinalists now confirmed, the Gold Cup comes to an end for the DFW area, which hosted nine games at various local venues.

With all the goals scored and great individual/group performances, nothing beats the fact that fans were in the stands. We start with one of the best things in this year’s tournament, the fans in stadiums. The fans played a massive factor in their side’s success in this Gold Cup. This Gold Cup wouldn’t have been the same without fans filling the stadiums.

Around 150 thousand fans showed up to support their country in the DFW area for the nine games. From a soccer fan perspective, that is a lot of people filling up the stadiums. Due to COVID last year, the Gold Cup was delayed until this year, and as a result, fans were eager to show up to the stadiums.

One of the ugliest things to happen in this tournament was Hirving Lozano’s injury in his El Tri debut against Trinidad & Tobago. After his collision in the early minutes of the game, Lozano’s Gold Cup tournament ended. He would take about 4-6 weeks to recuperate from his injuries caused by the collision he had with the goalkeeper.

Perhaps, Lozano’s injury was the worst thing to happen in this tournament. Mexico’s games could have gone better after losing one of their star players. The games against Trinidad and El Salvador could’ve been a lot more dominant if he had played those games.

Mexico star Chucky Lozano is carted off after taking a hit to the head and neck area against Trinidad & Tobago pic.twitter.com/hQhA8vxfnn

Ending with one of the funniest moments in this year’s edition was Walmer Martínez’s goal for El Salvador against Trinidad & Tobago on July 14th at Toyota Stadium. After a shot on goal, the ball slid across the whole goal line before Juan Carlos Portillo attempted to pass it? Shoot it? Taking a weird deflection for Martínez to just pass it to the back of the net.

El Salvador went on to win the game 2-0. And as a result, they secured a spot in the quarterfinals. El Salvador eventually was eliminated by Qatar in a thrilling 3-2 score in favor of the Middle Eastern side.

EL SALVADOR DO IT AGAIN! 🔥

They add another goal in the final minutes to seal their victory against Trinidad & Tobago 🇸🇻 pic.twitter.com/Kk8BGjjP15

The Gold Cup will remain in Texas for the semifinals when Mexico squares off against Canada at NRG Stadium in Houston. The United States will face against the tournament’s surprise team, Qatar, at the Q2 Stadium in Austin. The winners of both semifinals will make a trip to the final at the Allegiant Stadium in Las Vegas, NV.