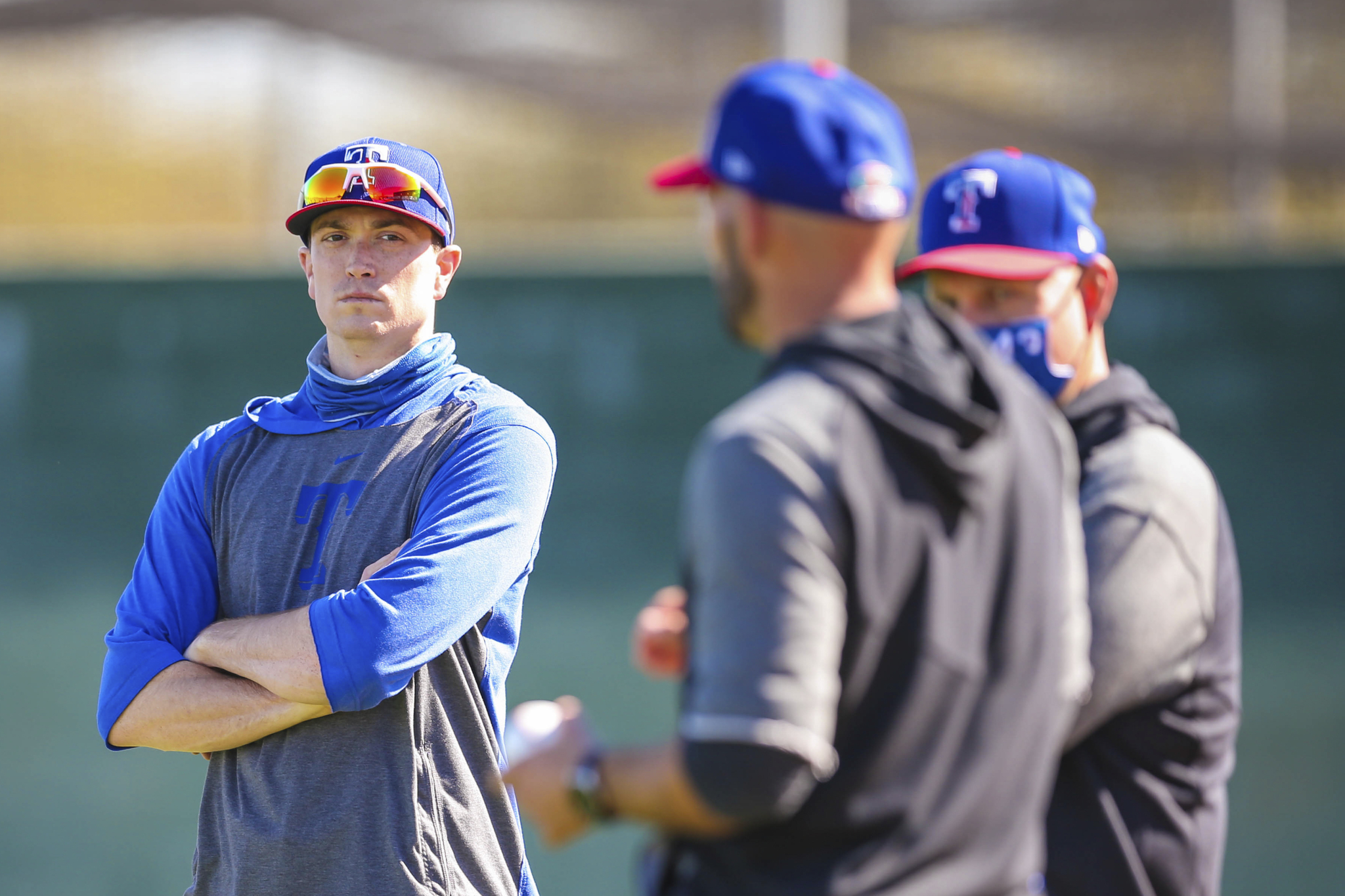 The Good, the Bad, and the not so Ugly of the Texas Rangers the last few weeks

The Good, the Bad, and the not so Ugly of the Texas Rangers the last few weeks

The Rangers enter Saturday night’s game against the Mariners two games under .500. Some say the club has exceeded expectations, but the guys in the clubhouse feel like it’s only starting. Texas won the last four-game series at Minnesota, and after Tuesday’s game in San Francisco, the Rangers will complete a string of nineteen straight games without a day off. Following that span, they’ll play eleven straight between Houston, the Yankees, and Houston again. Let’s look at some of the good and bad we’ve seen recently in this club, a club that can reach .500 with a series win against the Mariners.

Opening Day is a thing in the past for Gibson and the Rangers. Quite frankly, I think it was more mental than anything else. Gibson started in Kansas City with his family in attendance, along with his first opening day outing. Since that start, Gibson allowed six earned runs in forty-one innings (1.32 ERA). In his last start against his old club, Kyle did give up his first two homers of the season but again, nerves could be the culprit against his former squad. Regardless, since Opening Day, Gibson has pitched at least six innings in every outing and has gone eight innings twice.

Asked @kgib44 if it was awkward hearing fans at Target field cheer when he gave up the homers to Buxton and Astudillo.

"It's better than what they used to do, they used to boo me when I gave up a homer. That was way worse." #StraightUpTX #Rangers

2021 is a crucial year for Jordan Lyles. He entered the season on a mission and looked good coming out of Spring Training. To start 2021, he pitched like things changed from 2020. While the pitching lines weren’t eye-grabbing, he’d gone into the fifth inning in all of his first four starts allowing three runs or fewer. Jordan isn’t going to blow hitters away by any means, but that line is passable on any given night. However, in his last three starts, Lyles allowed fifteen runs in just under twelve innings. His best start in that trio came on Thursday, where he mustered up five innings of three-run ball, close to what he was posting before the rough stretch.

The Good: The bullpen

If I put this out here twenty days ago, you would already be lining up with torches and pitchforks at my door. Now, look where we are. I want to take a gander back to the first weekend of the season and what a leader on this team, Jose Trevino, told me. Jose talked about circumstances where pitching doesn’t click, or hitting doesn’t click and each side picking each other up, and the guys understood that “It’s baseball,” Jose said.

In the meantime, since April 26 (12 games), the Rangers ‘pen pitched the second-most innings and allowed the second-fewest earned runs (tied with four other teams). The club’s earned run average in that span marks the second best, and the team’s walks per nine innings are MLB best. Unfortunately, Josh Sborz’s run allowed Friday was the difference, but the bullpen saved the previous week’s series against the Twins. With the shuffling around, the pen is holding its ground.

Friday’s loss to right-hander Chris Flexen and the Mariners handed Texas their fourteenth loss when an opposing starter is a right-hander. The club is now 5-14 when that happens, which is by far the worst percentage in MLB (.263). Next on the list would be the Detroit Tigers at 7-17 (.292 win %). On the other side, Texas is 11-4 when an opposing left-handed starter takes the mound (.733 win %). While teams like the Cubs and White Sox have better percentages, the Cubs faced eight lefty starters, and the White Sox have faced six compared to fifteen from the Rangers.

“I feel like I got that same question a month ago, and it was the opposite,” Rangers manager Chris Woodward chuckled. “Our righties hit lefties, and our lefties hang in there against the left-handed pitcher.” What’s weird is that the club’s offensive output is worse against left-handers than right-handers. Woodward credits his guy’s game plan but feels they haven’t faced the “big mama” of left-handed starters. “We haven’t faced the Chris Sale’s of the world, and there aren’t many guys like that anymore, from the left side. We got a good game plan, and I prefer us to hit the righties as well.” I think we’re having more fun in 2021 than we all realized entering the month of April.