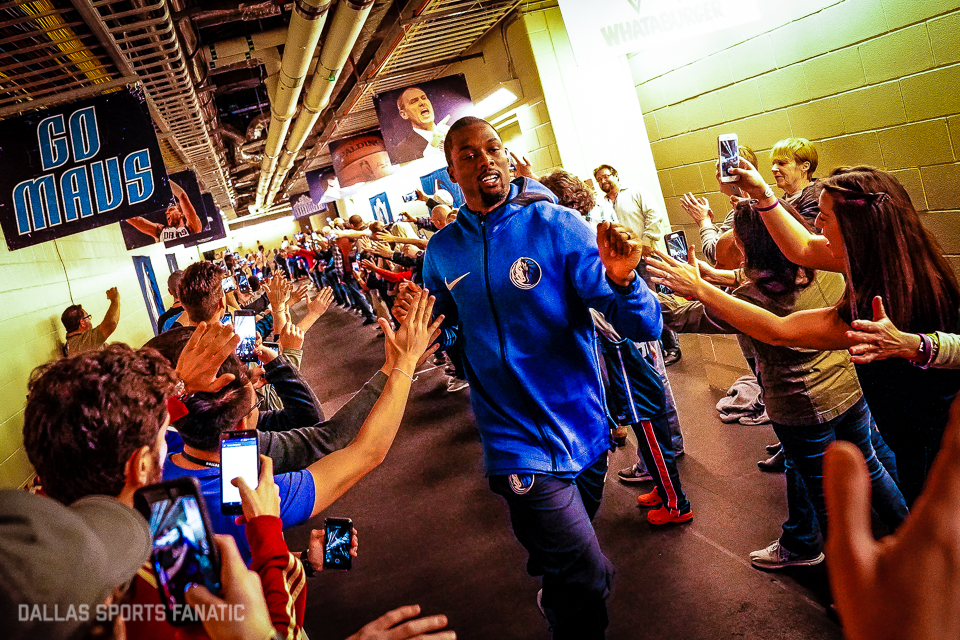 What would you say if I told you the Mavs got an exciting young forward from another team, then added two young, promising players who grow into future MVP’s, which eventually leads to multiple 50-win seasons and a Dallas Championship? Crazy, right?

Well, this is pretty much what happened in 1996 when the Dallas Mavericks traded Jason Kidd in a six-player deal for 1995 first-round pick Michael Finley. A young, promising wing who would carry the burden of being “the guy”  for his first few years in Dallas as the Mavericks struggled to look like an NBA team. Finley was the leader of this team that would soon become an electric offense under Don Nelson with the growth of Steve Nash and Dirk Nowitzki. Fin became the veteran leader that the young team needed to transform into a winning culture. What was once the team who was failing to win 30 games, soon began winning 50 games per season like clockwork.

History doesn’t repeat itself often but from what we’ve seen so far, Harrison Barnes’ current path with Dallas is oddly similar of Finley’s. DSJ and Doncic sure seem like a possible second coming of Nash and Dirk, maybe the next ‘Big 3’. But, what Barnes is doing is the first real ingredient how winning teams are made. Someone must help the team through the early, at times gut-wrenching  rebuild. There is a reason stars want to play with other stars, it’s not easy to be the go-to guy on a bad team. It takes more than skill it is a mindset that most players can’t or won’t embrace. Not many can take the constant labeling of being overpaid or not a number one option while the team goes through a transition stage. More often it could lead to trade demands or tension in locker room, which usually sets the franchise back a few years.

Harrison came from a record setting 73-win team, to the Mavs who have only won a combined 57 through the last two seasons. From being a role player to a guy the team leans on every night to score 20 points per game can take a toll or be a huge challenge for a player. Barnes does this with a quiet dignity that shows young players how to represent your team. His work ethic and professionalism should be the NBA standard. The play from #40 has been the steady hand the team needs while the rest of the puzzle pieces are brought together (looking at you DSJ & Doncic). HB’s numbers have increased across the board from the moment he stepped in Dallas and while not the most electric scorer, he is still putting the team in position to win games.

Since coming to Dallas, he partnered with retired Dallas Police Chief David Brown to host free basketball clinics, paid for 150 kids to see “Black Panther”, and even writing a 2,000-word article “Big, Small Town” on Dallas. He is part of the Dallas Mavericks family and has adopted the city, not just the team colors.

Here is hoping Barnes can continue what he has helped start in Dallas and get this team back to the promise land. The team’s two young prospects likely will surpass him one day and I think he is fine with that. His legacy might be one fans don’t quite appreciate right now, but like Michael Finley, he could be a big piece of Mavericks history, present and future.