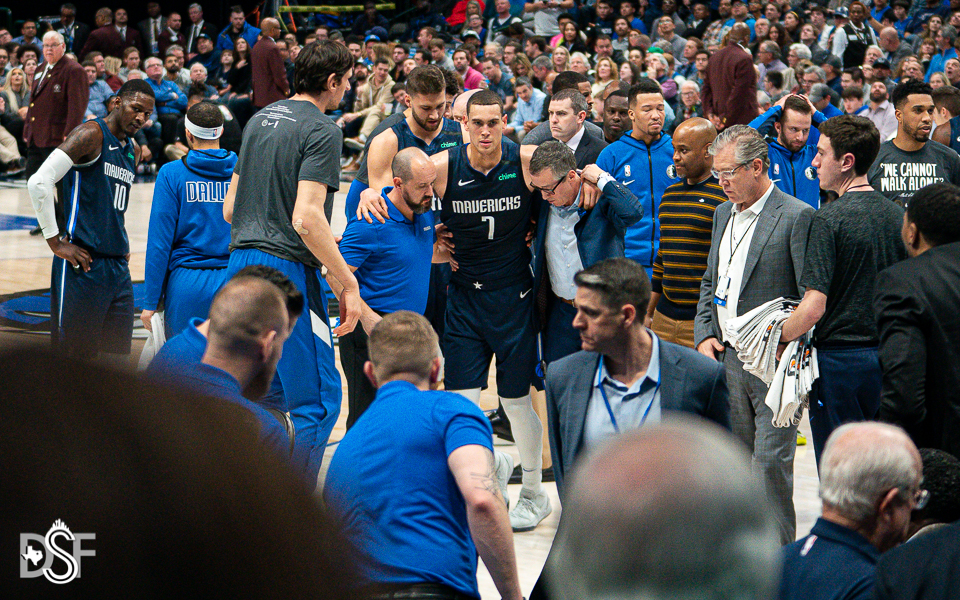 The Mavericks have their Dwight Powell placeholder in Willie Cauley-Stein

The Mavericks have their Dwight Powell placeholder in Willie Cauley-Stein

Dallas will absorb his minimum salary into their $11 million exception created by the Harrison Barnes trade. Golden State will get a second round pick courtesy of the Utah Jazz in return.

Cauley-Stein was the sixth overall pick in the 2015 draft. He has career averages of 9.8 points, 6.4 rebounds, and .8 blocks in just under 24 minutes per game.

Obviously, the precursor for this move was Dwight Powell suffering a season-ending Achilles rupture. Cauley-Stein, whether the organization admits it or not, is sure to be viewed as a Powell placeholder.

So how does he stack up? Physically, he very much looks the part. He is a legit 7-footer, in a bouncy, 240 pound frame. Smarter basketball people than myself would tell you he was destined to play the rim runner role in Rick Carlisle’s offense.

However, he has been plagued by inconsistent effort and discipline throughout his entire career. That’s the reason a guy with his physical profile couldn’t get a second contract from the team who drafted him.

The Mavericks had a similar project in Nerlens Noel a few years ago. If you recall, the Mavericks landed Noel for pennies at the deadline back in February 2017. Noel showed signs of brilliance, but a clear disconnect between he and Coach Carlisle led to an uneven tenure in Dallas.

There is just no room on a Rick Carlisle team for a lack of focus, regardless of the physical talent. That’s why a guy with clear limitations like Powell is so beloved by the organization. He plays with maximum effort and attention to detail and in Rick Carlisle’s eyes, it’s made him invaluable.

The good news for Cauley-Stein is that he will finally get to be a part of a winning team. A team with a history of reviving middling careers.

Guys like the aforementioned Dwight Powell, Brandan Wright, and Dejuan Blair were all afterthoughts before landing in Dallas, but the willingness to buy into a system and accept coaching helped them reach levels they never had before.

Cauley-Stein has as much physical ability as any of those guys, maybe more, and Rick Carlisle certainly knows how to harness that.

It sounds cliche, but it really is up to Willie whether or not he has success here. He has every tool at his disposal to be so.