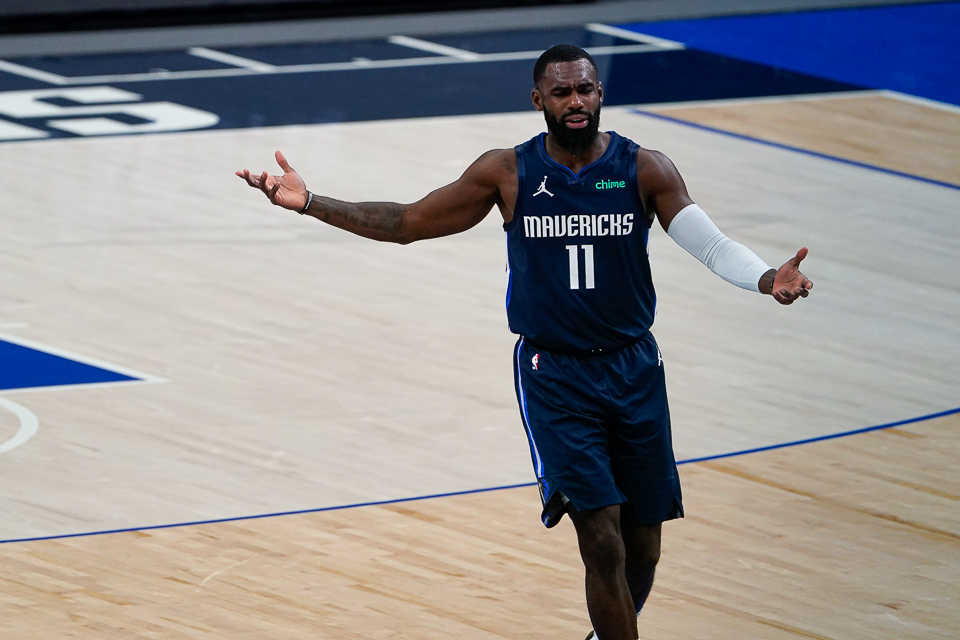 The Mavericks suffer another disappointing defeat to the Kings, 113-106

The Mavericks suffer another disappointing defeat to the Kings, 113-106

What happens when you fall down 20-3 in the opening minutes of a game? You typically lose.

That’s exactly what happened to the Mavericks last night, as they suffered another defeat to the Sacramento Kings, 113-106, their second loss to the Kings in the last nine days.

From the jump, the energy wasn’t there for Dallas. The Kings were getting whatever they wanted as the Mavericks looked flat and couldn’t hit a shot themselves, falling down 31-17 at the end of the first quarter.

Without the surge of Trey Burke and Boban in the second quarter, Dallas was on their way to being run out of the gym. Burke scored 15 first half points to lead the Mavericks into halftime only down by seven.

And yet, it wasn’t enough. Despite taking the lead in moments as the score bounced back and forth, it was the Kings who held on to the lead as the Mavericks failed to hit shots and get stops down the stretch.

Of course, the Mavs were without Kristaps Porzingis, Josh Richardson, JJ Redick, and essentially Maxi Kleber, who only played 10 minutes, but that’s not that point here. Dallas had enough talent to beat the Kings last night, who were without their star player, DeAaron Fox, and lost Harrison Barnes in the third quarter.

When you come out with no energy and no sense of urgency, no matter what level of team you’re playing, you’re going to struggle. You’re going to fall into a hole, as the Mavericks did in the opening minutes of last night’s game, and the rest of the game will be you attempting to climb out of that hole to a level playing field.

At the end of the day, this Mavericks team isn’t good enough to fall into these holes early on in games. If they can’t get up for these games against lesser opponents when their playoff lives are on the line, then I don’t know what to tell you.

Dallas plays their second game of the back-to-back tonight in Golden State.