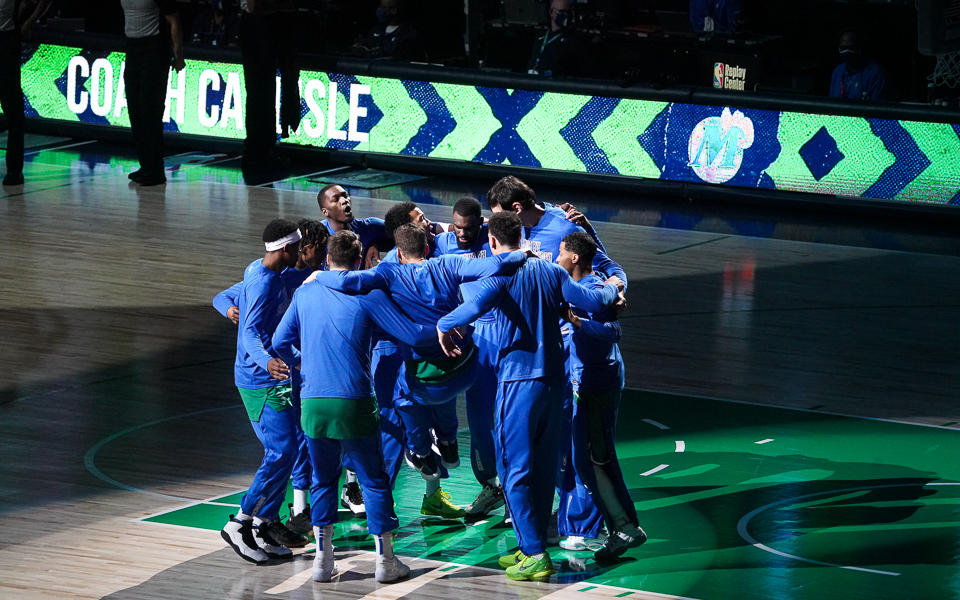 The Dallas Mavericks arguably played their best all-around game of the season tonight as they defeated the Utah Jazz, 111-103, and ending the league’s best record’s nine-game winning streak.

It was a true team effort tonight for the Mavericks as they checked all the boxes on both sides of the floor. On offense, Dallas hit open shots and took advantage of mismatches, hitting 23 3-pointers on the night. On the defensive end, the Mavericks were physical and constantly active, no matter who was on the floor.

“The way we played defense, that was the key to the game. I think we played amazing defense today,” Luka Doncic said postgame.

Luka led the way for the Mavericks with 31 points, nine rebounds, and eight assists while hitting 6-of-11 from three.

The Mavs are 11-2 with Luka in that span. pic.twitter.com/AntZsIzzn6

Josh Richardson and Dorian Finney-Smith did an amazing job collectively slowing down Utah’s Donovan Mitchell, holding him to just 16 points on 6-of-23 from the floor and 0-of-8 from downtown.

Finney-Smith was the man of the hour tonight and not just for his defensive efforts. DFS scored a season-high 23 points, six rebounds, and four assists as well as a season-high five made 3-pointers.

“I knew I was going to get shots because I knew they was going to put Rudy on me,” Finney-Smith said. With Gobert sagging off to stay closer to the rim, DFS had endless opportunities to take and hit open shots.

🗣 HERE HE COMES & DOWN IT GOES pic.twitter.com/5BPCoRwGNC

Jalen Brunson added 20 points off the bench, hitting 4-of-7 3-pointers. Josh Richardson scored 17 points on a perfect 5-of-5 from deep.

Nicolo Melli won the defensive player of the game championship belt for the first time tonight as his energy and effort on the defensive end was evident and infectious alongside Richardson and Finney-Smith.

We told y’all you weren’t ready for this Melli. #MFFL pic.twitter.com/SAkxDTZN5X

The Mavericks will look to extend their winning streak to six games on Wednesday against the Houston Rockets.