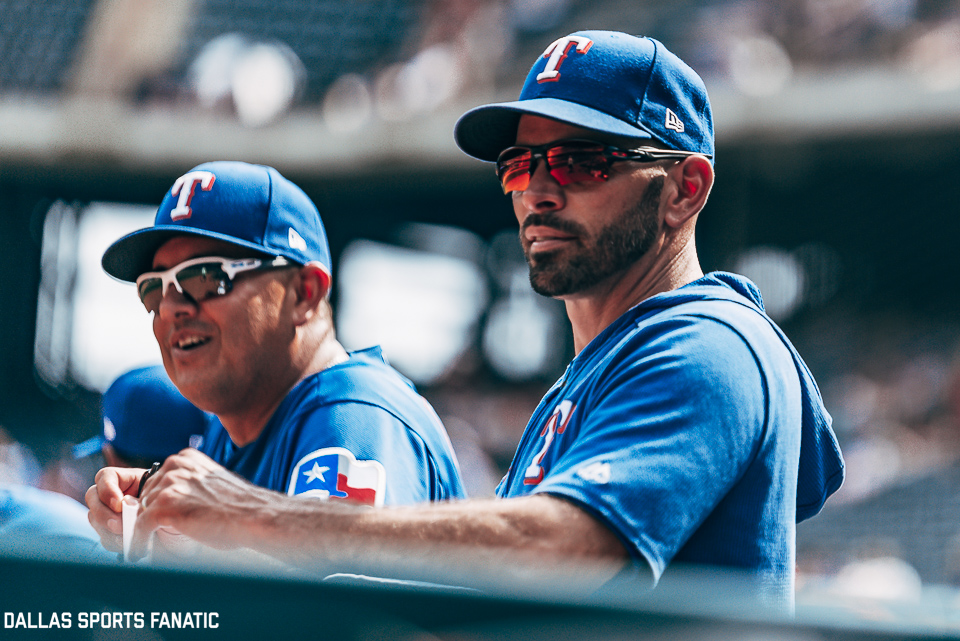 The most intriguing aspects of a radically different 2020 Rangers season

The most intriguing aspects of a radically different 2020 Rangers season

As the MLB owners and players finally agreed on Tuesday night to a 60 game season starting on July 24th after months of hostile negotiations, tons of rules and interesting facets of the structure of the season began to leak their way out through the national media. From a condensed schedule to increased roster sizes to the universal DH, there are so many different aspects of this season that are different from anything we’ve seen before.

Players are tentatively scheduled to report to spring training 2.0 on July 1st, but there will certainly be some hurdles for all teams to overcome in those three weeks preparing for the season as there will certainly be plenty of cases of COVID-19 to fight through. The Athletic reports that players and staff will be tested every other day throughout the training period and the season. Like I stated in a piece about the NBA earlier this week: positive cases are going to happen, but we’ve learned enough to know that doesn’t need to shut the whole league down. Baseball definitely faces a taller mountain to climb for complete safety with their teams traveling around the country and potentially having fans in select venues.

Assuming a season is actually able to be played in the middle of a pandemic that has showed no signs of slowing down, here are some of the most intriguing aspects of what the 2020 MLB season will offer thanks to rule changes and a condensed schedule:

A lot of West Coast baseball for Rangers fans
It was reported by most national writers Tuesday night that each team’s 60 game schedule will be broken down into 40 games in your own division and then 20 interleague games against the division equivalent to yours in the opposite league (AL West vs NL West). With that in mind, the slate of opponents the Rangers will face in 2020 will be:

Only one of those teams plays in the same time zone as the Rangers (Astros) and only one other isn’t in the Pacific Time Zone (Rockies). It hasn’t been determined what time games will start yet, but if things are anything like what they normally are, tons of late-night starts will be on schedule for the Rangers and their fans. This won’t affect the team’s play, but I can’t imagine it will be great for local television ratings. Perhaps the urgency of each game in a shortened season will keep me up past midnight on a Tuesday night in Oakland, but it has been a problem for me in the past.

All extra-inning games will start with a runner on second base beginning in the 10th.

I cannot imagine the average baseball fan is going to love this. Imagine the uproar the very first time a leadoff hitter drives in a run on a cheap, bloop single in the top of the 10th inning. It will be kind of silly, but at least the home team will have the same opportunity in the bottom half of the inning. This has already been a thing in the minor leagues but it will certainly be a trip to see for the first time at the Major League level.

The three-batter-minimum will still be in effect for pitchers for the first time. This will certainly be a time-saving move in the later innings as the chess match of situational relievers has really gotten out of hand in the last decade or so. A game can be completely cruising innings one through six and then once the starting pitcher is removed, the game comes to a complete halt. This may not bother some people, but it certainly provides plenty of opportunities for average fans and even those casually passing through on TV a chance to lose their focus on the game.

The universal DH is certainly the rule change that will rear its head the most in 2020. As a fan of an AL team that only plays a handful of games in NL parks every season, I don’t have a strong feeling either way about pitcher hitting. If the Rangers will be playing a third of their games against NL teams, I suppose I’d rather there just be the DH in all of those games at NL parks. This will certainly help a few more players find jobs as notable sluggers like Yasiel Puig are still unsigned.

It’s also crazy that there will be a trade deadline in a 60 game season. That will be on August 31st, approximately five weeks into the regular season and with just about four weeks remaining. Players will have to be on active rosters by September 15th in order to be eligible for postseason play. Notable Rangers on expiring contracts who could be interesting names at the deadline if the Rangers aren’t playing well are Shin-Soo Choo and Mike Minor. I would hope that trades are pretty rare in the middle of a global pandemic, but it’s a tough business sometimes.

There are tons of other interesting little nuggets like rules with hygiene and celebrations. If this all happens, of course TBD with the COVID-19 cases still coming like crazy, it will be a fascinating season. It will also be happening concurrently with basically all other sports.

More sports to look forward to.

Add in Major League Soccer’s return to play tournament getting underway in Orlando on July 8th and after several months of no sports, and fans will have no shortage of months in the coming months.