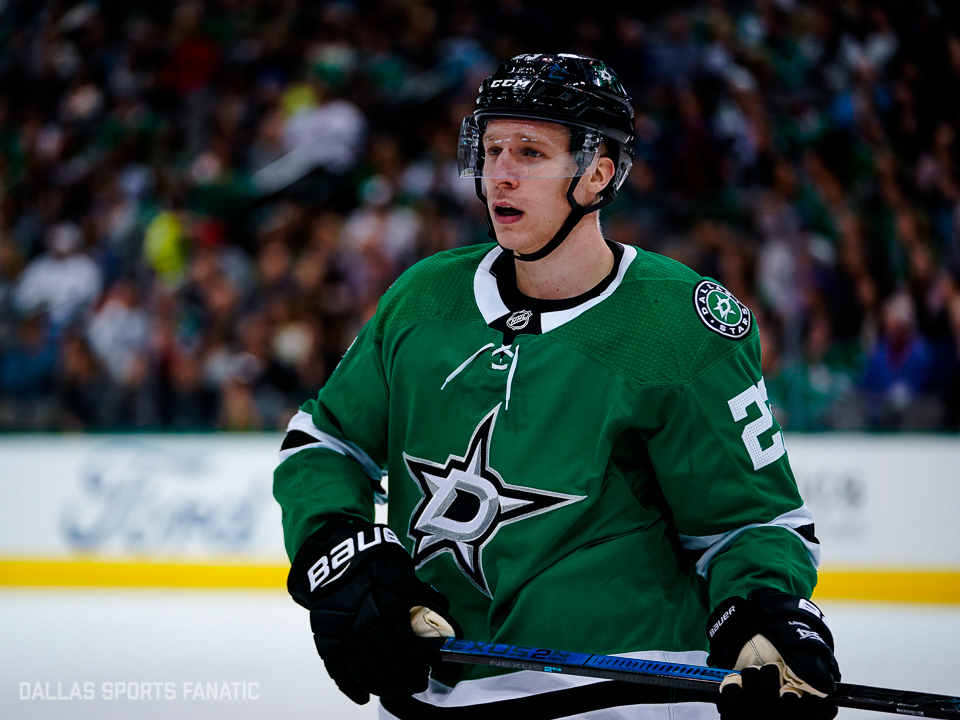 Overview:
Playing three games in four days while on the road, can be quite daunting. Tonight, the Stars fell victim to that schedule. It also doesn’t help that Sidney Crosby chose tonight to return and was ready to get the Penguins out of a losing slump. The Stars have begun to regress with their road offense as they have struggled to light the lamp recently. It seems that their six goal game against the Islanders is starting to look like an anomaly. However, the defense has not been an issue surprisingly. Prior to this game, the Stars have held other teams down in the goal column. But haven’t been able to produce that much offense. This is where the Stars have needed Klingberg, and it was obvious against the Rangers and the Penguins.

First Period:
The Penguins took control of this game and never looked back. About four minutes in, the Penguins Sidney Crosby threw a backhand pass to Jake Guenztel for a one-timer. The shot snuck through Khudobin to make it 1-0. Shortly after that, the Stars Alexander Radulov took a minor penalty and allowed the high-powered Penguins to increase their lead. Evgeni Malkin slowly skated up the high slot and picked the right corner over Khudobin. Then, Crosby embarrassed the Stars young d-core by outskating Lindell, then cut in front of the net and was able to tap in his own rebound to make it 3-0. The best opportunity for the Stars on offense was when Seguin was all alone in the slot and wrung one off the post. After that, the Stars barely hung on as the Pens continued to dominate every facet of the game.

Second Period:
As the second period began, the Stars continued to look dead. However, the Penguins were still interested in padding their lead. The Penguins maintained possession in the Stars zone and after Crosby made another beautiful play, Patrick Hornqvist found the rebound and tapped it in. And again, the Stars could not seem to get anything going. The Penguins decided that they needed one more insurance goal however, and got just that. Tanner Pearson slapped the puck from the left dot as Khudobin was way out of his net and was able to find a hole to make it five love. This prompted a goalie change for the Stars as Landon Bow made his NHL debut replacing Anton Khudobin.

Third Period:
The Stars were able to find some offense, but that was mainly because the Penguins were content with backing off and burning the clock. Fortunately for Dallas, they did not get shut out as Mattias Janmark redirected a shot from Roope Hintz. The Stars got a few more chances but the Penguins Casey DeSmith was brilliant in net as he stymied the Stars extremely small chance of a comeback. The Stars Landon Bow saw a few high-quality chances but was able to deny the Penguins from running up the score.

Recap:
Tonight showed that Dallas is finally starting to miss their injured players. Four rookies on defense, Ben Bishop is gone, John Klingberg still out, and Devin Shore gone have hindered the Stars. Not saying that the rookies haven’t played well, but when you go up against the best player in the world and another top-five player you tend to look foolish. Sidney Crosby made our rookies look like, well rookies basically. But this was a great learning process for the young defenseman, and they will look to rebound against the surging Matt Duchene and Thomas Chabot.

What’s Next:
The Stars will enjoy some Turkey and then hope to get back on track when the Ottawa Senators come to Dallas on Friday.