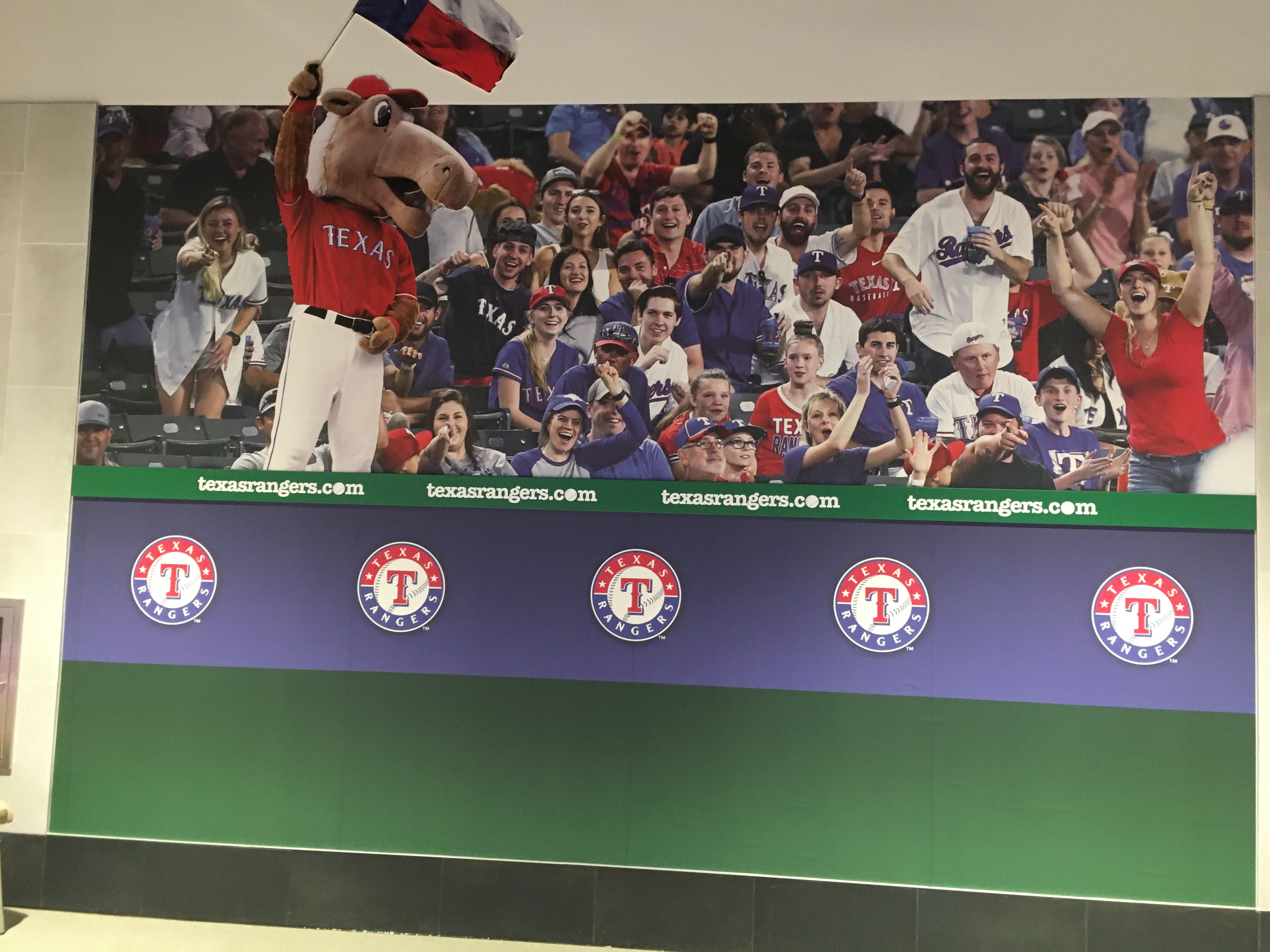 Globe Life Field nears its full completion and looks ready to go for the Chris Stapleton concert on Saturday. However, Wednesday became another milestone for Globe Life Field. It was the first annual food test that will take place yearly at Globe Life Park. The Rangers and Delaware North Sports Service introduced five new highlights for concessions, including an entry by a fan. Also, there are concessions of Pluckers’ wings, Golden Chick, and Bahama Bucks. I tried the new foods, and all were good, but some stood out more than others.

Guys I’m doing it, I’m trying it. Vegan Mac and Cheese and the Rattler. With some strawberry cheesecake floored ice from Bahama Bucks. pic.twitter.com/dlD2H4Vvp5

You like Sausage? Great! Well, how about a Rattlesnake sausage? Yes, the Rattler consists of rattlesnake sausage on a hoagie roll with some onions and venom sauce. The sandwich comes with Lay’s potato chips and is available at the Abner Doubledogs stand in section 121 on the main concourse.

Analysis: For someone who doesn’t like spice, I was weary on this one. However, it’s tangier than spicy, which is a good thing.
Score: (7 out of 10) 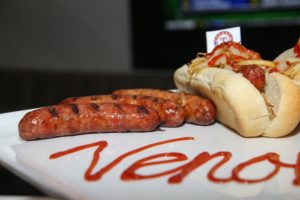 The Stack is three layers of nachos that equal to six inches high! The ingredients are the typical ingredients for nachos. You have your chips, cheese, tomatoes, jalapenos, sour cream, and chili. However, instead of ground beef, the meat is pulled pork, which can compare to brisket nachos. You can get “The Stack!” at the State Fair Midway, Turnpike Tex Mex Stand.
.
Analysis: Due to the cheese and sour cream (the lactose intolerant bug), I wasn’t able to enjoy it as much, but it wasn’t distasteful without it. Just don’t expect me to carry one to the press box.
Score: (6 out of 10) 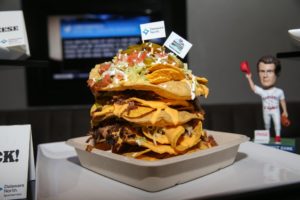 The Grit dog is a chili cheese dog with a kick. It’s a Nolan Ryan Beef hot dog with creamy jalapeno cheese grits and chili. Also, you can add nacho cheese and Pico De Gallo to add more fire to your mouth than Joey Gallo’s bat. The Grit Dog is available at the Abner Doubledogs located at section 3, 121, 202, and 225.

Analysis: Again, it’s not quite my style because of the creamy jalapeno, but the hot dog itself was delicious. It was the last thing I ate, which could be the reason why it didn’t hold up as well as the others, but I know a lot of folks will enjoy it, and it’s a miracle cure to help those sinuses.
Score (5 out of 10) 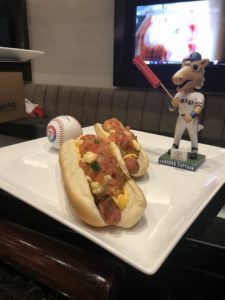 This dish became the winner of the fan vote, created by a Rangers fan, and it became probably the most popular item throughout the day. It’s shredded brisket rolled up in an eggroll and deep-fried. Plus, the eggrolls come with fried rice, and you can dip it in Sweet Baby Ray’s BBQ sauce. The brisket eggrolls are available at the State Fare Midway at section 29

Analysis: This was one of my favorite dishes. I didn’t get the chance to dip it in the BBQ sauce, but man did I miss out. The brisket was very tender, but stayed within the eggroll, not creating a mess. The rice was good. I’m excited to hear other fans’ reactions to this dish.
Score (8 out of 10) 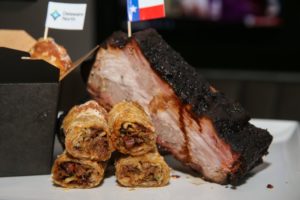 Analysis: Guys, I’m going to be honest; this was my favorite dish. For someone who is lactose intolerant, the fact the Rangers have options, including cheese without the lactose, is terrific. The only thing missing is some bacon-bits which yea defeats the purpose of it being a vegan dish, but I liked it a lot.
Score (9 out of 10) 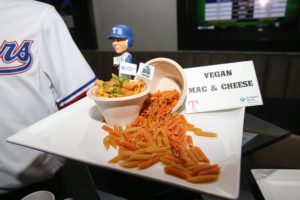 Fans will get the opportunity to try these foods in the next few weeks when the Rangers hold their first exhibition game on March 23rd against the Cardinals. Globe Life Field is nearly done and the food is good to go. That means it’s baseball time in Texas!

Announced on Wednesday, the Rangers will not open the season in Seattle for opening day. The Mariners announced that the Rangers/Mariners opening day series starting on March 26th is going to play at a different location rather than T-Mobile Park in Seattle. There’s no announcement exactly where the series will play. MLB executives are exploring Major League Ballpark options, but the consensus between the media is that the better solution is playing at Peoria Sports Complex in Peoria, Arizona (where Seattle plays their Spring Training games). The Mariners would need approval from the Arizona Diamondbacks, who dominate the region, and the San Diego Padres, who date the facility with Seattle. From multiple sources, both teams would be corporative in allowing the Mariners/Rangers to play those four games in Peoria.

The other solution would be Chase Field in Arizona, but the Diamondbacks play at home for the opening series against the Atlanta Braves. As of right now, there’s no word on where Seattle and Texas will open the 2020 season.

Rangers/Mariners have relocated their opening day series in a few weeks. Location TBD. These two will still play on those days.