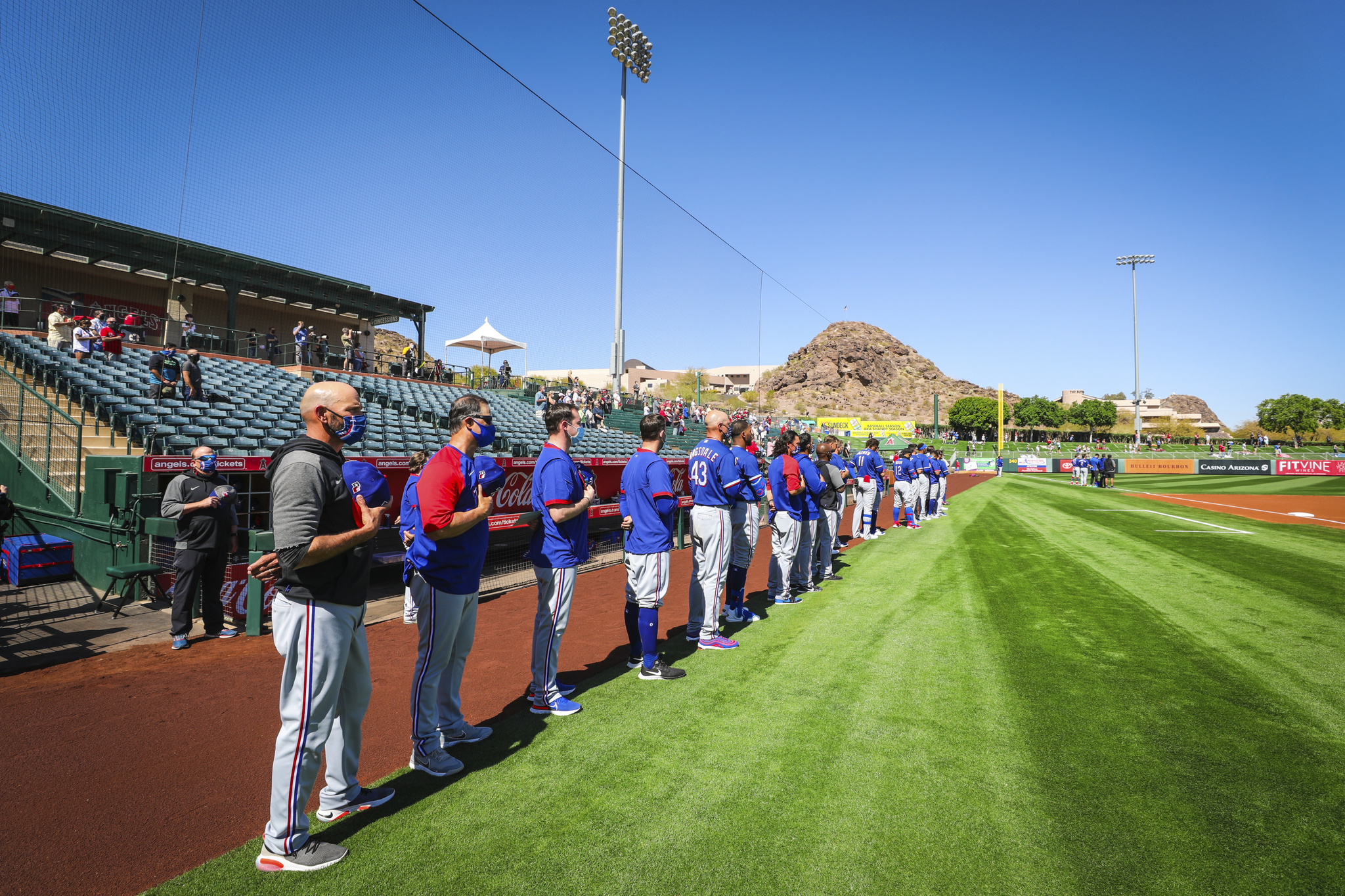 The Rangers can’t win on the road. Among MLB’s worst teams, they have company.

The Rangers can’t win on the road. Among MLB’s worst teams, they have company.

I’m not talking about the fact that the last-place Texas Rangers beat the defending champion Los Angeles Dodgers in one of the biggest upsets of the 2021 MLB season. Nor the fact that the Rangers flipped the script on a Dodgers, who beat them 12-1 Friday night by the same score. Not even the fact that they did so against defending National League Cy Young winner Trevor Bauer.

I’m talking about the fact that the Texas Rangers actually won a road game.

The rout ended a franchise-record 16 game losing streak away from home. It was the team’s first road win since May 6 at Minnesota.

“We’ve got a new streak,” Texas manager Chris Woodward told the Associated Press after the game. “We’re hoping to build off that one.”

The streak stretched over six ballparks and matched the longest road losing streak in franchise history, set by the expansion Washington Senators in 1961. According to the AP, it was also the AL’s longest road slide since 2010- and the longest within a single season since 1970.

Strangely, road losing streaks have been endemic among the league’s worst teams. At the same time of Texas’ streak, the Baltimore Orioles have an active road losing streak going at 15 games. The last time the Orioles won away from Camden Yards? John Means’ no-hitter at Seattle on May 5.

Texas and Baltimore have separated themselves as the two worst teams in the American League, and likely will be on a race for the number 1 overall pick in 2022. As of June 14, the Rangers are two games clear of Baltimore for 14th place with a 25-41 record.

Things are bad for both groups. But they might be even worse for one National League team.

The Arizona Diamondbacks are collapsing in 2021- currently taking the cake with a 19-game road losing streak- and losers of 10 straight, period (26 out of 29, overall). Arizona hasn’t won a game away from home since Apr. 25 in a 7-0 shutout of the Braves.

Like the Orioles, the Diamondbacks were bolstered by a no-hitter that day with Madison Bumgarner seven n0-hit innings in a shortened doubleheader. It doesn’t count in the record books- but who could blame Arizona fans for clinging to it as a ray of sunshine in a dark year?

So, what gives? Why are these three teams struggling more than ever on the road at almost the exact same time?

To start, all three rank in the bottom half of the league offensively as of June 14. Arizona is a respectable 16th in MLB with 278 runs scored- but Texas and Baltimore rank 21st and 23rd, respectively. Pitching is better than ever in MLB- higher velocity and nearly untouchable “stuff” – foreign substances or not- have given defenses and pitchers a better chance than ever in 2021. Not to mention the anti “juiced” baseball the league implemented this offseason to reduce the skyrocketing rates of home runs.

All three clubs weren’t supposed to be good offensively anyway- and when these external circumstances are mixed in, it’s a recipe for disaster.

Another outside factor has been the difficulty to win amid COVID-19 protocols. Though case rates are bottoming out in the United States and vaccinations continue to roll in at a steady rate- allowing MLB to relax its health and safety protocols- travel restrictions still likely take a toll- especially at the beginning of the season.

All three teams are also losing close games due to shaky bullpens. Though Texas has boasted on of the American League’s better units buoyed by possible All-Star Ian Kennedy, all three teams are winning at a lesser rate than their Pythagorean win-loss (an analytic that predicts a team’s record based off its run differential) mark would predict.

Texas got the monkey of its back Saturday and goes right back to work in Houston for a two-game set this week. But for the Orioles and Dbacks- when might their streaks end?

It could be a while longer for Arizona. The Diamondbacks start with a four-game set against upstart San Francisco Monday. It then plays series at San Diego and St. Louis- both playoff contenders- to finish June. The next series they have with a currently group below .500 is a two-game set at the Rangers starting July 27.

For Baltimore? It starts a four-game set at Cleveland followed by series at Toronto and Houston to end the month. Cleveland and Houston are both above .500- but the Blue Jays, who will still be playing at Sahlen Field in Buffalo New York at least through the end of the month- could be vulnerable at their adopted home.

No doubt, the road woes for the Rangers are making an already long season feel even longer. But as they say- misery loves company- and at least it has that in the O’s and Snakes.