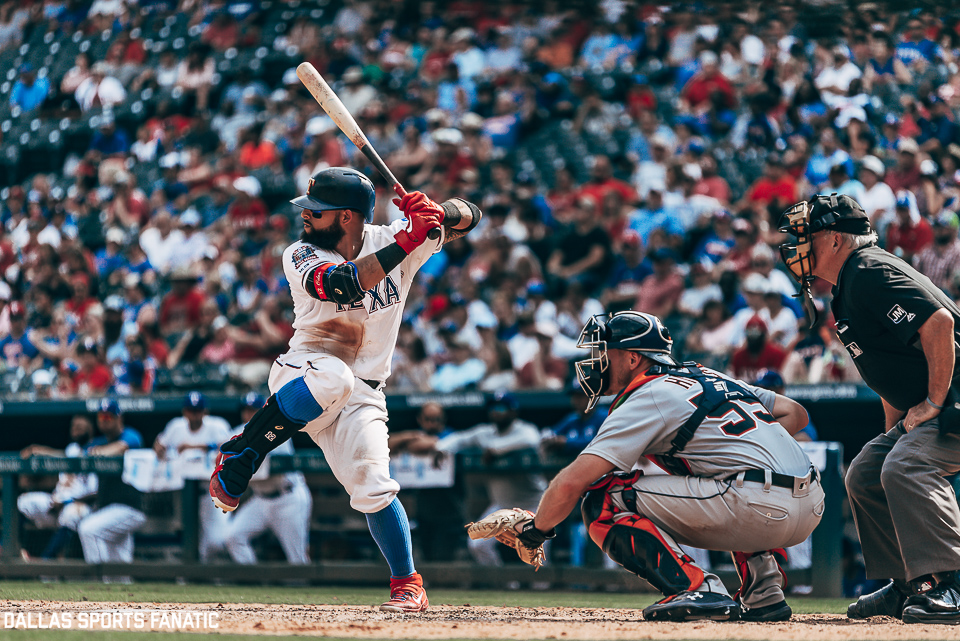 I’ll admit that for the longest time I was a Rougned Odor apologist. After his second half surge in 2018 I believed that he had finally found what it took to be a star player for the Texas Rangers. He then struggled again during the first half of this season. What was wrong again? Was it mechanics? Was it a mental thing?

He would then have spurts of almost two weeks where it looked like he finally figured things out but would then slump again. And slump hard. I was done. I could no longer make excuses. He parlayed a good 2016 season into a generous multi-year deal that included two horses for his ranch. He hasn’t been the same since. He’s either really good or he’s really bad.

This season he is currently hitting (not including Monday’s game against the Angels) .204 with a paltry .279 OBP and a slugging percentage of .426. Yes, he can hit for power as he has 21 home runs, but his BABIP of .251 shows that the contact isn’t there. He’s also struck out 137 times while walking just 38. I keep hearing other apologists talk about how he’s making good adjustments. I haven’t seen them. My chiropractor makes better adjustments.

His defense has also been below average this season. He’s committed 11 errors and has a DRS (defensive runs saved) of -3. That means he is allowing three more runs versus the average second baseman.

He has two options remaining but because he has accrued five years of service time he can reject any option and choose to become a free agent. Though he needs to realize that he would not get nowhere near the deal that he has here if he would opt to do so.

The Rangers have a few options. One, I would like to see Nick Solak get a September call-up. The Rangers acquired Solak at the trade deadline from the Rays. He was hitting .266 for the Durham Bulls and is currently hitting .357 in the Rangers farm system with just one error all season. Two, Texas could look at the free agent market this season which is one of the richest in a few years as far as talented veterans go. Three, they could look deeper into the farm system or make a trade during the winter.

Build it (the team) and they (the fans) will come.

Until next team, I’ll see you in the cheap seats!