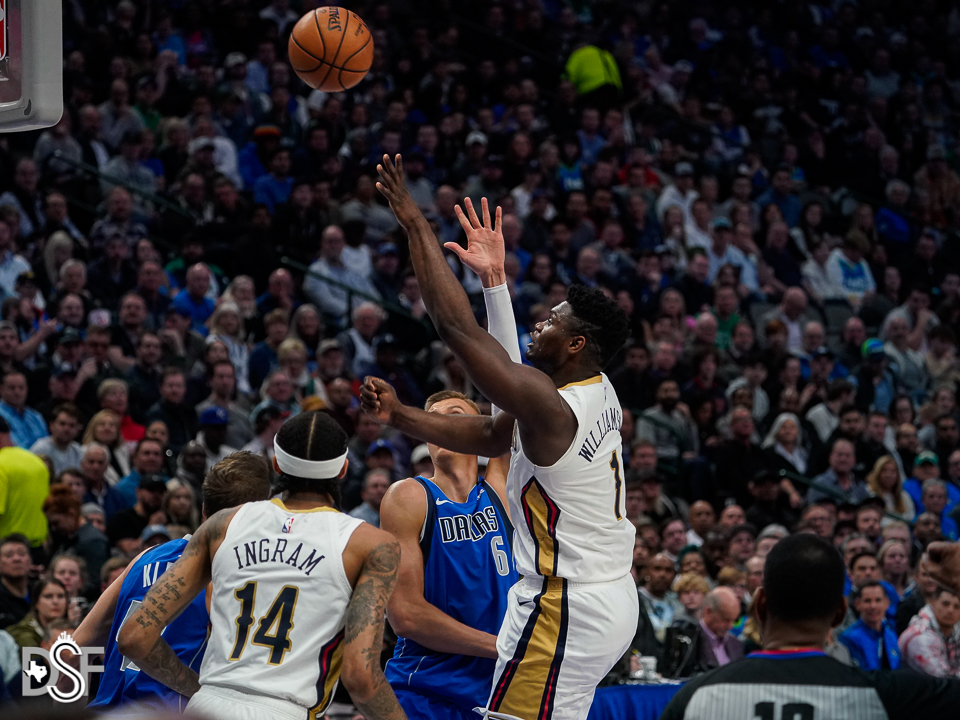 The return of Porzingis? Unanswered COVID questions? Mavs/Pelicans bring a ton to the table on Monday

The return of Porzingis? Unanswered COVID questions? Mavs/Pelicans bring a ton to the table on Monday

It’s been one strange weekend for the Mavericks as they dealt with various blows of COVID news and then beat the Orlando Magic on Saturday night. There’s no time to catch their breath as the New Orleans Pelicans (4-5) come to town on Monday night.

Who’s going to play?
Players who are FOR SURE out for the Mavs: Josh Richardson, Dorian Finney-Smith and Jalen Brunson. This trio is still in Denver after a positive COVID test and contact tracing forced the trio to not board the team plane when the Mavericks flew back to Dallas on Friday following their OT win over the Nuggets on Thursday night.

News broke early on Sunday that Kleber had tested positive for the virus and that he’d need to enter the league’s 10-14 day quarantine period. Then on the Mavs’ injury report on Sunday night, he was suddenly listed as questionable, so this opens up the possibility that there is uncertainty about his positive test result. Brad Townsend wrote Sunday night that Kleber’s upcoming test result on Monday morning could determine whether or not he’s available to play against the Pelicans. Quite the odd situation. It would probably strike a lot of people the wrong way if he were out on the court playing the day after he had a positive test, even if it was a false positive.

Porzingis appears to be more likely than ever to make his season debut on Monday after he was listed as one of the “probable starters” for Dallas alongside Luka Doncic, Tim Hardaway Jr., Willie Cauley-Stein and rookie Josh Green. KP has of course been out since the Mavericks playoff series with the Clippers last August where he injured the meniscus in his right knee and had offseason surgery to repair the tear.

What about the Pelicans?
New Orleans will enter Monday night’s game with a 4-5 record and they are in the midst of a three-game losing streak following a 4-2 start to the season. They’ve appeared to be about as healthy as a team could be so far this season under new coach Stan Van Gundy; all of their players averaging over 20 minutes per game have appeared in each of their nine games so far.

All the focus will understandably go to Zion Williamson, who deserves credit for playing all games so far while putting up impressive stats at close to 22 points a night along with 8 rebounds and shooting 56 % from the field. New Orleans has a very talented roster around Williamson and his All-Star teammate Brandon Ingram, but it still seems like they have a few moves to make with a mix of highly paid veterans like Eric Bledsoe, Steven Adams and J.J. Redick playing major roles on the team that almost certainly isn’t ready for championship contention.

As a team, they do what you’d expect on defense and on the glass based on their personnel. They’re a top ten team in defensive rating and the fifth best rebounding team in the league according to Basketball Reference. The Mavericks could certainly use Maxi Kleber and Kristaps Porzingis as they try to at least hang with the Pelicans in the rebounding department.

Fortunately for Dallas, New Orleans currently ranks dead last in the NBA in three point shooting percentage as a team at 32%. The Mavericks are currently second best at defending the three point line with opponents just shooting 32% against them through nine games.

The last time these two teams met was back on March 4th, 2019, just one week before the league shut down due to virus. It was an epic showdown as the Mavs came away with a 127-123 OT win.

Tip-off for Monday night’s game is scheduled for 7:30 and the game will be on Fox Sports Southwest.