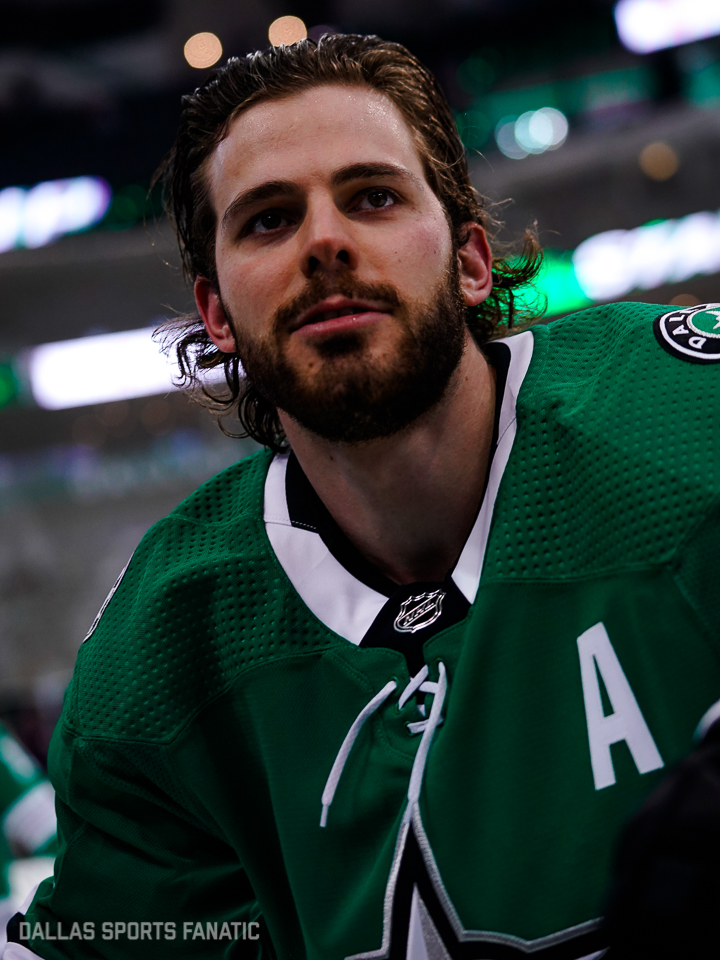 Overview:
Home ice-advantage seemed to not be the benefiting factor for the Stars. In all fairness, the Blackhawks deserve some credit. Even though they are not an amazing year, they are still a good team. In fact, any team carrying Jonathon Toews and Patrick Kane have the capability of being a threat at any moment.

First Period:
The Stars once again began the game with the same attitude and energy. Unfortunately, it didn’t work this time as the Hawks took advantage of the Stars mistakes. Shortly into the game, the Hawks’ Alex Debrincat found the puck after the faceoff and wired it over the shoulder of Bishop. The Stars amped up their pressure but ran into their usual problem of not being able to sustain any dominating zone time. In one of the few times where they were able to maintain a decent attack, Alexander Radulov took a slashing penalty and killed their momentum. To even worsen the problem, the Hawks Erik Gustafsson ripped a one-timer past Bishop to increase their lead.

Second Period:
As the second frame began, the Stars started off with the same defensive mistakes as they did in the first. The defense got caught in their zone when the Hawks stole the puck. Klingberg was unable to catch Patrick Kane and after a beautiful pass from Anisimov, Kane used his silky mitts to go backhand and tossed one under the left arm of Bishop. The Stars were able to strike back about halfway in the second after some great forechecking and speed from Gurianov. Benn was able to help him out and got the puck to Seguin waiting in the slot. Seguin then sniped the puck past Ward to put the Stars on the board.

Third Period:
Dallas came out of the third with more energy and did dominate the third. However, they were only able to strike once. It came six minutes into the third when Alexander Radulov just shot one from a bad angle and Ward covered it. But, Ward never completely covered it and Benn was able to poke it free. It then slid over to a wide-open Taylor Fedun who wristed it in to pull the Stars within one. Sadly the Stars were unable to continue that pressure and even pulling Bishop failed to benefit them. The Hawks were able to get two empty netters, from Kane and Perlini, and that capped off this divisional game.

Recap:
This was not a good game for John Klingberg. However, this does happen after being out for a month. It’s difficult to integrate your number one defenceman after the defense has played well without him. Overall, the defense was perhaps the biggest reason the Stars fell to the Hawks. The blame doesn’t just fall on Klingberg as Lindell was not his usual self. Although this game wouldn’t have been as bad if the Stars could somehow play just a smidge better in the first period. Klingberg stated that he was trying to be cute with the puck and that definitely did not help their offensive production in the first. But, that doesn’t just fall on Klingberg as the whole team just disappears in the first. Monty stated that he still has no answer as to why the Stars play so poorly to begin the game.

What’s Next:
The Stars head to Minnesota for another divisional showdown against the Wild.