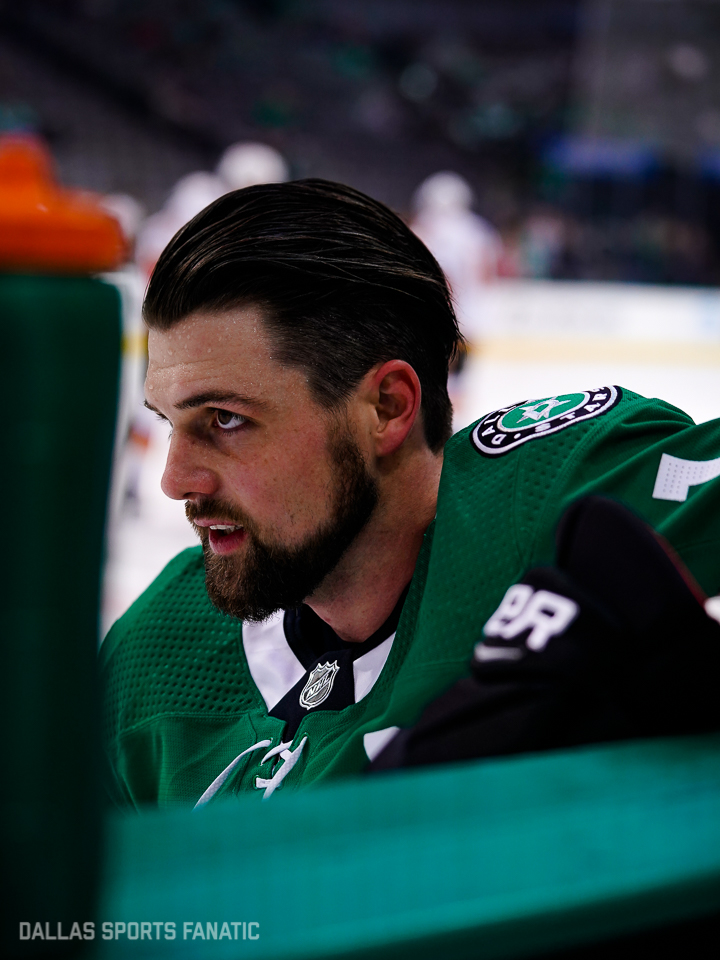 The Stars’ management have called out Benn and Seguin, but perhaps they missed another key personnel.

The Stars’ management have called out Benn and Seguin, but perhaps they missed another key personnel.

This has been an interesting week for the Dallas Stars. First, the coach calls out the entire team at practice. Then, the two franchise players for the team are then called out directly by the owner. Stars owner Tom Gaglardi revealed that he repeatedly sends, “WTF”, text messages to president Jim Lites during Stars games. Lites also mentioned that Benn and Seguin’s performance have been f***ing horse***t lately. Lites comments could have been stated in a more professional manner, but it certainly got the point across. This is probably the lowest the franchise has been for quite a while and this certainly does not make things better. Or, it might be the exact opposite.

There is no doubt that perhaps Jamie Benn and Tyler Seguin are underperforming. Benn’s (15 goals, 15 assists) for 30 points and Seguin’s (11 goals, 21 assists) for 32 points are not terrible. However, Benn has a cap hit of 9.5 million, making 13.5 million this year. Someone of Benn’s contract and caliber should be producing at a significantly higher level. Seguin, on the other hand, is still only at a cap hit of 5.75 million. But, his extension of 9.85 million will make him the highest paid Stars player next season. Once again, his 32 points are not terrible, but Seguin is an 80 point player on pace for less than 70 this season. If Benn and Seguin want these mega deals, then they must perform better. No, if and’s or buts about it. Alexander Radulov has a cap hit of 6.25 and is on pace for over 70 points and he has missed 10 games. That is the kind of production they need from Benn and Seguin.

However, Benn and Seguin are not the only people in the Stars organization that deserve some blame. The Stars are now under their third coach in the same amount of years. If these players cannot be successful under the coaches then maybe it’s not just Benn and Seguin. Perhaps the General Manager Jim Nill is at fault too. It has been pretty obvious that Nill is horrible at drafting. Nuke is a bust and Faksa is a third line checking center at best. Honka’s development is being ruined because Nill continues to bring in an old defenseman and play them instead of allowing Honka to grow. Dickinson is a great fourth, possibly third line, center, but nothing above that. Gurianov has excellent upside, but they keep moving him in and out of the lineup. Oettinger is a wonderful young netminder playing well for Boston University, but still unclear on if he will be elite or just a good starter. Tufte and Dellandrea are still too young to judge but based on their skill and development so far are looking like bottom six grinders. Which is similar to the rest of Nill’s draft picks.

Overall, there is a lot of blame to go around. Benn and Seguin must play better, but their supporting cast isn’t helping either. Teams plan to face the Stars is essentially stop the top line. It is then up to the next three lines to try and outplay the other team. Usually, they don’t but there have been some nights where they have. But mostly they get a couple of good goals and then retreat to their netminder to lock down the game. Again, the Stars have talent, but they also have quite a bit of laziness. It’s frustrating to watch but this all boils down to Nill and his inability to draft better talent. Hopefully, ownership calling out the team leaders will reach the entire team and lead to different, and better, results on the ice.