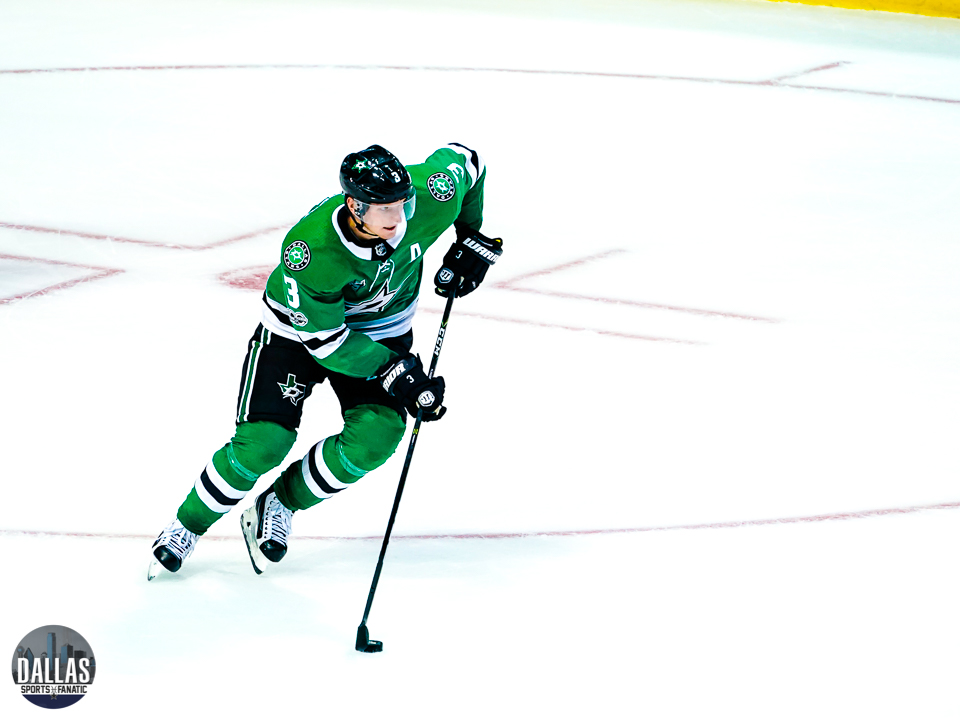 The Dallas Stars beat the Tampa Bay Lightning in game one of the Stanley Cup Finals.  They now have a 1-0 series lead.

They did it, again, while getting dramatically outshot.  By the end of the game, Tampa had a 36-20 shot advantage.  But, at the end of the day, all that matters is the result on the scoreboard and four is certainly higher than one.

Let’s run through it:

Five minutes into the first period the Stars would open it up from an unlikely source.  Joel Hanley scored his first goal with a wonderful wrist shot that found the top corner.  Stars defensemen dropping low to generate scoring chances – get used to that theme.

Next up, the Lightning showed what can happen when you just throw the puck at the net.  A little puck luck off Khudobin’s pad, off Roope Hintz’s skate and in the net would tie the game up.

That would conclude the scoring in the physical first period.  Both teams came out looking to put bodies on bodies and make their presence known.

Remember the theme?  Defenseman Jamie Oleksiak would tally the next point for the Dallas Stars.  Receiving the puck at the point, he slid down for a relatively uncontested wrist shot.  He secured his own rebound and managed to slide the puck over to his forehand and send the puck to the top of the net.  Slick moves from the Big Rig.  He also lost a tooth and sported some bloody nose bandages for most of the game.  Gotta love it.

Joel Kiviranta is now a household name in the Dallas Stars community.  The kid just can’t stop scoring goals.  With just 30 seconds left in the second, he sends his second chance past Vasilevskiy.  The Stars would go to into the second intermission up two goals.

As the clock sounded and the teams began to head to the locker room, old Blues’ rival, Patrick Maroon, sent a puck directly into the Stars bench.  He would be assessed a game misconduct penalty and remind the world that you can only count on three things: Death, Taxes and Patrick Maroon being a goon.

In the third period, the Stars turned into the defensive boa constrictor that makes them so deadly.  The Stars were outshot dramatically in the third, in fact, they only had two shots to Tampa’s 22.  In the end, it was the goaltender who mattered the most.  Anton Khudobin has been a consistent anchor for this entire Stars’ playoff run and that certainly didn’t change in game one of the finals.  He made save after save, some more dramatic than others, for the entire third period without fail.

Jason Dickinson would eventually throw in an empty-netter and the Stars would cruise to perhaps their most comfortable win of the postseason.

Ultimately, it was an incredibly strong performance from the Dallas Stars.  Obviously, winning game one sets the series down a favorable path for the guys in Victory Green but there is a long road to go.  Game two is Monday night at 7 PM.

Be sure to keep an eye of for the Dallas Stars Fanatic podcast on Spotify and Youtube where Garrett Jones, Connor Baird and myself have all the Stars info you need.

The Stars have a one game series lead in the Stanley Cup Finals.  Let that sink in.

On this day in 2013, the @DallasStars named @jamiebenn14 captain #Hockey365 #GoStars pic.twitter.com/GBtz9vXDVf