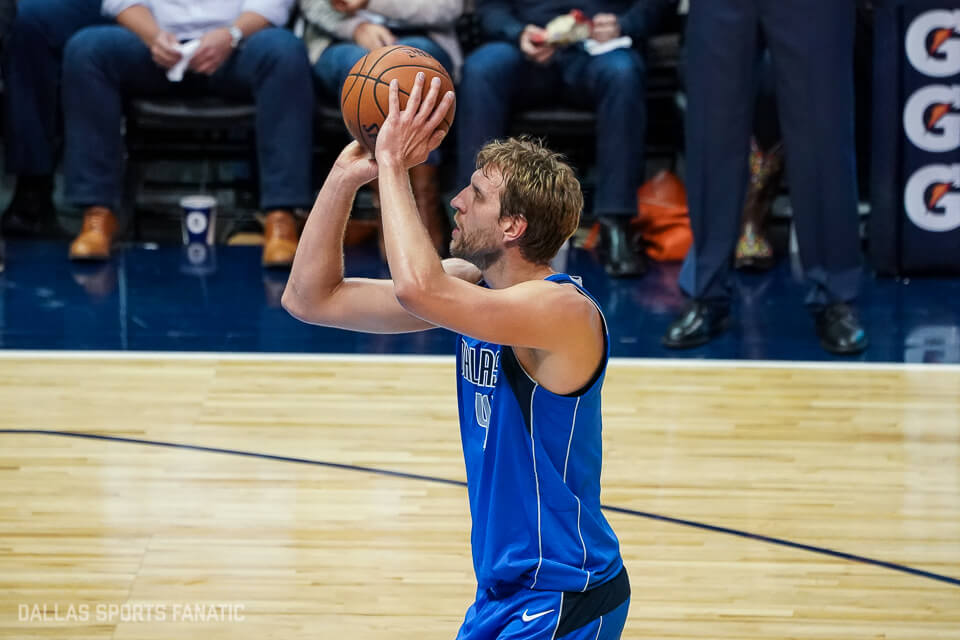 The Tale of Two Halves: Mavs Fall in Utah

The Tale of Two Halves: Mavs Fall in Utah

The Dallas Mavericks kicked off a two-game road stint Monday night with their seventh loss in eight games as they fell to the Utah Jazz 104–89. The game was a tale of two halves as the Mavs played brilliantly in the first half & had things fall apart on them in the 2nd.

Here’s a look at four takeaways from the road loss in Utah.

After a somewhat sluggish start from the starters, the Mavs got a big boost from their bench. JJ Barea led the Mavericks in the first half with 17 points on 7-9 shooting including 3 of 5 from the 3-point line. The pesky Puerto Rican was plus-14 out on the court in the first half. As a team, the Mavericks hit 9 of 14 three-point attempts for 63 percent. Barea did an excellent job of breaking down the defense — keeping the Jazz defensive attack at bay. The Mavs were ultra-efficient on the court during the first 24 minutes, scoring 53 points on 45 possessions per, Cleaning the Glass.

Unfortunately for the Mavs, the game is four quarters, not two. It took just a matter of minutes into the 3rd quarter before the Mavs lead vaporized. The Jazz got hot shooting thanks to their backcourt of Rodney Hood and Ricky Rubio.

After dropping 53 points in the 1st half, the Mavericks were flustered for the majority of the second half, scoring just a mere 36 points. Head coach Rick Carlisle told reporters after the game, “bottom line, we’ve got to put two halves together. We’re a 1–7 team that’s got a lot of work today.” If the Mavericks want to turn their season around, they need to play a complete 48-minute game.

Through the first seven games of the season, it appeared that “father time” 1 had finally arrived to claim Dirk. The 20-year veterans shot, looked to have abandoned him.

Fortunately for Mavs fans, Monday was a positive sight to see regarding the Big German’s shot. Nowitzki had his best showing of the season, hitting 7 of 11 shots from the field, including 4 of 5 from deep, giving him a season-high 18 points on the night. With the teams leading scorer Harrison Barnes (who now averages 16.6 points per contest) struggling from the field, just converting on 3 of 11 for 6 points on the night, Nowitzki and the bench had to keep the Mavericks afloat. The team unquestionably ran out of gas midway through the fourth quarter. Let’s hope last night’s game in Utah was first of many more efficient shooting games for Nowitzki.

Dennis Smith Jr. endured his worst game as a rookie in Utah last night. The rookie logged just 17 minutes and was unproductive all night. He ended the game hitting only one of his seven shot attempts. Smith registered more turnovers (4) than points (2) against the Jazz. Yikes.

On the defensive end, Smith had issues navigating the pick-and-roll. Opposing point guard Ricky Rubio had one of his best offensive nights in a Jazz uniform, hitting eight of fifteen shots including four of eight from three-point territory for 20 points on the evening. He may have been more impactful on the defensive side of the ball.

Rubio hounded Smith, as he was a pest recording four steals and was a factor switching onto the bigger Nowitzki in the pick-and-roll. Quin Snyder and the Jazz had a clear gameplan – concede the paint and filter the Mavericks guards into the stifle tower, Rudy Gobert. Smith rightfully kept his aggressive mentally, attacking the paint – but Gobert did not have any of the rookie’s antics, often forcing the 19-year-old into tough contested baskets around the rim.

Growing pains are a part of every rookie’s journey within the NBA — Dennis Smith is no different. He needs to learn from the mistakes he made last night and try to correct them for Wednesday’s matchup versus the Clippers in Los Angeles.

Yeah, safe to say the Mavericks are not winning many road games if they turn the ball over 20 plus times.

The Mavericks wrap up their quick two-game road trip in Los Angeles versus the Clippers tomorrow night at 9:30 PM CT on ESPN.