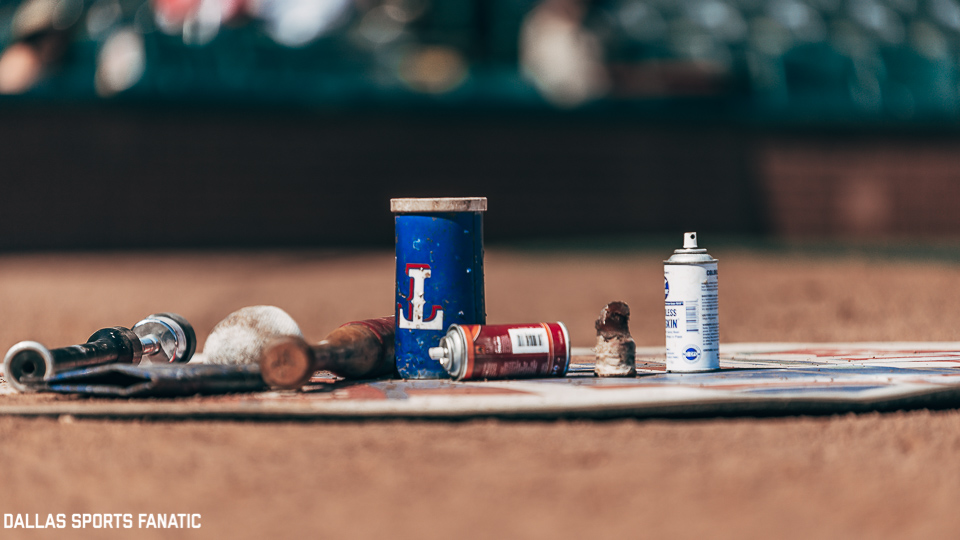 Maybe it’s the lack of actual baseball. Maybe it’s the fact that I quit smoking the day the Covid-19 shelter-in-place began and I’m having weird dreams. All I know is that I have watched countless baseball videos on YouTube and have read several articles on the greatest game ever. It has caused me to look deeper into the game. I’ve become a sort of Agent Mulder, so to say. At first I thought that the Texas Rangers and Baltimore Orioles were just as typical as the rest of the Major League clubs. But then I dug deeper. I noticed patterns. I couldn’t get them out of my head. I came close to tweeting Nicolas Cage to see if he could help me steal a copy of baseball’s declaration of independence. It turns out there is no such thing.

But what could explain my findings? Was it just plain mysterious? Was it science? Or maybe it was simply… 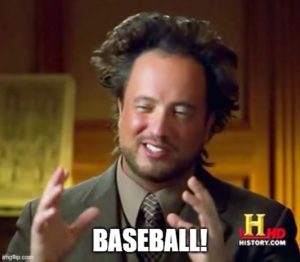 So what evidence do I exactly have that suggests these teams are intertwined somehow? Allow me to break it down for you.

In 1992 the Baltimore Orioles ushered in the era of retro ballparks with the opening of Oriole Park at Camden Yards. The Texas Rangers followed suit in 1994 with The Ballpark in Arlington. This is probably just pure coincidence.

In 1995 the Orioles fired Johnny Oates as their manager and he was quickly hired by the Rangers. He won AL Manager of the Year in 1996 after leading Texas to their first division title and playoff birth in franchise history. The team would repeat that feat in 1998 and ’99.

On April 19th, 1996,  Johnny Oates exacted revenge on the Orioles in a huge way. The Rangers were up 10-7 in the bottom of the eighth when their bats exploded for 16 runs in one inning. It was a Rangers team record and one shy of tying the Red Sox for the AL mark. But wait, there was to be more!

Johnny Oates was forced to retire in 2001 after being diagnosed with a brain tumor. In 2002 the Rangers hired Buck Showalter. Showalter had been a baseball analyst for ESPN for a few years but was known for being fired by the Yankees and Diamondbacks, both of whom had won the World Series the year after he was let go. Well that “bad” luck didn’t happen in Texas. He was fired in 2006, went back to ESPN, and was hired by the Orioles in 2010.

In 2007 the Texas Rangers hired first-time manager Ron Washington to replace Showalter. He would eventually go on to take the franchise to their first two World Series appearances. This game, though, was his first big mark in Texas. So many records were tied or broken including the mark for largest margin of victory in a game in the modern era. And just where was Ron Washington twenty years earlier in 1987? He was a player for the…Baltimore Orioles. (cue the Twilight Zone theme song)

In 2010 Buck Showalter was hired by the Orioles as their new manager and a trend began over the next decade as a number of Texas Rangers players were either traded to Baltimore or signed as free agents (not all came straight from Texas). Here’s just a sample of the players: Julio Borbon, Endy Chavez, Nelson Cruz, Chris Davis, Scott Feldman, Craig Gentry, Vladimir Guerrero, Tommy Hunter, Darren O’ Day, Pedro Strop and Taylor Teagarden.

So there is all the evidence you need. You can create your own theory or just chalk it up to simply being baseball. But one thing is almost guaranteed. With the way that the 2020 season is heading I can almost assure you that if it gets off there will be some sort of weirdness between the Rangers and Orioles.

Until next time, I’ll see you from my mom’s basement!