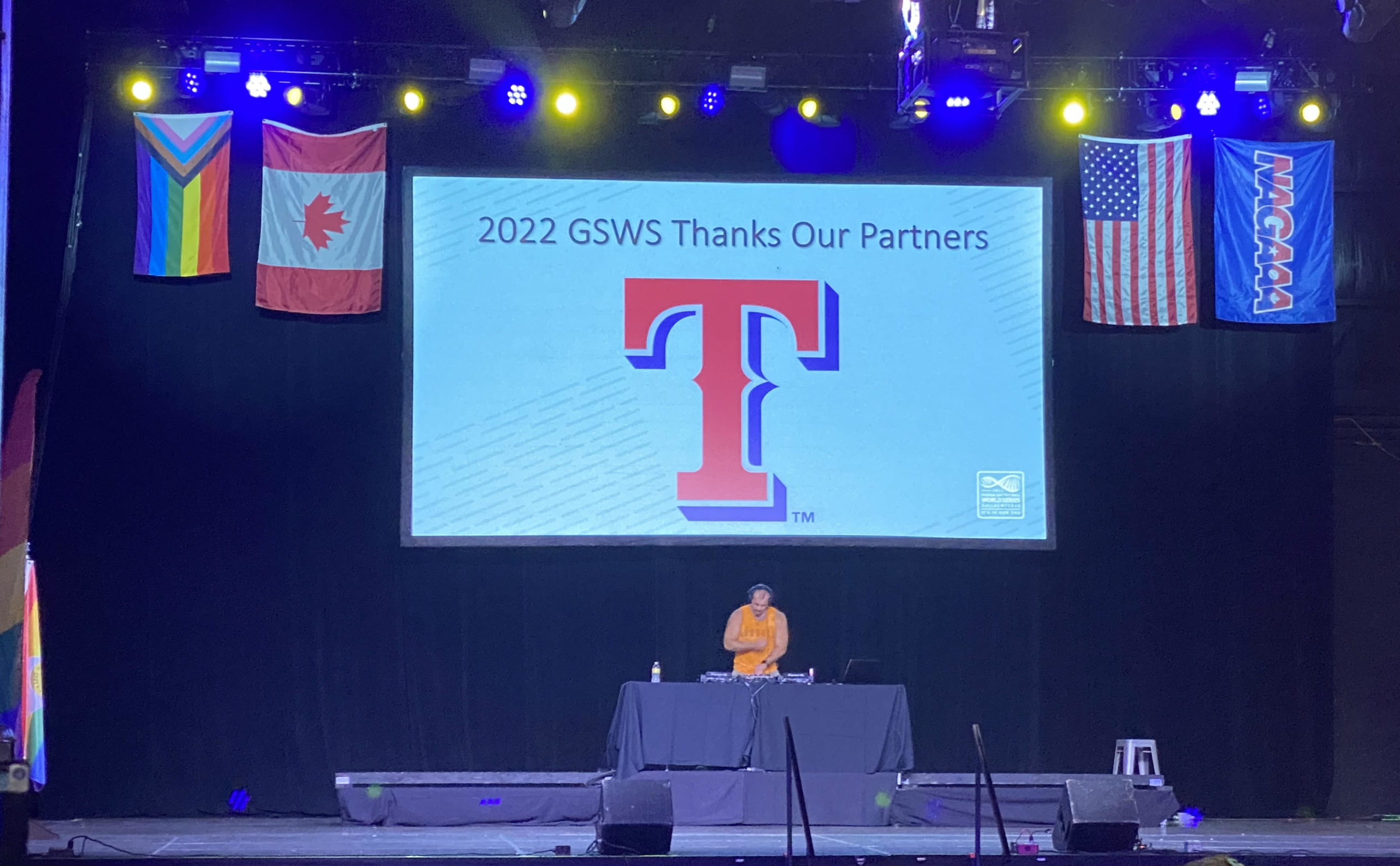 No, Tuesday was not a Pride night at Globe Life Field, but it was darn near the closest thing the Rangers had to one. An expected 925 attendees who are participating in the 2022 Gay Softball World Series (GSWS) sat down at watched the Rangers and Astros play at the palace during GSWS night at the ballpark. They sported their Gay Softball World Series jerseys while soaking in the Rangers game against Houston. Texas hasn’t been the most public regarding the LGBTQ+ community. They remain the lone team with no Pride night or ballpark hosting event associated with Pride, but that doesn’t mean the Rangers are empty when it comes to being a sponsor. The Rangers are listed as a platinum corporate sponsor of the Gay Softball World Series, including financial donations through the Texas Rangers Foundation and in-kind. The itemized contributions included auction items like autographed baseballs from shortstop Corey Seager, outfielder Kole Calhoun and more. “I think that’s a good thing that the team is getting involved in something like that,” Charlie Culberson told me. “Just showing support, I think that’s the biggest thing, is showing support. If that’s their way of doing it, then that’s great.” 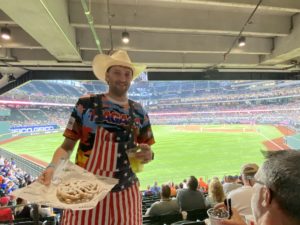 “It’s awesome that we’re associated with that [and] supporting. I think the baseball and softball communities are a big family, and we want to spread and support our games as much as possible and get as many people involved and comfortable on the field. It’s going to be awesome,” Brad Miller told me.

On Monday, Gilley’s in Dallas hosted the Opening Ceremony. I didn’t get a complete count, but I would suggest around 3,000-4,000 LGBTQ+ and allies gathered that introduced the 48 cities represented (251 teams, the most ever in 45 years).

The ceremony included an in-person appearance by Rangers Hall-of-Famer, Michael Young and the Rangers mascot, the Captain. In addition, there was a video from MLB’s Senior Vice President of Diversity and Inclusion, Billy Bean, congratulating NAGAAA’s 45th anniversary (North American Gay Amateur Athletic Alliance) and thanking the Rangers for their partnership. “[NAGAAA] had a great achievement so it’s something to be celebrated. That’s all there is to it. Nothing more or nothing less. If anyone else achieves something we celebrate it so that’s an awesome achievement and I’m glad the Rangers are recognizing and going to celebrate them,” Rangers interim manager Tony Beasley said. 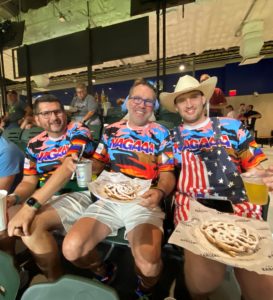 Throughout Monday evening, I spoke with volunteers and spent time with NAGAAA commissioner John Deffee. Deffee took over as commissioner in late September 2020 after COVID canceled the GSWS scheduled in Columbus (because of that, the 2021 GSWS was in Columbus and why 2022 is in Dallas). “Growing up I was a huge Texas Rangers fan, [and] still am,” John said. “To see our heroes take the field, play hard, amazing us with their talent, do their best to win games, and allow us to feel Pride with how they represent all of us is really what it is all about.” This season marks the fourth time; the Gay Softball World Series has been in Dallas (1988, 2004, and 2014). I watched his eyes light up in delight throughout the evening and the excitement with everything coming together, with the help of all the volunteers and board members. After the ceremony, bright lights sparkled among the Dallas Skyline. The only thing that was missing with Chuck Morgan saying, “It’s Softball Time in Texas!”

Was at last nights @DallasGsws’s Opening Ceremony with an appearance by Rangers Hall-of-Famer Michael Young on behalf of the team and the Texas Rangers Foundation who are one of the sponsors. @nagaaasoftball #Straightuptx #LGBTQ

If you want to check out this year’s Gay Softball World Series, admission is free to the field, as well as parking. Here are the five fields featuring games this week:

It breaks down into seven divisions with two master class and five regular divisions, but it’s all competitive. The GSWS lasts between Tuesday and Saturday, with the last day, of course, the Championship game. Finally, on Saturday, September 3rd, the week concludes on the “Cedar Spring Strip” with performances by Kerri Colby (Drag Queen from Season 14 of RuPaul’s Drag Race) and Betty Who. The event begins at 6 pm running until 10 pm on the strip.

The Texas Rangers being a sponsor is a huge step in the right direction. Although the Rangers still have a goose egg on the number of Pride nights, it’s a positive gesture in giving to the LGBTQ+ community. I don’t know if it’s a stepping stone or if it’s the extent the organization will go when it comes to Pride recognition. However, I think it’s time to forgo the nasty reputation of the Texas Rangers organization being homophobic.

“Sometimes it’s baby steps, but that is progress. Hopefully, their participation here with NAGAAA will show how positive supporting our community can be,” retired umpire Dale Scott told me. “To see the efforts now taken to be inclusive and out loud, publicly, showing support for our association and the LGBTQ+ community makes me feel happy and very proud! Thank you, Texas Rangers, for the amazing partnership!” Deffee said. Next year the Rangers have eighteen home games in June (their busiest month) and the hope is at least one of those eighteen will feature a new milestone, the first Texas Rangers Pride Night. 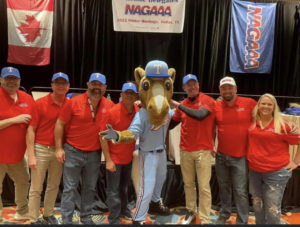 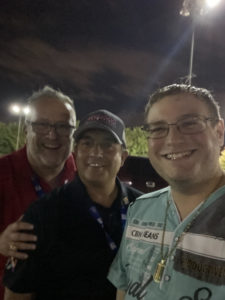