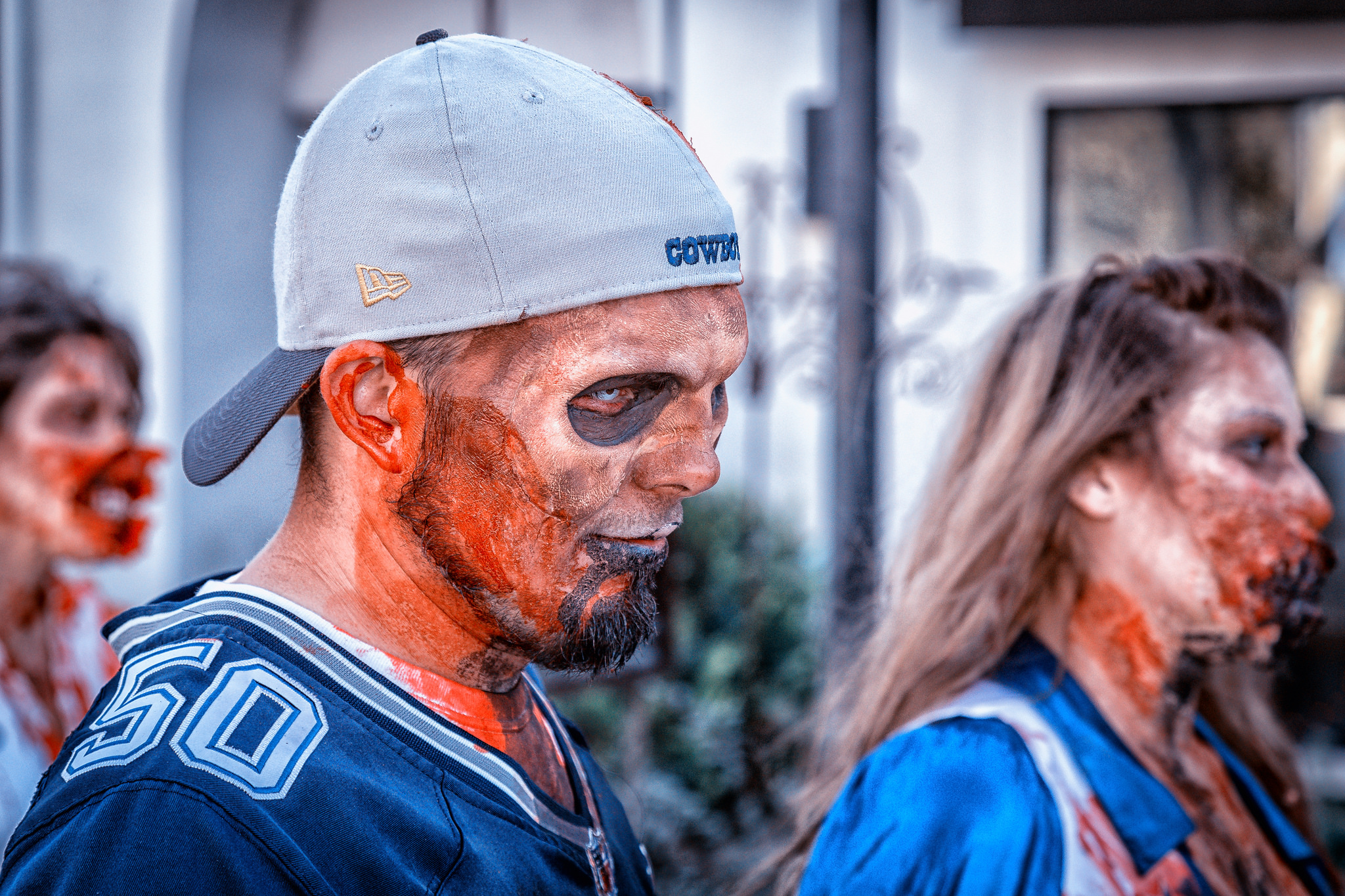 I worked in AT&T Stadium for a total of three seasons. During my time there, I worked long shifts and explored the stadium at strange hours of the night.

AT&T Stadium, aka Jerry’s World, was opened to the public in 2009. From a logical, sensical perspective, AT&T Stadium is a humongous machine that is powered through all hours of the day and night. This particular machine can be creepily quiet and dark depending what time you’re there, but you’ll never be alone. Whether it be janitorial staff, security or back office, someone is always inside, something is always happening. I bring up these points because of all the spooky encounters.

The following stories are a combination of firsthand experiences, old tales and pure hard facts. Light your campfire. You will never look at AT&T Stadium the same.

During the construction of the then Cowboys Stadium, several workers accidentally died on the job site. One electrician immediately died after touching a high-voltage power line. The following year two more workers died when they slipped and fell from a upper portion of the stadium roof to a lower section. Then in 2013, a billboard worker fell to his death from a catwalk trapdoor over Lot 14.

But before the stadium had even begun to be built, the property was being occupied by homes, apartments and motels. People drifted in and out of these buildings either by travel, migration or death. Not to mention the people who were essentially forced out of their houses to have them demolished to create parking lots. Who’s to say there aren’t souls still lingering the land they once roamed?

Jerry Jones honored the iconic Cowboys head coach Tom Landry by naming a room in the stadium after him — The Landry Room. Other people will agree with me on this, but for some inexplicable reason, the area directly behind the Landry Room is much colder than its surrounding areas. The vents that are nearest to this room are seemingly the equal distance to the other vents so why is the Landry Room so much colder than the rest? Maybe it’s the lurking spirit of Coach Landry.

It’s also been said that the Jerry Jones suite is haunted. Aside from people claiming to have heard things, the lights allegedly go off and on randomly, which is pretty insane considering that this is the only part of the stadium where this happens. If you’ve heard the old tale about Jerry making a Super Bowl deal with the devil back in the 90s you are allowed to internally freak out about this, shall we call it … a coincidence?

Shadows and the footsteps

One of my dear friends, Ben (name changed for confidentiality,) has had many strange experiences while doing nightly rounds at the stadium. Ben works as a security guard on Jerry’s personal team and is heavily depended on to be strong and brave at all times, so when he tells me a creepy story I definitely don’t take it lightly. Ben says he always hears things and sees shadows without anyone being near. Sometimes he hears faint voices and other times he has heard pacing footsteps growing louder as they head towards him before suddenly stopping. The creepiest area, he claims, is The Owners Club. He hasn’t necessarily experienced something strange in the club, but the chills he gets when the lights are off are enough to give Big Ben the creeps.

Some of the restrooms inside the stadium are built with the same general design. There are two entry/ exit ways to enter to restrooms and the area forms a sort of horseshoe shape, meaning if you are looking into the mirrors you have an indirect view of both exits.

One late night after a very long shift, I stopped to use the restroom before heading out of the stadium. When I walked in I noticed one of the stalls was occupied. I went about my business and when I came back out the person was still in the same stall. I could hear their movements. I then washed my hands and continued to fix my pony tail, which in total took no more than five minutes, but then I realized I didn’t hear anyone inside the stall anymore. As nosy as I am I ducked my head to check for feet but nobody was there. Like I mentioned, I had views of both exits the entire time while facing the mirror and I would’ve definitely heard a person coming out of the stall. I calmly gathered my things and headed straight home!

The spookiest occurrence to take place at the stadium happened on a Monday night during a game. According to several stadium kitchen staff, there was a huge disturbance in the kitchen that night and it was apparently spooky enough to send staff running for the doors, some even quit right on the spot. It was reported that dishes had elevated and dropped to the floor all at once causing them to shatter everywhere! Pranking had been completely ruled out and there was simply no logical explanation for what they witnessed that night. The staff is convinced that a paranormal event had taken place in the home of America’s Team. To this day, the Monday night kitchen incident remains the spookiest, most credible story at AT&T Stadium.

As a common fan, chances are you’ll never truly experience a spooky encounter like the ones mentioned, but one can hope!