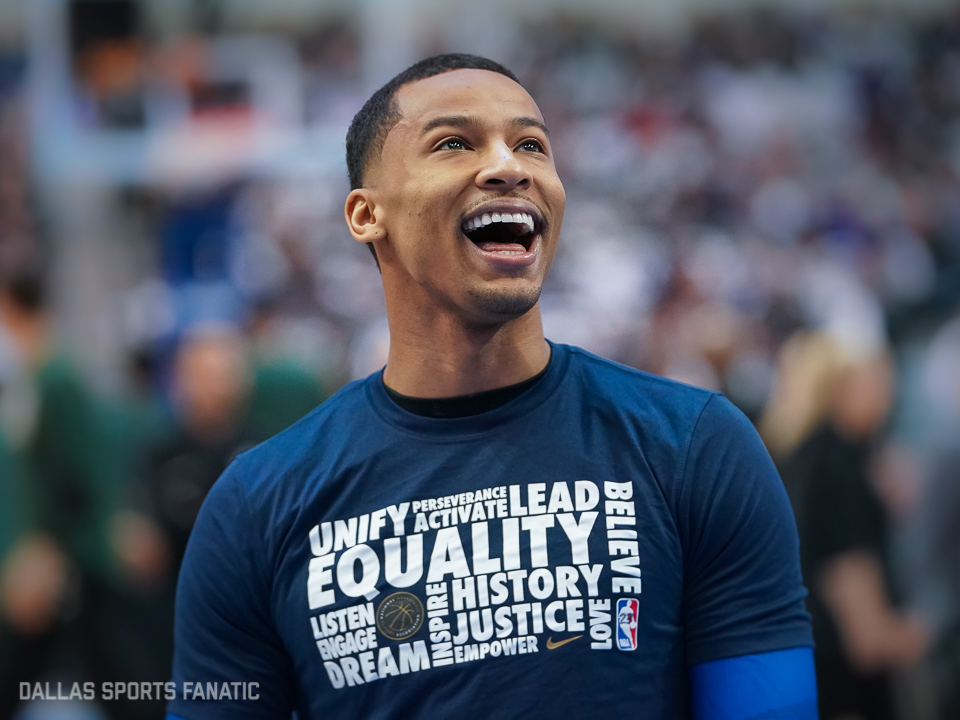 By taking down the Clippers in game two of their first round series last night, the Mavericks picked up their first playoff win since April 18th, 2016. While Luka Doncic led the team with 28 points, he was limited to just 28 minutes of action due to foul trouble throughout the second half. Somehow, the rest of the Mavericks were able to come together and make up for the absence of their superstar. While it may have been a surprise to us as fans, the team knows what they’re capable of.

“The guys off the bench did a tremendous job,” Rick Carlisle said postgame. “Trey Burke was great, Seth Curry was great. Boban [Marjanović] gave us great minutes tonight. It’s a group that’s had some time together during the year, during some stretches, particularly when Luka was out. They know how to play together.”

Veteran guard Trey Burke led the bench mob with 16 points in just 18 minutes, with nine of them coming during a key second half stretch where Dallas was able to extend its lead without Doncic on the floor.

Trey Burke gets to the bucket with the handle!

The @dallasmavs close the 3rd on an 13-2 run on @NBAonTNT. #NBAPlayoffs pic.twitter.com/gTJiepjINb

Burke’s efforts are exactly what he expects of himself and what the Mavericks thought he was capable when they signed him at the end of June.

“Coach Carlisle and my teammates that I’ve been here with last year—they just told me to be myself when I got here,” Burke said on Wednesday night. “Not to try to be anybody else out there but Trey Burke. And that’s a playmaker.”

Burke continued by praising the rest of his team for the effort on both ends of the court throughout the night.

“We knew what we had to do on both ends of the court coming into the game and everybody came in with a level of focus and the level of being locked in that we needed from everybody—from one through 15. We’re going to need that.”

While only 10 (not 15) Mavericks saw the floor on Wednesday night, it really took all of them to get the win in the bag. Six of the ten scored in double figures, including big man Boban Marjanovic. The fan-favorite had quite a good time with the TNT crew after the game, but he knew to keep the focus on his teammates as well.

“It is a team sport. It is the playoffs right now and everybody has to give their best effort… it is not about just one player, it is about the whole team. Everybody did a great job, I must be honest, I am so proud of my teammates.”

While it was just one win in a seven game series, the Mavericks doing this in a truly TEAM effort is going to prove to be absolutely vital for their overall mentality going forward. They confirmed to themselves and everyone else that they don’t need Luka Doncic or Kristaps Porzingis to do everything for them to win a game. They can all bring something to the table. Rick Carlisle has been around the block, and he certainly knows they’ll have to continue bringing the overall team effort.

“This is how we’re going to have to win games. Our depth is going to be a big part of it.”