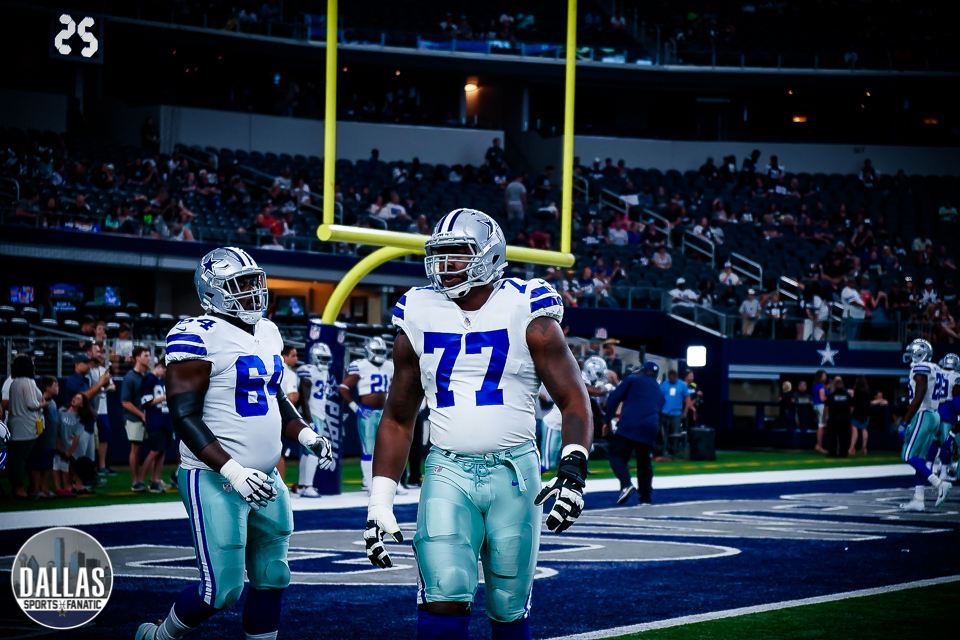 This Is What Happens When You Mispronounce Tyron Smith’s Name

This Is What Happens When You Mispronounce Tyron Smith’s Name

In 2014, I had the pleasure of meeting All-Pro left tackle Tyron Smith. I was a Dallas Cowboys Cheerleader at the time, and we had just deplaned the charter from Love Field to Point Mugu Naval Air Station to kickoff Cowboys Training Camp in Oxnard, California.

He sat to the right of me, while undrafted free agent Chris Boyd sat to my left. We were preparing to do a “sit and sign” with the servicemen and women and fans at the Naval base, signing photos, memorabilia and just greeting everyone. I thought I’d break the ice, since we’d be by each other for about an hour or so. So I said something along the lines of:

Harmless, right? Well, it would have been had I pronounced his name correctly. I said Tyrone. As in, rhymes with cone. Even today when I replay it in my head, it feels like the “-rone” was so drawn out and embarrassingly wrong. Like in slow motion. TYROOONNNNNEEEE.

“It’s Tyron,” he said. Then looked away.

I was shook. I was also an idiot. But shook, nonetheless.

I apologized profusely and that was the extent of our conversation that day. And forever, really. I made a mental note to never mispronounce his name again, of course, but also truly follow him as a player. This was the summer that he signed a new 8-year, $97.6 million dollar deal to become the highest paid offensive lineman in the NFL at that time. So it definitely wasn’t a bad time to start following his play on the field.

I didn’t know a lot about Smith (other than what was shared in the media) prior to this moment, but just from watching how he conducted himself that day with the individuals he came in contact with (including me) and comparing it to how he’s conducted himself on the field these last few seasons I was able to draw a pretty solid deduction:

Tyron Smith knows how to make a statement.

He’s a man of few words, yes. But when he speaks, his words have impact. I saw that in our conversation (R.I.P) and in the conversations he had with every person he met within that hour. His banter was genuine, but he could also be very “matter of fact”.

I think that sentiment translates to his play on the field, as well. He makes a bold statement every down, and his unparalleled consistency has made quiet the impact on the Cowboys’ offensive line since his arrival from USC in 2011. More specifically, since his transition from right tackle to left.

His freakishly athletic build paired with his mental aptitude to execute proper technique allows him to dominate in both pass protection and run blocking. Smith is a scary dude, but he makes the job look easy. Last season, he allowed just two sacks for 16 yards.

“I don’t even think he’s a person. He might be some sort of mutant or meta-human or demigod or something. Ain’t no way you look like that and play like that.” – Tampa Bay Buccaneers’ Pro Bowl defensive tackle Gerald McCoy.

Smith didn’t get the reputation of being a “demigod” from just talking the talk. He worked for it. He worked on his balance and flexibility outside of the Cowboys weight room. Perfected his footwork and technique. And even when he’s at his best, he’d still find something to work on. That work ethic alone speaks volumes, and is one of the reasons why he’s viewed as the leader of the Cowboys’ o-line.

I became a real fan of Tyron Smith after sitting by him that day. I’m not saying I know the kid, know his life story or know his deep secrets. But, I do know he’s wired to strive for excellence. And the statement of “rebuilding” that the offensive line has made thus far won’t be the one to define their season. Not under his watch.