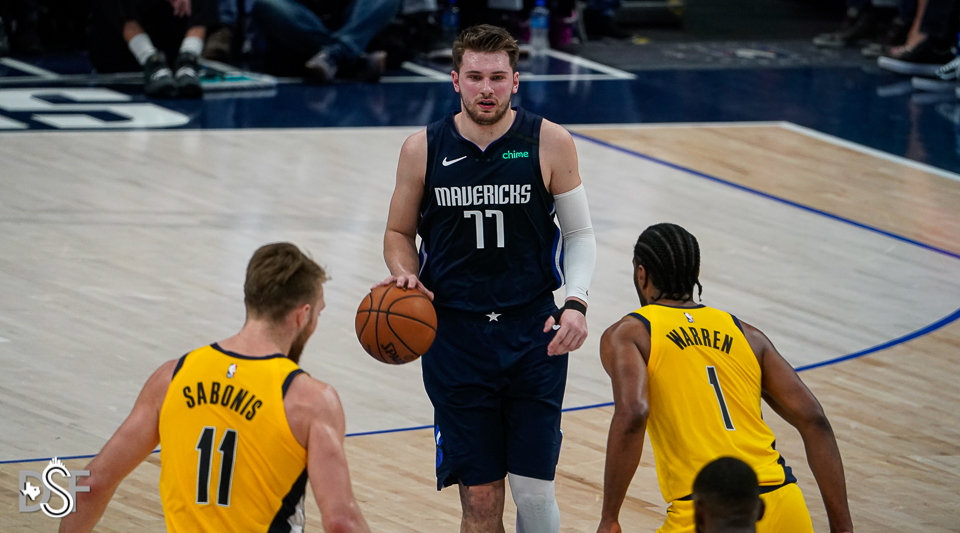 It’s now been a week since the NBA transaction wheel began spinning again after the trade moratorium ended last Monday morning. What a week it has been. From the Chris Paul trade on Monday afternoon to the Draft on Wednesday to free agency on Friday and throughout the weekend, there has certainly been a lot to digest.

Locally, the Mavericks made several moves throughout the week, but the overall slew of moves seems to have fallen short of the average Mavs fan’s expectations. We’re sorting through the offseason rubble here at DSF and answering a few questions that have come to mind over the weekend.

Knowing what all they’ve done, grade the last week of roster construction for the Mavericks
Reese Konkle (@RKonkle_Mavs): Draft: A+. Trading back into the early second is so very unlike the Mavericks. And it was the right move! Pair that with the fact they got great value and addressed big needs at each pick, and you’ve got one of the best draft nights for the Mavs in the last two decades.

Trades: A+. Josh Richardson is a starting caliber two-way wing. Sure he came off a down year by his own standards, but was still effective nonetheless. While Richardson gives the Mavs much needed defense on the perimeter, they can give him the offensive infrastructure he needs to be his best. It’s a win-win. Add in the Johnson trade, which saw two guys without a fit going elsewhere in favor of a solid frontcourt piece and you’ve done well. The trade scene is a strong area for the Mavs.

Free agency: C-. What has been a consistent let down for the organization is free agent pursuits. While they didn’t have a ton of money to throw around, they did have a full mid-level exception to work with. And while Burke coming back is good and I like Iwundu, it’s hard not to feel like they could’ve gotten more out of this resource.

Dylan Duell (@DylanDuell): They certainly deserve at least an B+ for the draft. I think it’s premature to give it an A+ when it’s certainly possible that neither Josh Green or Tyrell Terry see significant minutes in their rookie year that coincides with the Mavericks seriously aspiring to contend for a championship. I think Terry has the best chance to have consistently play around 15-20 minutes a night because of his pure ability to shoot the ball and with Dallas trading away Seth Curry, there’s certainly a need for that in their rotation.

Trades are also a solid B because I think that both Richardson and Johnson are overall improvements over Curry, Delon Wright and Justin Jackson. Ultimately, Dallas’ rotation is better even though they added two after losing three.

I’d agree with Reese on a C for free agency. I didn’t truthfully expect them to go out and add one of the free agents expected to command close to $20 million annually, but I certainly did think they’d at least be able to add someone like Serge Ibaka if they really wanted. Ultimately their mid-level money wasn’t as coveted as the Lakers or Clippers money was. That stings a little bit and just using that mid-level money to just re-sign their own guys doesn’t really ease the pain.

Michael Mulford (@TheMulf): Overall, I’d give them a B+. The draft was a home run and you could argue they had the best night of any organization on draft night. Josh Green is exactly what the Mavericks needed in a 3-and-D wing, with emphasis on the defense. And though the Mavericks lost the shooting of Seth Curry, you have to feel comfortable with the move knowing that they drafted sharpshooter Tyrell Terry.

I also love the trade acquisitions. Landing Josh Richardson, like Josh Green, speaks to the emphasis and focus on improving defensively, especially on the perimeter. Richardson brings a tough mentality on the wing as well as an underrated offensive skillset that will fit perfectly next to Luka. After the Clippers playoff series, acquiring James Johnson is the perfect move for Dallas. Granted, will Johnson play a lot? Probably not. But, that’s not why he’s here. Every team needs THAT tough guy. The guy you’d want by your side in a dark alley and Johnson is that. He won’t stand for Marcus Morris attempting to bully Doncic or any of the Mavericks. And contractually, landing another expiring as well as shedding Delon Wright’s contract gives Dallas more flexibility for next offseason.

Free agency wise, eh. Another C+ effort. Another dud of sorts but it’s not the end of the world that NBA Twitter makes it seem out to be. Sure, not landing your free agency targets is a bummer, especially as it’s become a trend for Dallas, but I don’t think the Mavericks missed out on anyone that would necessarily shoot them up to the top of the conference. Bringing back Burke is a solid get for the bench and a flier on Iwundu is something worth going for. Now, if next year’s free agency is a dud, then the need for concern makes sense.

Are the Mavericks better overall than they were a week ago?
Reese: The Mavericks are 100% better than they were at the start of last week. They’ve addressed several major needs (wing defense, secondary creation) while not sacrificing their greatest strength (offense, shooting.) Their core group was likely to take a step forward anyway, but mix in the new additions and you might compete for home court.

Dylan: Their size, versatility and edge is certainly improved over the last week. I think those aspects of their roster were relatively weak on what was generally just a young and “fun” team last season. Now with some playoff experience and a couple more playoff-tested veterans in Richardson and Johnson, they certainly have the lineup and and intangibles to take a step forward in the postseason.

Mulford: This is a better team than what we saw in the bubble, by far. The Mavericks wanted to get better defensively and add toughness; they did just that. Adding someone like Richardson who not only fits that mold but fits the age timeline with the current roster, is a huge addition for Dallas. Along with Johnson, the Mavericks now have some guys with a legit dawg mentality, which they seemed to lack in the past few seasons. If the Green and Terry can contribute consistently, this team will, like Reese mentioned, fight for a top-4 seed.

Which new player do you think we’ll look back on in five years and think they made the biggest overall impact on the franchise?
Reese: As much as I’d love for this to be Green, Terry, or Bey, I think it’s got to be Richardson. I understand that he’s on an expiring deal, but he’s a proven starting-quality wing. You don’t just let those guys go to recklessly pursue pipe dreams in free agency. As I outlined earlier, I think his fit here is perfect and this will be a mutually beneficial partnership for many years to come.

Dylan: I’ll cautiously go with Terry here. I think the Mavericks have a good track record with being able to turn undersized guards into valuable scorers in this league and everything I read about Tyrell certainly hints that he has the skills, the IQ and the motor to do what it takes to succeed as a sharp-shooter in the NBA. If he can hit three’s at a percentage in the high 30’s and develops the body to be able to get himself free for open shots on an NBA court, I think Luka will provide him enough quality looks to be a double-digit scorer really quickly.

Mulford: I’m going to go with J-Rich. The Mavericks didn’t trade a valuable asset, and great contract, in Seth Curry to just lose Richardson after this season. Or so you’d hope. Richardson fits the mold of what the Mavericks wanted to add this offseason, defensive and toughness, as previously mentioned. His size on the wing defensively as well as a versatile offensive skillset fits perfect next to Luka and will for the foreseeable future.