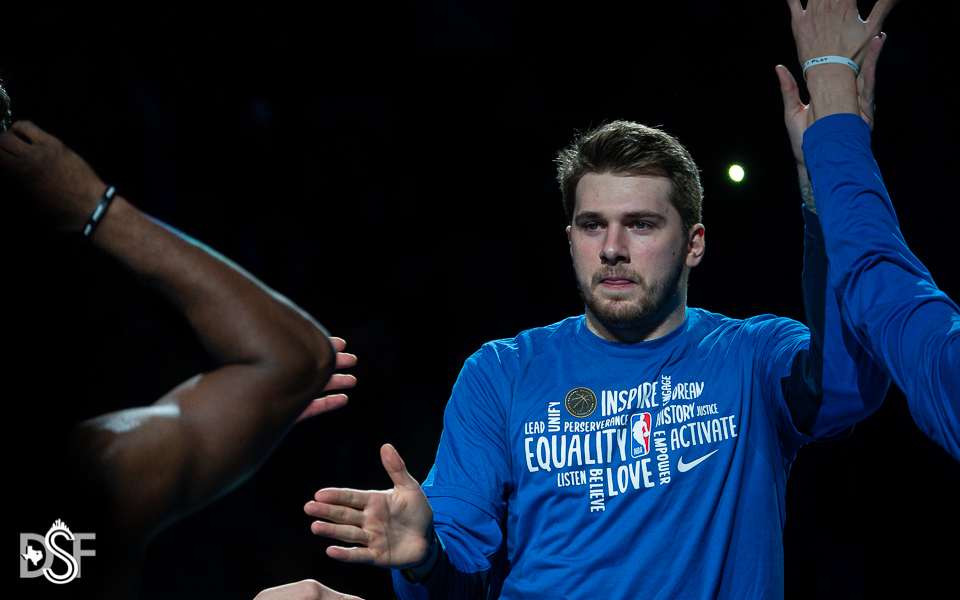 Three big questions surrounding the Mavericks after the All-Star break

Three big questions surrounding the Mavericks after the All-Star break

It feels like it’s been an eternity since the Mavericks took care of the Sacramento Kings at the American Airlines Center last Wednesday night. Since then we’ve had Luka and Trae Young hugging at halfcourt after Doncic nailed a buzzer-beater during the Risings Stars game, a controversial ending to the Slam Dunk contest, and the electrifying fourth quarter of Sunday’s All-Star game. Plenty of basketball action over the weekend, but this week has been pretty sad without the reliable excitement of the NBA.

A few teams around the league kick off the so-called “second half” of the season on Thursday night, but the Mavericks will face off with Aaron Gordon and the Orlando Magic on Friday to begin their spring towards the postseason. At 33-22 and tied for sixth in the Western Conference, there are plenty of reasons for excitement around the team as they seemed poised to make it the NBA playoffs for the first time since 2016.  There are, however, plenty of questions surrounding the team after a turbulent last couple of months on several fronts. Here’s a look at a few of the biggest question marks…

Can they stay healthy?
The Mavericks have played just nine games since December 14th with both Luka Doncic and Kristaps Porzingis in the lineup. After missing ten consecutive games in late December/January, Porzingis has played in 11 out of the last 13 games with the only two misses being “load management” for his knee on the second night of a back-to-back. Doncic, of course, made his return to the lineup against the Kings before the All-Star break after missing seven straight games after turning his ankle a few weeks back.

Doncic has already missed 11 games this season, more than the 10 he missed in his rookie season, and with both absences being caused by the same injury, one has to be slightly worried that this could be something that comes up again before the end of the season. The Mavericks play at a 52 win pace (64 winning %) with Luka on the court compared to just a 5-6 record without him, so he must remain on the court for Dallas to have expectations of moving up in the standings down the stretch.

Will the recent additions to the roster play a major role?
It has been about a month since Dallas sent a second round pick to the Warriors in exchange for Willie Cauley-Stein.  The big man has averaged just 12.3 minutes per contest over the nine games Rick Carlisle has slowly integrated him into the system.  Again, he has played most of his games with either Porzingis or Doncic unavailable so it is hard to know what exactly he will be asked to do with the roster at “full-strength.”

Dallas also waived fan-favorite Ryan Broekhoff in order to sign former number two overall pick Michael Kidd-Gilchrist to help boost their defense. Kidd-Gilchrist practiced with the team before last week’s game against Sacramento, but was not active for the final game before the All-Star break because Carlisle wanted him to have more time to get in shape, he only appeared in 12 games with the Hornets this season, and get familiar with the team.

It’s hard to get past his historically bad shooting that is accompanied by a seriously troubling form (seen below), but perhaps he won’t need to do too much perimeter shooting as many, including Carlisle, have speculated he could see a lot of time at either power forward or center. With a 230 pound frame, Kidd-Gilchrist should be able to handle the grunt work of rolling to the paint and absorbing contact on both offense and defense.

While that form is tough to forgive, the main reason Kidd-Gilchrist was brought on was to address the final question…

Can they improve their defense with the personnel currently on the roster?
No one can ever question the Mavericks offense, outside of the last five minutes of a close game, as they rank third in the league in points per game at 116 per game and rank first in overall offensive rating, but the defensive end has been a struggle for Dallas this season.

Defense around the league is going in the wrong direction, but Dallas is simply a mediocre-to-bad team on this end overall.  They had been floating around 15th overall in defensive rating  for a lot of the season, but have now fallen to 18th according to NBA.com’s stats page. While you might want to shrug and say “Oh well, they have a historic offense,” history shows you need to have both a top ten offense and defense to be a true title contender. With more than two-thirds of the regular season behind us, there’s nothing the Mavericks could realistically do drastically improve their numbers to the point they get into the top ten on defense for the season, but they can certainly shoot for being a top-ten defensive team after the All-Star break.

With the shot-blocking potential of Porzingis (1.9 per game), Maxi Kleber (1.1) and Cauley-Stein (.9), one would think they’d be better than 18th in giving up points in the paint at 49.1 per game. Their transition defense has been horrendous all season as they give up more fast break points than anyone in the NBA at 16.6 per game. While steals are a bit of a deceiving stat, they rank 28th overall in that category at just 6 swipes per game. These things need to be better. This is the group of players who are going to need to figure out how to make them better.

With a hopefully improved outlook health-wise, new additions to the roster and a forgiving schedule over the next few weeks, it will be important for the Mavericks to make a big statement coming out of the All-Star break.

Playoff basketball is likely right around the corner. If they’re able to get better in a few areas, this team might just have to plan on playing for quite a while after the end of the regular season.