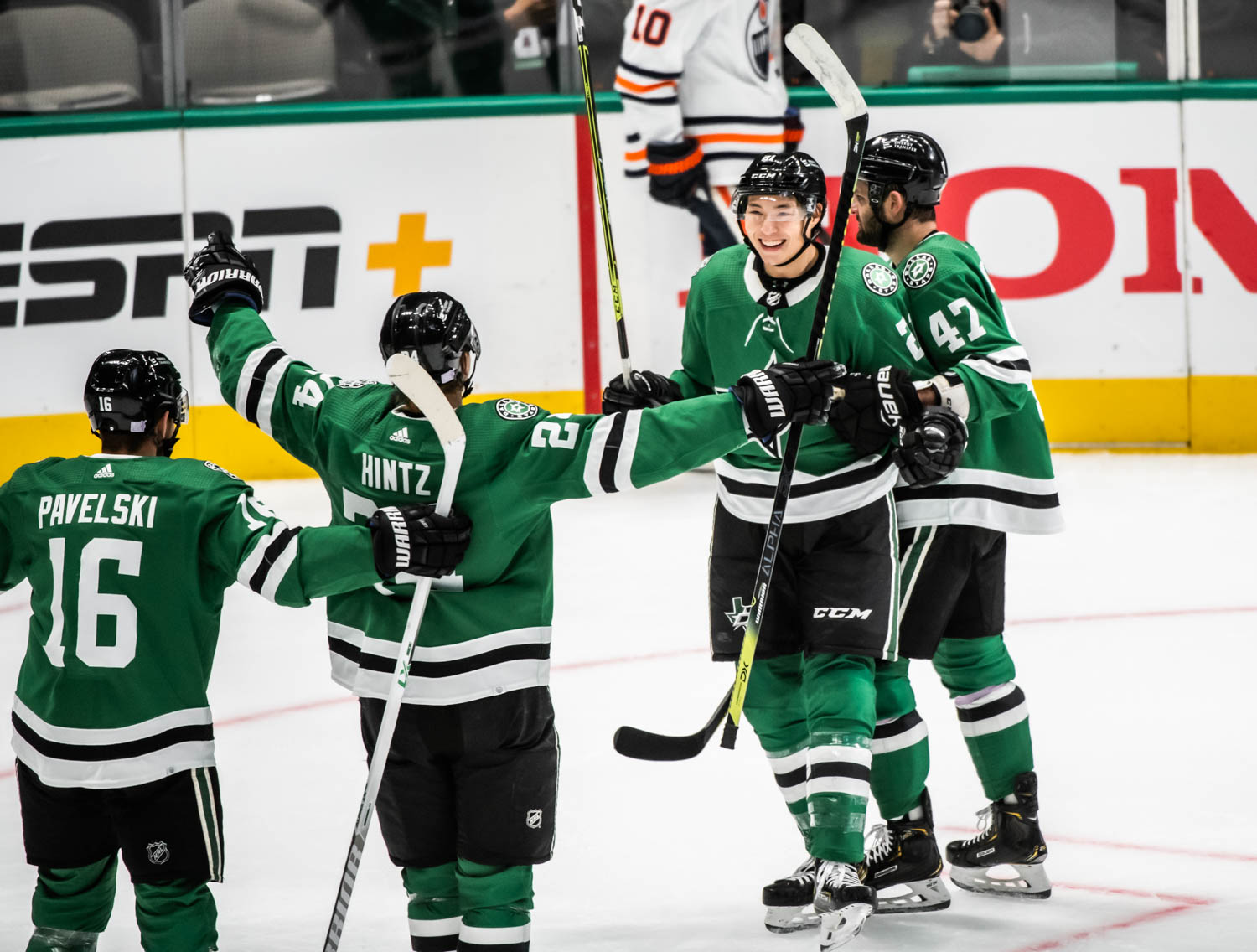 If 2022 were like 2021- in which the Dallas Stars played a pandemic-shortened, 56-game sprint all within one Spring, Dallas would be in good shape.

As the calendar flips to 2023, the Stars wrap up a successful calendar year that saw them come within a goal of reaching the second round of the 2022 Stanley Cup Playoffs, and sit firmly atop the Central Standings headed into their final game of the December.

Though the 2021-22 season was a strong 98-point campaign, Dallas looks all-around stronger and more composed in ’22-23 thus far under first-year head coach Peter Doeboer It boasts the fifth-highest point total in the National Hockey League, and the third-best goal differential in the circuit. Still, amid all the certainties, there’s always room for questions.

There’s never been a question as to whether Jason Robertson, Roope Hintz and Joe Pavelski were going to score. They’ve given opposing defenses fits and carried the Stars offensively for nearly two complete seasons- and that hasn’t changed this year- 53 of the team’s 128 goals (that total’s good for second in the league, by the way) have come from the three. The question was: who steps up around them? Jamie Benn has been the answer so far, while Tyler Seguin, Mason Marchment and rookie Wyatt Johnson have shown promise. Can they keep it going and solidify Robertson’s Hart Trophy campaign?

Can they stay healthy?

Benn and Tyler Seguin have both seen career resurgences under Deboer- and they’ve both managed to stay healthy. As for goalie Jake Oettinger, it’s been a bit of a different story. Though elite when in the net, Stars fans have seen a bit more of backup Scott Wedgewood than they’d like. Oettinger has made 26 starts, while Wedgewood has made 13 between the pipes.

What moves does Jim Nill make at the deadline?

It’s early- but never to premature to speculate. Nill has been relatively quiet at the deadline in recent years, but with an aging team at the top of the standings, is this the year Dallas’ general manager makes an all-in move?

The Stars drop the puck on 2023 with a California road trip on Jan. 3 at Los Angeles, followed by a trip to Anaheim to reunite with longtime Star defenseman John Klingberg the night after.