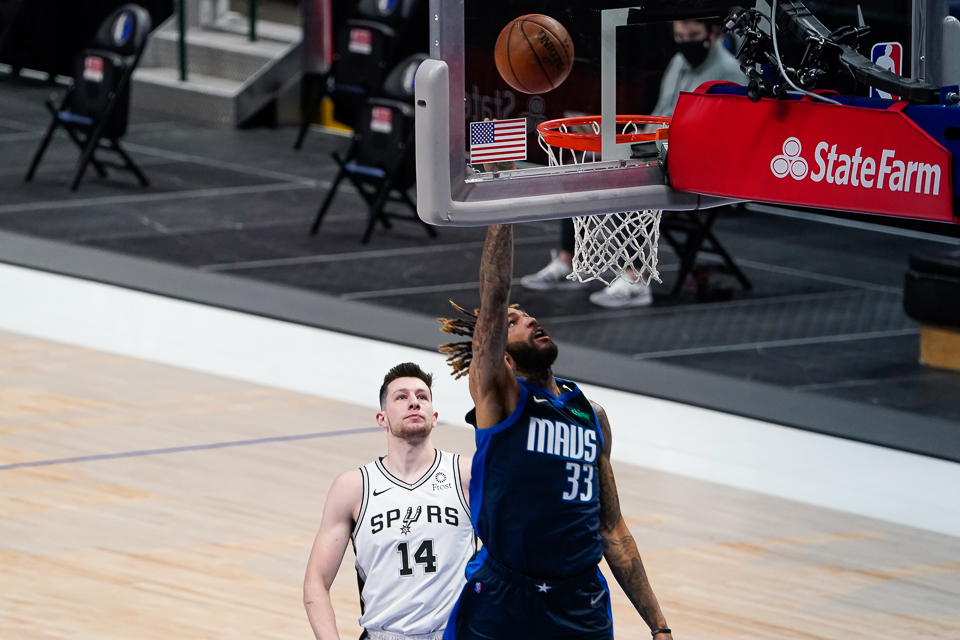 Three interesting things to monitor with the Mavs this preseason

Three interesting things to monitor with the Mavs this preseason

The Mavericks kick off their four game preseason slate tonight at the American Airlines Center when they host the Utah Jazz.

The actual results of the games this preseason won’t be the least bit interesting, but there are some aspects/players on the Mavericks roster that actually will be something to monitor over the next couple of weeks.

How will the minutes actually be distributed among the big men
There are almost so many big men on the Mavericks currently that you wonder if one could possibly be traded/waived before the final roster is announced.

Kristaps Porzingis is in a class of his own as far as it being a given he’ll get thirty plus minutes a night. Boban Marjanovic is back on a new two year deal that will have him providing the same role of comic relief, positive locker room presence and the occasional “break glass if needed” option at the end of the bench, but shouldn’t figure too much into the equation on your average night throughout the regular season.

Then there’s Dwight Powell, Maxi Kleber, Willie Cauley-Stein and newcomer Moses Brown. Powell, who won’t be in action tonight, is the longest tenured Maverick and has a lot to prove after his first season post-Achilles injury was very underwhelming before a strong finish to the regular season. Kleber also is looking to bounce back from a disappointing season that was derailed by injuries and a lengthy COVID absence. Cauley-Stein is always capable making a noticeable impact on a game on any given night, but has proven to be unreliable when it comes to being a consistent contributor over the course of an entire season. Brown is incredibly fascinating or a likely non-factor depending on who you ask. He put up great numbers on an incredibly terrible Oklahoma City Thunder team in the second half of last season, but perhaps there was plenty that could translate over to helping a winning basketball team.

This is likely an issue the Mavericks will have to tinker with over the next few months, but it will be interesting to see if Brown or Cauley-Stein can bully their way into more minutes over the more established/highly thought of Powell and Kleber in the first few weeks of the season.

Is Josh Green ready to be a legitimate role player?
We’re not going to have this answered over four preseason games, but I would really hope to see a lot of Green throughout these exhibitions after his disappointing summer where he sparingly played for Australia in the Olympics and not at all for the Mavericks Summer League team.

It was abundantly clear that Green can have an impact on an NBA game with his energy and athleticism alone in his rookie season. It was not clear at all, however, that he has the offensive skillset to carve out a role that would give him a legitimate career in the league.

Once the Mavs got off to that 9-14 start to last season, Rick Carlisle understandably went to his veterans to try to get a team with playoff expectations back on track. Green played just six minutes in the entire month of February and didn’t have anything resembling consistent playing time until the final month of the regular season when he averaged 15 minutes a game in May. However, he shot just 14% from deep and 50% from the line that month. More troubling was that he only took seven three-pointers in that month with regular playing time. He, like his fellow draft class member Tyrell Terry, was too passive in his limited time on the court.

Hopefully a new coaching staff that is clearly built on better communication and energy more than the previous one will be able to instill more confidence in the 2020 first round draft pick.

Will Jason Kidd do anything to really stand out in any sort of way?
Jason Kidd being the Mavericks coach is still a wild thing to wrap your mind around. Seeing him on the sidelines tonight will certainly be what makes it finally sink in. What exactly should anyone even expect out of him?

With virtually an entire new staff around him, how much of his DNA will even be imprinted on this team?

Will we be able to tell any of this from four preseason games? Probably not, but it will definitely be something to keep an eye on. The way he talks to the players during a pause in the action. The way players look during a timeout. The way they break a huddle. Rick Carlisle was failing all of those eyeball tests towards the end of last season.

While the real deal doesn’t start for another two weeks, it’s still exciting to get a tiny taste of Mavericks basketball starting on Wednesday night. Basketball is back.