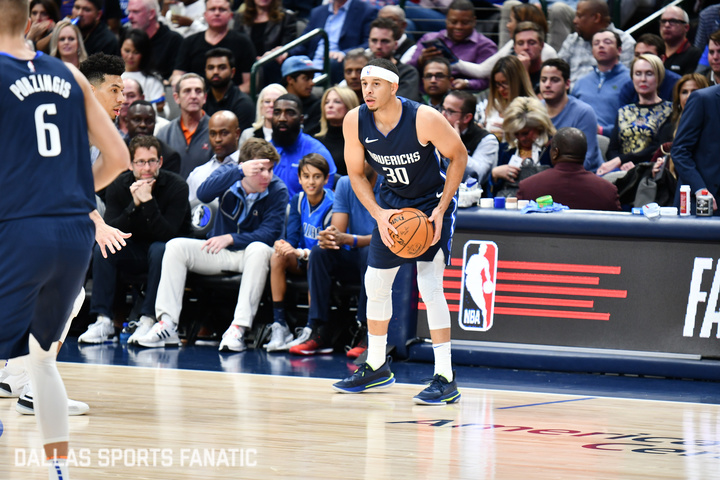 Three observations from the Mavericks scrimmage victory over the Lakers

Three observations from the Mavericks scrimmage victory over the Lakers

Basketball is back, folks.

Man, did watching two NBA teams play each other, albeit a scrimmage, feel almost normal again.

The Dallas Mavericks opened up their first of three scrimmages in Orlando against the Los Angeles Lakers, topping the Lakers, 108-104.

Though the Lakers led by 11 at halftime, LeBron and Anthony Davis didn’t play in the second half, giving the Mavericks the advantage.

Rick Carlisle talked yesterday about how hard Seth was working during the layoff, whether at home or at the Mavs facility, and how his shooting was still in rhythm from the season during the team’s practices leading up to the first scrimmage.

Seth came out and shot 8/8 from the field, including six makes from downtown, to total 23 points and led the Mavericks to victory.

From the jump, Curry was looking for his shot and helping spread the floor for Luka to attack.

With Seth shooting like this, which is how we remember him shooting, the Mavericks can do damage in the restart by hopefully moving up in the standings and leaving their mark in the playoffs.

One thing I thought was notable was Luka looked to attack the cup over potentially settling for his signature stepback three. When Luka consistently drives through the lane, that collapses the defense onto him, opening up passing lanes for open shooters, which is what Luka does best; find the open man.

With his touch around the basket and improved floater, if Luka can continue to patten his stepback along with consistently attacking the basket to either score for himself or dish to others, this Mavericks offense will continue to be the best in the league.

The wrath of Boban

He clearly can’t be missed and certainly left his mark on the game tonight.

Boban was all over the place on both ends, finishing with 17 points, 13 rebounds, two assists, one steal, and two blocks.

Whether it was Dwight Howard or JaVale Mcgee, Boban was making life hard for the two Lakers big men, able to contest their shots and get his hand on every rebound or loose ball.

With Dwight Powell out and Willie Cauley-Stein not in Orlando, we may be seeing more PT for Boban during the NBA restart.

The Mavericks’ next scrimmage will be on Sunday against the Indiana Pacers.