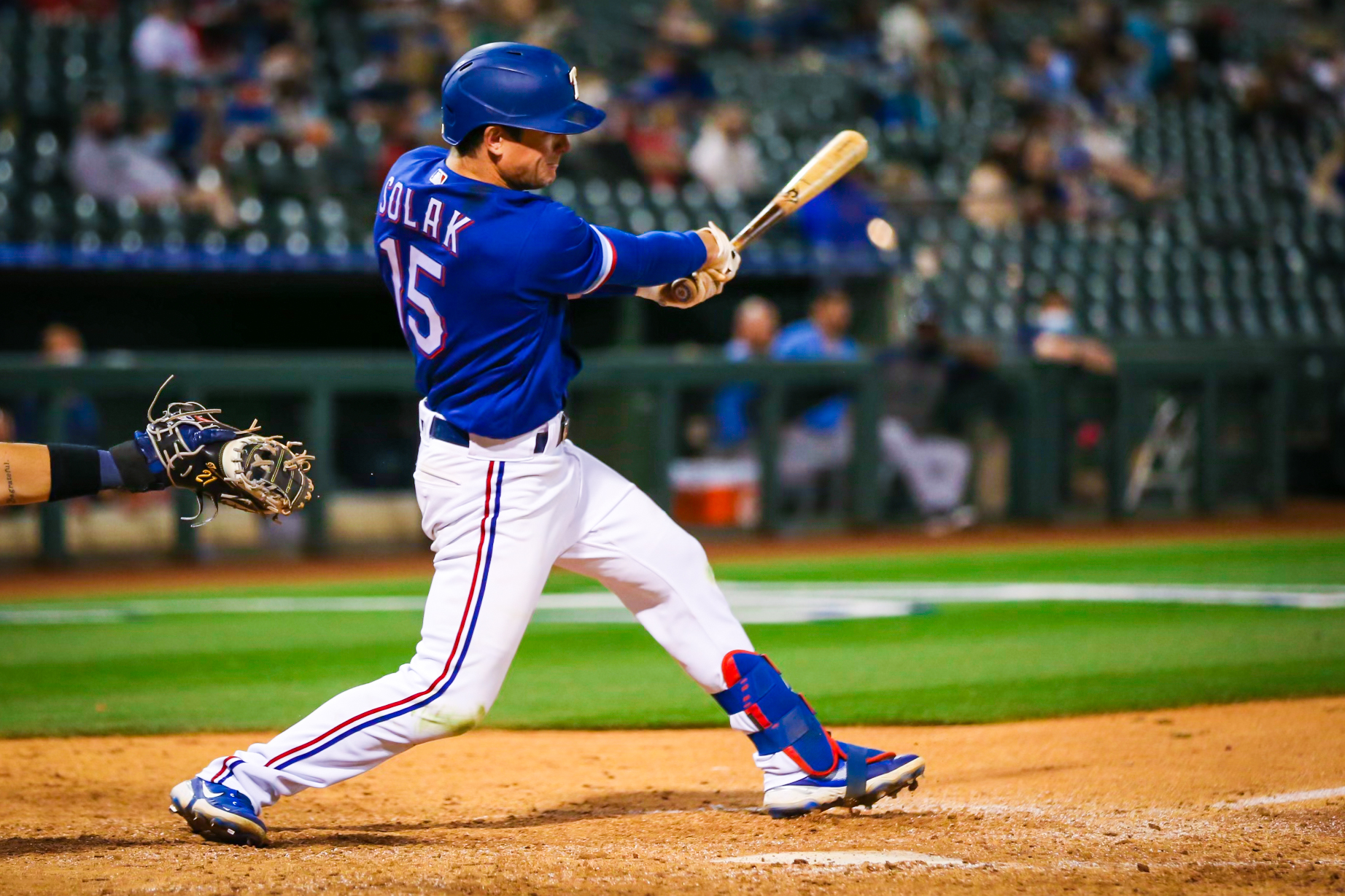 The Rangers are winding down to the final four weeks of the 2021 season. The team has undergone a massive overhaul from Opening Day, and while there’s a lot of firepower roaming in the minor leagues, there are still many unknowns among the current roster in the big leagues.

Nick Solak spent about a month at Round Rock to clear his head. “Being sent down is a bit of a reset physically and mentally,” Solak told me. Since Nick has been back with the Rangers, he’s hitting .347 and ended his week plus in August on a high note. Of course, the Rangers have Justin Foscue wandering in Frisco at the moment, but Solak is 26 with only two years of MLB experience. Things have overall slid down since his short, successful rookie season, but it looks like Nick is back on track. I’d say Solak is a front runner to start second base entering 2022 Spring Training (barring a major free agent signing).

Solak liked what he was doing before the demotion on the defensive side, and it was about staying on track in Round Rock. “I think I was on a good track of what I was working on up here before I got sent down,” Solak said. Nick mentioned he got pregame work at both shortstop and third base, taking ground balls.

Nick Solak gets in on the fun with a two-run bomb! 💣#StraightUpTX pic.twitter.com/X8Ko2CpV4p

The 2021 season started with veteran Ian Kennedy getting the nod as Rangers closer. Before that, the target was either Jose Leclerc or Jonathan Hernandez, as both went down with season-ending injuries. Now, Joe Barlow is getting the shot as closing. After three successful save changes, Barlow struggled on Wednesday’s loss against the Rockies and then had an outing where he allowed two baserunners Sunday. “The thing that surprised me [Wednesday] was the walks,” Chris Woodward told me. “Joe is fine. To see him bounce back and strike out [Ohani] is a lot of confidence built off of that.” It’s unsure what plans hold for Hernandez or Leclerc, but hey, multiple guys with closer experience is an excellent problem to have.

Keep in mind with Barlow, he only got the closer nod three weeks ago and missed ten days due to a blister issue. Earlier, he set the Rangers’ record for consecutive batters retired by strikeout, which by the way, the streak began during his sixth MLB appearance.

Before the COVID-19 issues the Rangers faced, Jonah Heim was the club’s number one catcher on the depth start. Then Jose Trevino stepped in and made things more complicated (a good kind of complicated). While .250 isn’t astounding, in 2021, Rangers’ catchers are hitting .219 all season. All season I’ve discussed the catching depth the Rangers possess, and for a good reason. Yohel Pozo has caught one game due to the club’s roster circumstances and Trevino catching eight days in a row, and Sam Huff hasn’t caught since his knee surgery (been DHing and first base in the minors this year).

I’m curious if the Rangers want to progress with Huff as a future catcher with the knee surgery. His offensive ability is out of this world, and the Rangers may try to shift him to first base. It’s a talent you don’t want to waste that keeps the door open for both Trevino and Heim.

Yes, the Rangers are on pace for, at worst, the number four pick in next years’ draft, but don’t let that fool you in expectation to end the season. The young guys have a lot to play for in the final month of this season, and it’s pecking time to see who the club feels stays and goes.