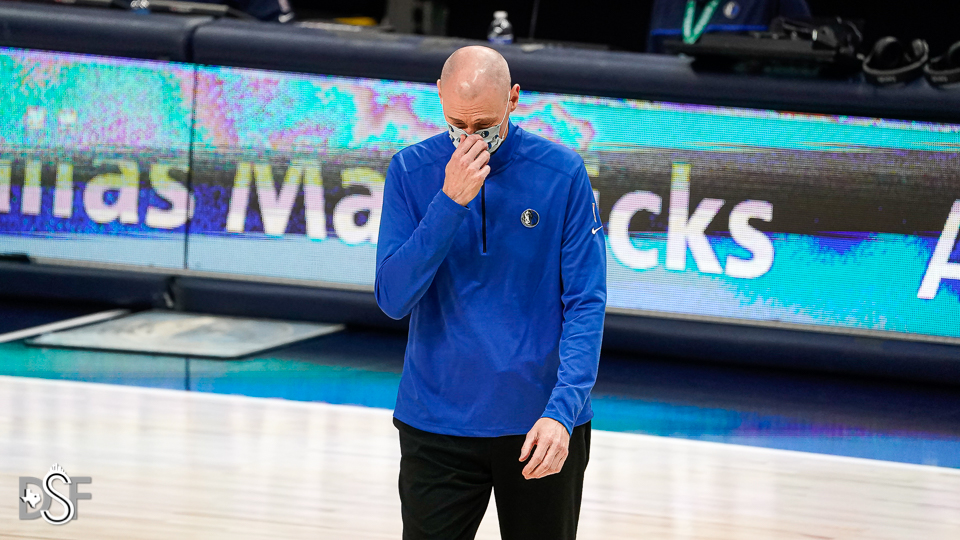 “This is a murderous week. Very, very difficult.”

The short-handed Mavericks fell to the Raptors 116-93, making tonight Dallas’ third consecutive loss. To add to the short-handed roster, Carlisle was ejected near the end of the first quarter for arguing a missed call, handing Coach Jamahl Mosley the keys for the remaining three quarters.

Again, Dallas was without a good portion of their roster due to COVID protocols. Josh Richardson, Dorian Finney-Smith, Maxi Kleber, and Dwight Powell all missed tonight’s game while Jalen Brunson returned due to contract tracing.

Kristaps Porzingis led the way for Dallas with 23 points and 9 rebounds. Luka Doncic finished with 15 points, 7 rebounds, and 9 assists on only 11 shots.

The Raptors’s defensive game plan was clear tonight; anyone but Doncic. And that’s exactly what they did. Toronto sent two, if not three, defenders at Luka almost anytime he touched the ball, whether that’s coming off a screen or driving to the cup.

“When I drive the ball every time, I see four people in the paint,” Luka said. “That’s why I only took 11 shots.”

Nick Nurse’s game plan implemented by the abundance of smart, versatile defenders to slow down Luka was surely affective and will be interesting to see if other teams follow suit.

In his third game of the season, Kristaps Porzingis looked his most comfortable, scoring 23 points on 8/14 shooting.

“I think you can see with every game, I’m getting more and more comfortable out there,” Porzingis said postgame.

With Luka being pressed heavily by multiple Raptor defenders, KP’s efficiency tonight helped keep the Mavericks within reach until late in the third quarter when Toronto went on their run.

Kristaps will continue to find his comfort and groove game to game which is only positive news for the Mavericks.

COVID has hit across the entire league with several positive cases and several postponed games.

The Mavericks have been no different, having five players been out due to positive tests and/or contact tracing.

Dallas saw Jalen Brunson return tonight as Richardson, Finney-Smith, Kleber, and Powell all remain out due to positive COVID tests.

In their place, Josh Green and Wes Iwundu has seen a large uptick in minutes played to make up for the perimeter defense of J-Rich and DFS. In particular, rookie Josh Green has shown great energy and defensive prowess. Once he continues to become more comfortable on the offensive end, Green should be a constant in the Mavericks rotation.

With losers of three straight, the Mavericks can only hope to get their full roster back as soon as possible with three more games this week, including another back-to-back this weekend.