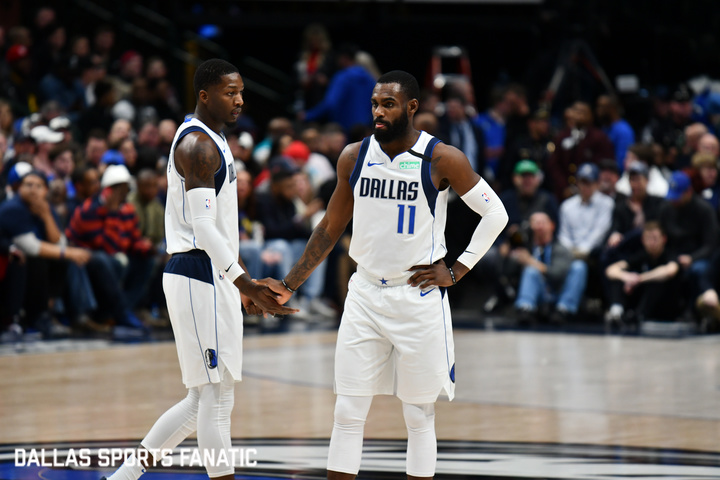 Three takeaways from the Mavericks big win over the Heat

Three takeaways from the Mavericks big win over the Heat

For the third time in two weeks, the Mavericks needed to follow up a disappointing loss to the Sacramento Kings. For the third time, they were able to come away with a much-needed big W. On Tuesday night, the win came over the Miami Heat at American Airlines Arena by a score of 127-113.

There were notable players missing from both sides (Kristaps Porzingis and Maxi Kleber for Dallas and Jimmy Butler and Tyler Herro for Miami, just to name a few), but the players on the court for Dallas definitely came up with a big-time performance from the middle of the second quarter on as Dallas shot a scorching 46% from beyond the arc.

Tim Hardaway Jr. ties franchise record three point makes in a game
With Hardaway Jr., you always know you’re going to have an interesting performance. Sometimes it will be ice cold with head-scratching shot attempts, but other times, like on Tuesday, the man is an absolute flame-thrower and looks to be the most important offensive player on the Mavericks besides Luka Doncic. Tuesday proved to be an example of the latter as Hardaway Jr. scored 36 points on 13/24 shooting, including a franchise-record-tying 10 made three’s. The ten made three’s tied him with Wesley Matthews (December 2016) and George McCloud (December 1995).

Tim Hardaway Jr. on tying the Mavs' single-game 3-point record: "When you have been hot like that, had it going, you're not really focused on any records or anything like that. The game was just coming to me."

When Hardaway Jr. is going like this, it’s hard to note root for the Mavericks immediately re-signing him to a long-term deal when free agency opens this summer. The question remains just how much money do you throw his way? That’s a problem for down the road as THJ is currently providing big time performances for a Mavs team trying to do damage in the present.

Josh Green makes his mark
He sure has had a short leash for most of the season, but Rick Carlisle sure let the energetic dog that is Josh Green run all around the backyard. Green played 24 minutes on the night and was a huge part of a Mavericks second quarter run that absolutely flipped the game on its head and had the Mavericks holding a nine-point lead at halftime that they wouldn’t relinquish the rest of the way.

The 24 minutes for Green tonight were the most he had played in a game since back on January 17th when he played his season/career high of 32 minutes. While he certainly has a ways to go with his shot and ability to finish at the rim, Green’s impact on the defensive end, glass, and passing game is undeniable and much appreciated by teammates and coaches alike.

The rook is making an impact on the floor 🔋 @JoshBGreen | #MFFL pic.twitter.com/hrjqjWsdpC

"Doing whatever I can to get a win… if that mean's scoring 0 points but being there on the defensive end, I'm all for it."@JoshBGreen meets with the media after recording 4 points, 4 rebounds, 3 assists and 3 steals in 24 mins in the win over Miami. #MFFL pic.twitter.com/G7UCriUiyS

Standings carousel continues
On the Mavericks’ off night on Monday, the Lakers beat the Nuggets to eek ahead of Dallas by half a game in the standings while the Blazers lost to the Hawks to fall one half game behind Dallas. After their win tonight, Dallas is back in fifth place in the Western Conference standings as the win pushed them to 37-28 and ahead of the Lakers via a season series win. Portland is now one game back at 36-29.

On Wednesday, the Blazers will be in Cleveland to face the Cavaliers and the Lakers will play the role of the road team in a game against the Clippers at the Staples Center.

There is no time to take it easy as the regular season winds down and the trio of Portland, Los Angeles and Dallas will all desperately try to avoid the new play-in tournament that awaits the seventh seed.

Up next, the Mavericks will face the mighty Brooklyn Nets on Thursday night at 6:30.