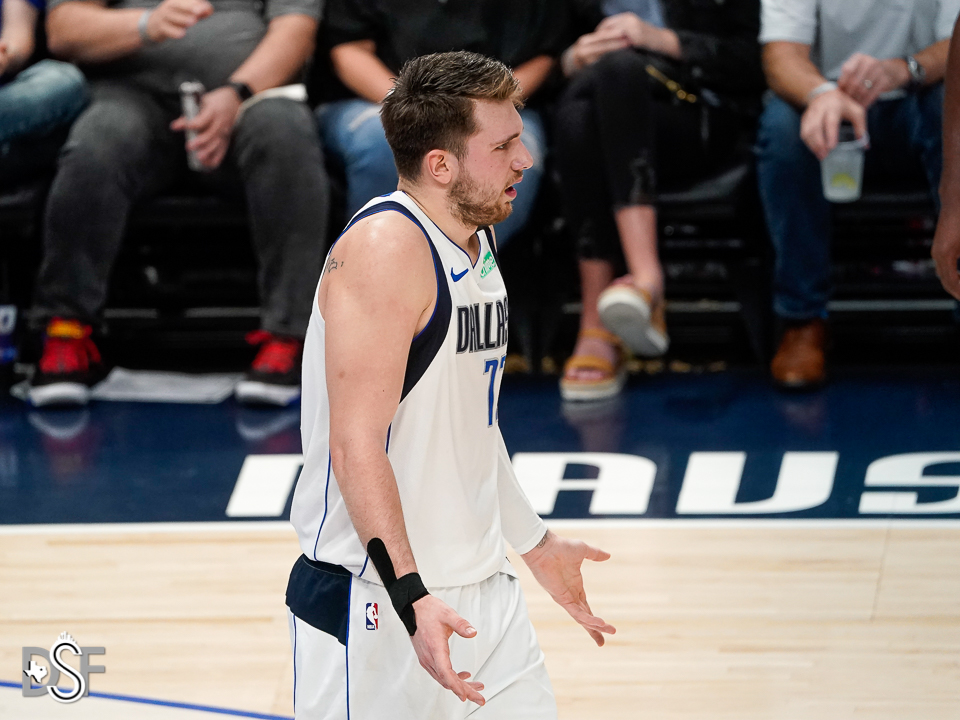 Playoff basketball was so close to becoming reality in Dallas we could almost taste it. Then Covid-19 had to come in and ruin everything inside and outside the world of basketball. There is no guarantee that the NBA season will resume as we have officially eclipsed the one month mark since we have watched the Mavs play a live basketball game. They played the Nuggets on March 11th, the same day the NBA announced that it would be suspending the season in response to the global virus pandemic. Regardless of if the season resumes or not, there are three things the Mavs should be taking care of during this suspension to help them win now and in the future.

Luka Doncic should have a basketball goal and a free throw line marked off in his driveway at home right now. All this time off in isolation presents the perfect opportunity for the Mavs All-Star to get a grip on one of the few flaws in his game. Doncic is a master at getting inside the defense, scoring around the rim, and drawing fouls. He also takes a beating in order to do so. He needs to better capitalize on the beating his body takes for the opportunity to earn easy points. In the last six games before the season suspension, Doncic shot over 67% from the free throw line only one time on roughly 10 free throws a game. Sure, he only missed three out of ten on average, but over that stretch they managed to lose two games by three or less points.

His free throw percentage was also taking a dive as the season progressed. Part of this is due to the general long wear and tear of the NBA season. The other was probably due to the wrist and ankle injuries. But sometimes it seemed Luka would get inside his own head at the line, visibly showing frustration and missing multiple free throws in a row at times. Taking advantage of the time off to heal up and find mental clarity at the charity stripe would be a big help to this Mavs team now and for the foreseeable future. Maybe a call to good old friend Dirk Nowitzki for some mental pointers wouldn’t hurt either? After all, he shot almost 90% at the line for over 20 seasons in Dallas.

When Kristaps Porzingis has felt healthy this season, you could really see it in his game. Before he missed 10 games due to knee soreness, Porzingis was regaining the form that made him an All-Star with the Knicks. In 10 games before the injury he averaged 19 points, 11 rebounds, and 2.5 blocks per game. He also chipped in 2 assists per game over that span, an area that was lacking at the beginning of the season as he adjusted to a new offense.

After Porzingis returned from the injury he proceeded to go on a tear, putting up 22 points, 10 rebounds, 2 blocks, and 2 assists per night. He did this while shooting 43% from the field, 34% from three, and 86% from the free throw line. The Mavs stopped playing Porzingis in back-to-back sets after he aggravated his knee. It was a smart move that paid dividends. It looks like his value on the court will always be tied to how healthy his body and knees are. Hopefully Porzingis and the Mavs training staff have used the suspension to their benefit and gotten Porzingis’s knees a little more healthy, so Mavs fans can be a little more at ease.

Coach Rick Carlisle probably doesn’t care for my opinion, but I would like to see more Seth Curry when we get to see Mavs basketball again. I think many other Mavs fans would too. Curry is having his best season as a pro in his second run in a Dallas uniform. In roughly 24 minutes this season Curry has chipped in 13 points, 2 assists, and 2 rebounds while shooting 50% from the field, 45% from three, and 84% from the free throw line. He is as close to “can’t miss” as there is in the league. His 45% from three is good for 2nd in the NBA behind George Hill, who is at 48% but on half the attempts. I would say Curry is the true leader.

Carlisle played Curry heavily the last month and a half before the suspension and Curry took advantage. In the 21 games he played between February 1st and the middle of March, Curry scored 17 points a game on 52% from three. During that span he averaged 28 minutes per game, helping the team to a 13-8 record while missing both Luka Doncic and Kristaps Porzingis at times. His ability to knock down threes is huge, but he also has an uncanny ability to make difficult layups and floaters in the mid-range area. This is important for the players around him that cannot create for themselves, as it makes the defense have to not only jump out to defend his shot, but also collapse on him to defend the floater, leaving guys wide open for easy buckets. Curry gave Carlisle a positive return on his extra investment of minutes, so hopefully when things get back to normal we see Curry for closer to 30 minutes a night rather than 20. Check out Curry’s incredible shot making below.

This man has shot 60% from the field in six of his last nine games. 🥶@sdotcurry | #MFFL pic.twitter.com/mWzJqdC0nR