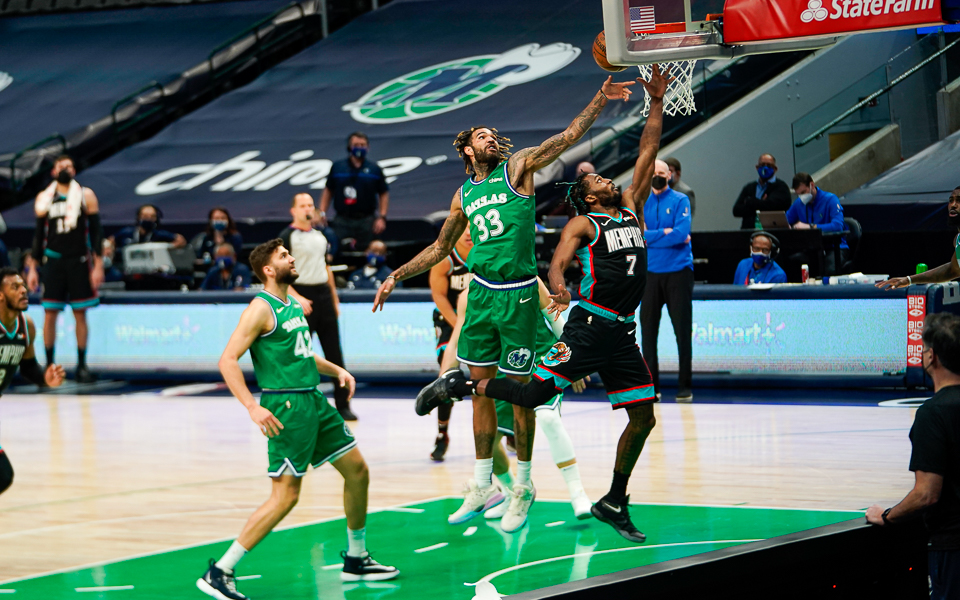 Three things to watch for as the Mavericks travel to Philadelphia

Three things to watch for as the Mavericks travel to Philadelphia

Joel Embiid has solidified himself as an MVP candidate this season, averaging 29.8 points and 11.3 rebounds on the top team in the Eastern Conference. Tonight, the Mavericks will have to attempt to slow down Embiid to have a chance at winning their third-straight game.

With Kristaps Porzingis and Maxi Kleber questionable for tonight’s game, it’s up to the likes of Dwight Powell, Willie Cauley-Stein, and Boban to throw a wrench in the Sixers’ game plan.

In conclusion, expect a dominant game from Embiid tonight.

As stated above, the Mavericks may be without their two starting big men tonight as Kristaps Porzingis and Maxi Kleber are listed as questionable. Porzingis has missed the last two games with lower back tightness. Kleber missed Tuesday’s game against the Celtics with an ankle sprain he suffered on Monday against the Grizzlies.

Without KP and Maxi, expect Willie Cauley-Stein and even James Johnson to step up and play big minutes at center to help defend Joell Embiid.

The Dallas bench has been on fire as of late, led by Tim Hardaway Jr. and Jalen Brunson, who have both been unstoppable the past few weeks. For THJ, in 12 games coming off the bench, he’s averaging 17.8 points per game while shooting 43.6% from deep. If it wasn’t for Utah’s Jordan Clarkson’s play off the bench this season, Hardaway Jr. would be right in the thick of things for 6th Man of the Year voting.

For Brunson, he’s averaging career-highs across the board with 12.3 points, 3.3 rebounds, 3.5 assists and shooting 52.3% from the field and 41.3% from three. The poise and confidence that Brunson has shown this season has been a huge bright spot for the Maverick bench and down the stretch in close games.

With THJ and Brunson playing at such a high level off the bench, this Mavericks team can continue climbing up the Western Conference totem pole and find themselves as a playoff contenders once again.