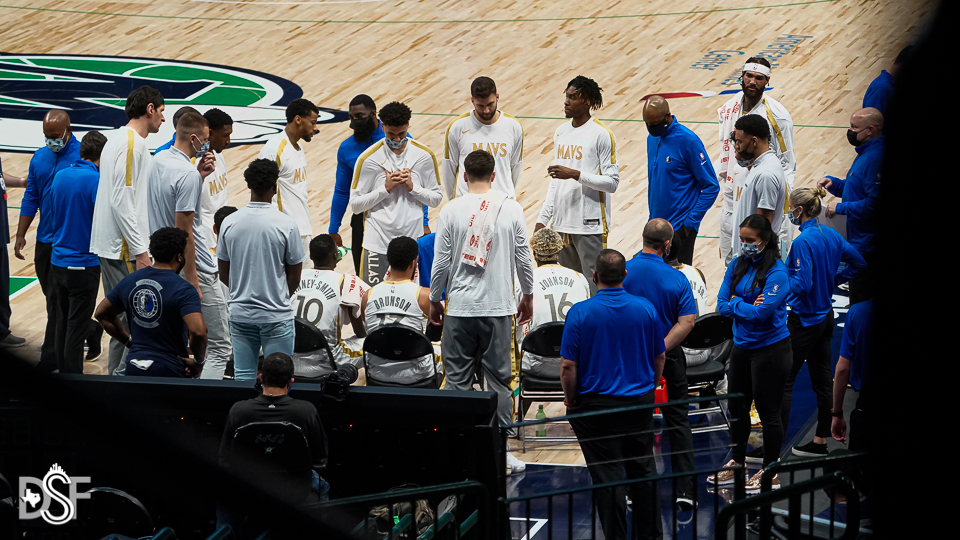 Can they contain the Spurs dynamic young trio of guards?

The first order of business when playing the Spurs: Can you keep DeRozan and Aldridge under control? Rightfully so, they’ve both been terrific players throughout their careers.

However, much of the Spurs strong start to the season can be attributed to the play of their trio of young backcourt players.

Dejounte Murray, Lonnie Walker, and Keldon Johnson all offer coach Gregg Popovich multi-faceted playmaking, shotmaking, and defense. And this is without the rock solid contributions of Derrick White.

Down their ace perimeter stoppers Josh Richardson and Dorian Finney-Smith, Dallas will need others to step up on both ends of the floor.

Can Kristaps put together another solid showing?

Its been an uneven start to KP’s ‘21 season. Understandably so, coming off a knee operation but as the Mavericks continue to play short-handed, the reality of the situation is this: the star power of Luka & KP needs to carry them to victories.

Sure, guys like Hardaway, Brunson, and Burke can all have good offensive outings, but the Mavericks big guns have to show up. Which means more of the 27 point, 13 rebound Kristaps we saw in Indiana.

After Wednesday’s win, he admitted to still feeling a bit rusty, but that he was moving in the right direction. Hopefully we see another step in KP’s return to dominance tonight.

Will the threes finally start to fall?

Perhaps the most improbable part of the Mavericks hard-earned victory over the Pacers: they got absolutely crushed from behind the arc.

Indiana made eight more threes, and for the duration of the game, that margin was even wider until THJ caught fire in the fourth. It’s been a persistent issue for Dallas all year, currently ranking 26th in three-point percentage, a figure that desperately needs to change for this team to reach the heights they aspire to.

KP finding his rhythm should help as well as some positive regression. But it feels like we go into every game wondering if this is the one where they finally catch fire.