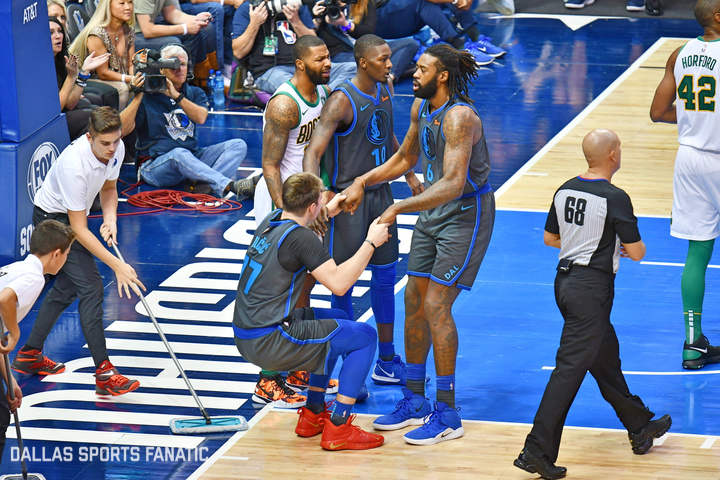 Three things to watch for as the Mavs face the Celtics

Three things to watch for as the Mavs face the Celtics

Following a much needed road victory on Wednesday in Charlotte, the Mavericks look to grab another win on the road tonight against the banged up Boston Celtics.

The Mavs are in luck as Kyrie Irving will miss his second straight game with inflammation in his left eye. In Dallas’ win over Boston in November, the Maverick defense was able to keep Irving under wraps, forcing him to a 9/24 shooting night.

In his place, expect to see Terry Rozier in the starting lineup and without Kyrie, look for more shots for Tatum and especially Hayward off the bench, who scored a season-high 35 points on Wednesday’s victory against Minnesota.

Boston will also be without Aron Baynes and Robert Williams while Marcus Morris is questionable with a neck strain. A banged up Celtics roster indeed.

In November, the Mavericks bench outscored the Celtics bench 40-27. Tonight should be more of the same due to the Boston injuries. With Rozier moving into the starting lineup due to Irving’s absence, the bench scoring will take a hit as well as the absence of Baynes and Williams. If Morris happens to be inactive as well, Jaylen Brown would then move into the starting lineup, leaving the Celtic bench with only Marcus Smart as a consistent rotation player.

If the Mavericks bench can’t take advantage of Boston’s injuries, then Dallas, we have a problem.

Since returning from his wrist injury, Dennis has shot the ball really well. Over his four games back in the lineup, he has shot 54.3% from the field and made 9/17 from downtown. Considering he missed 10 of 11 games, that’s pretty impressive seeing that the wrist he strained was his shooting hand.

In Wednesday’s victory in Charlotte, Dennis played one of his most efficient games as a Maverick in front of over 40 family and friends, scoring 18 points on 6/10 shooting with seven assists and three steals. His defense has also been a topic of discussion during his four games back as he has been locked in on the defensive end of the floor, taking pride in shutting down his match up.

Let’s hope that Dennis continues this upward swing and put all the trade speculation and rumors to bed.

The Mavs tip-off at 7:00pm tonight in Boston.